Stuart Thompson suffered an injury in the first T20I and didn’t feature in the 2nd.

Afghanistan and Ireland teams will be back in action on consecutive days for the T20I series. Just a few hours after the completion of the 2nd T20I, both these teams will take the field again for the last game in the shortest format. In the previous match, Afghanistan proved to be too good for the opposition.

Hazratullah Zazai registered the second highest individual T20I score and was a treat to watch. He decimated the opposition with his sheer hitting to bag the series. Taking immense confidence from the last win, Afghanistan will enter into the final T20I in an attempt to clean sweep the series.

The third and final game of the three-match T20I series between Afghanistan and Ireland will be hosted by the Rajiv Gandhi International Cricket Stadium in Dehradun, Uttarakhand.

The pitch seems to be a great one to bat on. The ball is coming through nicely and there wouldn’t be much that will change in a span of 24 hours. It could be yet another high-scoring game.

Stuart Thompson suffered an injury in the first T20I and didn’t feature in the 2nd.

Usman Ghani scored 139 runs from 4 T20I innings at Dehradun. He looked good in the second T20I and could do well in the last game as well. 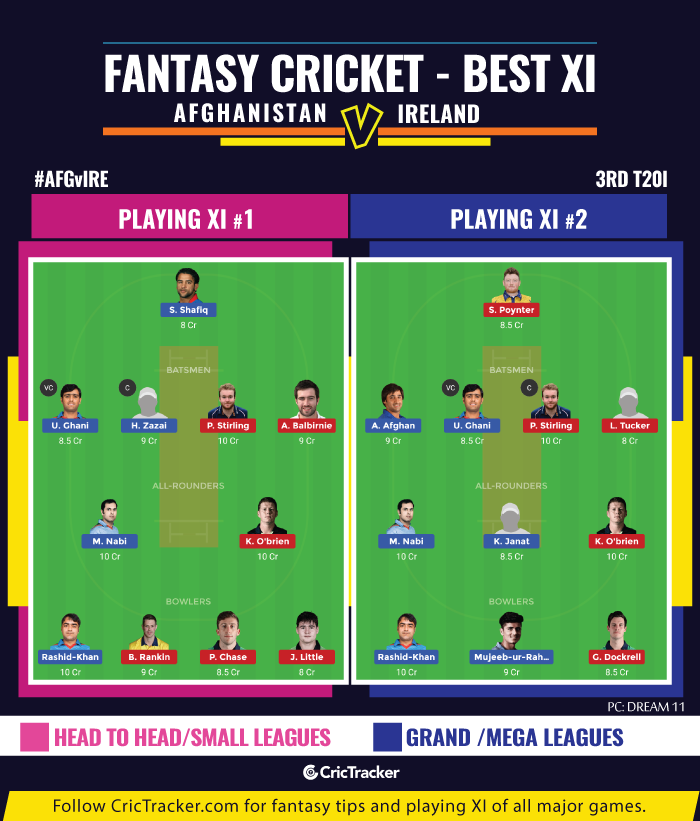 Afghanistan often changes the batting order depending upon the situation. Only openers Zazai and Ghani are sure to bat at their positions (openers).

Afghanistan is predicted to win the match.