Sayed Shirzad might get a game as he didn’t get a chance to bowl during the 2nd game.

Afghanistan has undoubtedly been the dominant team in the ongoing limited-overs fixtures against Ireland. The team, led by Asghar Afghan, started with a five-wicket victory and has turned out to be a tough nut to crack for the visiting Irish team. In the third game of the series at the Rajiv Gandhi International Cricket Stadium in Dehradun, the hosts lost by four wickets.

With the victory, Ireland managed to draw level and the Afghans were in with a stern challenge. However, the loss didn’t unnerve them by any means and they struck back with a thumping 109-run triumph in the penultimate game of the series. With one game left, all Ireland can do is to level the series. But with Afghanistan on top of their game, it won’t be easy by any means.

The 5th game of the 5-match ODI series between Afghanistan and Ireland will be hosted by the Rajiv Gandhi International Cricket Stadium in Dehradun, Uttarakhand.

The pitch has turned out to be a difficult one for stroke-making. But one can reap benefits out of it provided one is ready to put its head down.

250 runs in last seven ODI innings, including three fifties. He had 0 40+ scores in 17 ODI innings before the last 7. 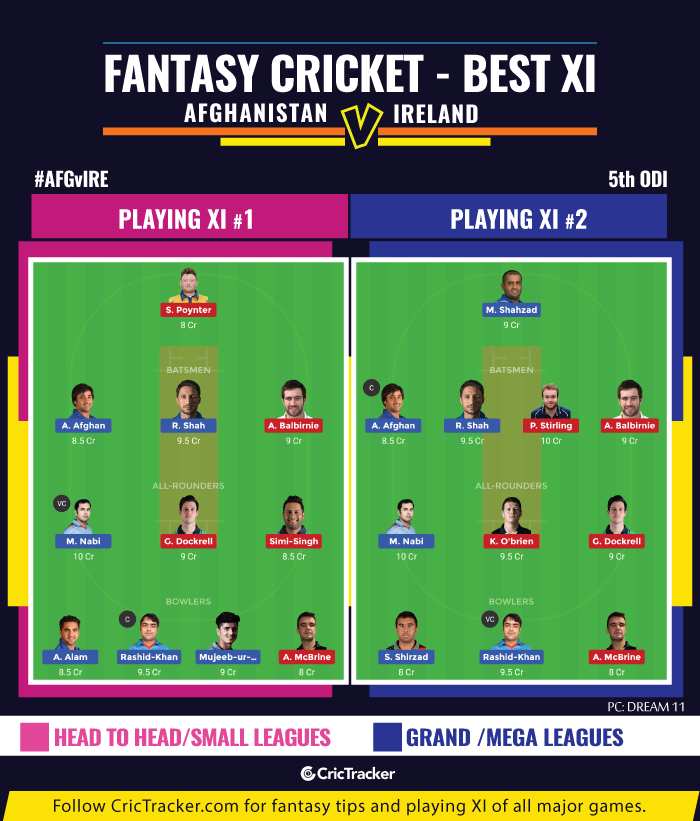 Sayed Shirzad might get a game as he didn’t get a chance to bowl during the 2nd game. Mohammad Shahzad played alternative games.

Afghanistan are most likely to win the encounter.