Asia Cup 2018: Looking back at all editions

Asia Cup 2018: Looking back at all editions

Asia Cup is quite an old tournament which had seen political reasons interrupting participation by all members.

The 14th edition of Asia Cup cricket tournament will be held in the United Arab Emirates (UAE) between September 15 and 28. The upcoming edition will take place in the 50-over format and will feature six teams, including a qualifier. The five other participants are holders India, runners-up of the last edition Bangladesh, former champions Sri Lanka and Pakistan and Afghanistan, who recently played their first Test.

The qualifying side will be picked through the Asia Cup qualifier that is being played in Malaysia and ends on September 6. The six teams in the fray are: besides hosts Malaysia, Hong Kong, Nepal, Oman, Singapore and the UAE. The qualifier will be clubbed with India and Pakistan in the actual tournament while the other group features Sri Lanka, Bangladesh and Afghanistan.

Asia Cup is quite an old tournament which had seen political reasons interrupting participation by all members. In this article, we will take a look at the past editions of the tournament which was first played in 1984. Out of the 13 editions played so far, while India have won the tournament six times, Sri Lanka have won it five times and Pakistan twice. Sri Lanka, however, have played most number of finals (10); followed by India (eight), Pakistan (four) and Bangladesh (two). 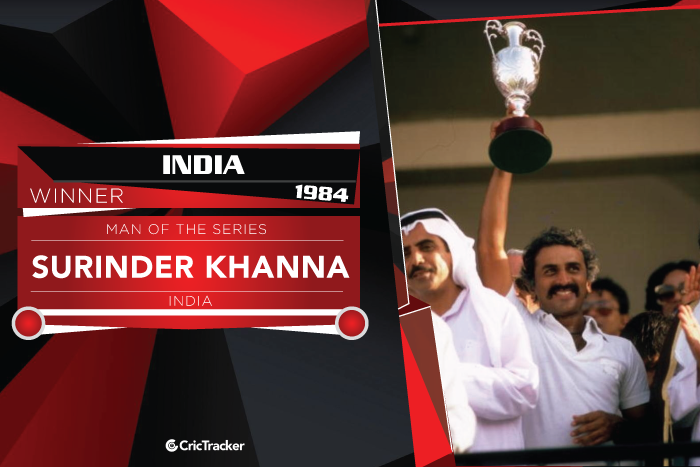 Three teams participated in the inaugural Asia Cup which was held in Sharjah, UAE, in April 1984. The tournament saw a round-robin format and there was no final as the team which won the most number of games lifted the title. Led by Duleep Mendis, Sri Lanka stunned Zaheer Abbas’s Pakistan by 5 wickets in the opening game but then it was Sunil Gavaskar’s India that won two games on the trot to finish as the group toppers and hence the champions.

India defeated Sri Lanka by 10 wickets and Pakistan by 54 runs with Surinder Khanna bagging the Man of the Match awards in both matches and also that of the man of the series. 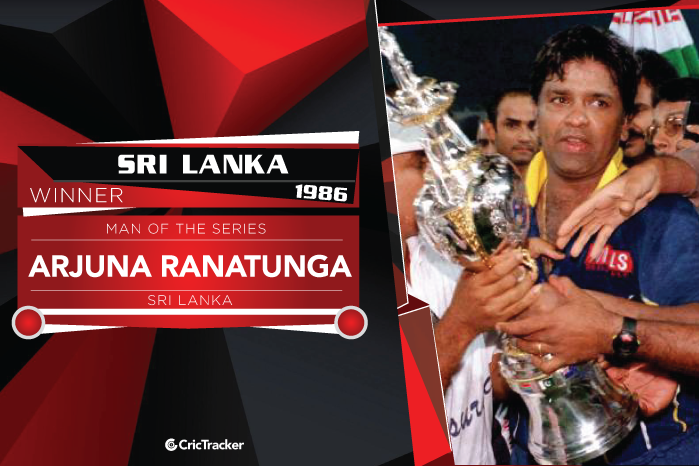 India pulled out of this tournament held in Sri Lanka because of strained relations with the island-nation and were replaced by Bangladesh, a very young team then. Played in Colombo, Moratuwa and Kandy in March 1986, this edition also saw a round-robin format with the top two teams reaching the final.