Having momentum on their side, Msida Warriors CC are expected to get the better of American University of Malta.

The 16th match of the ECS T10 Malta 2020 will be played between the American University of Malta and Msida Warriors CC at Marsa Sports Club, Malta.

The American University of Malta will be up against Msida Warriors CC in the 16th match of the ECS Malta T10 on Monday. American University of Malta have lost  3 of their matches, while one game was washed out due to rain. They currently are placed at the 5th position in the table with one point. They are coming into this match on the back of a nail-biting finishing match where they lost to Southern Crusaders by 6 wickets. Apart from Zoheb Malek, none of the other batters have made a mark and it’s one of the main reasons for their poor form in the ongoing competition.

On the other hand, with 2 wins, one loss, and a no result, Msida Warriors are at 4th spot in the standings with 5 points. They will be boosted by the exceptional performances in their last 2 previous matches as they won against Southern Crusaders by 19 runs and 11 runs. Much of the credit should go to their bowlers for containing runs and picking up wickets at regular intervals. Skipper Rahul Nair is leading from the front with his all-round heroics. It will be an important match as a win is essential for both teams.

It will be sunny in Malta with a temperature of 19 degrees Celsius and the humidity will be 71 percent. There will be no interruption from rain for this match.

Considering the recent matches, chasing is becoming quite tough and it is getting hard to score runs in the latter half. Having said usually the track offers plenty of support for batters rather than bowlers, batters just have to play to their strengths.

Also Read – There was no question of me missing a Test match: Sunil Gavaskar

5 Instances when cricket matches were delayed due to weird reasons

Abhishek Prajapati, in the previous match against Southern Crusaders CC, scored 26 runs at a strike rate of 100. He also picked up a wicket for his side.

Shubham Patel has picked up 5 wickets in 3 matches. He has the best bowling figures of 3 for 15.

Manuel Antony has picked the most wickets in the tournament so far, with 7 wickets to his name in 3 matches.

Also Read – Australia vs India: KL Rahul shares a light moment with Aaron Finch after he gets hit on stomach during 2nd ODI 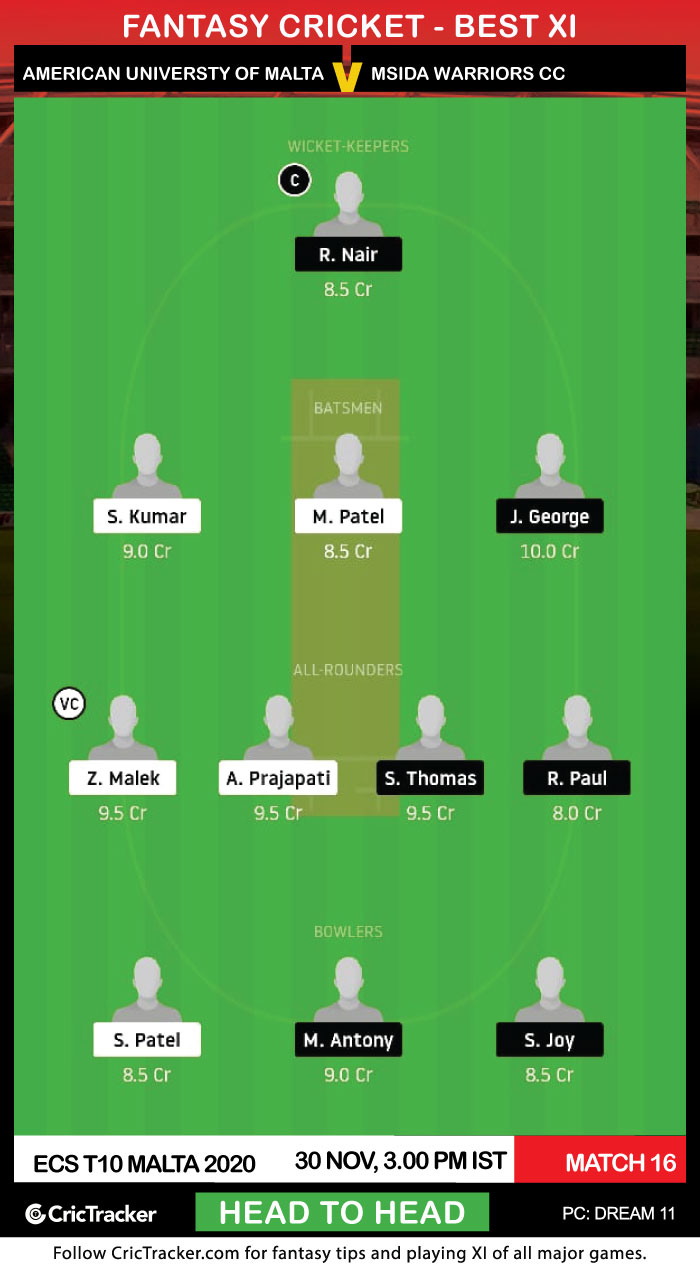 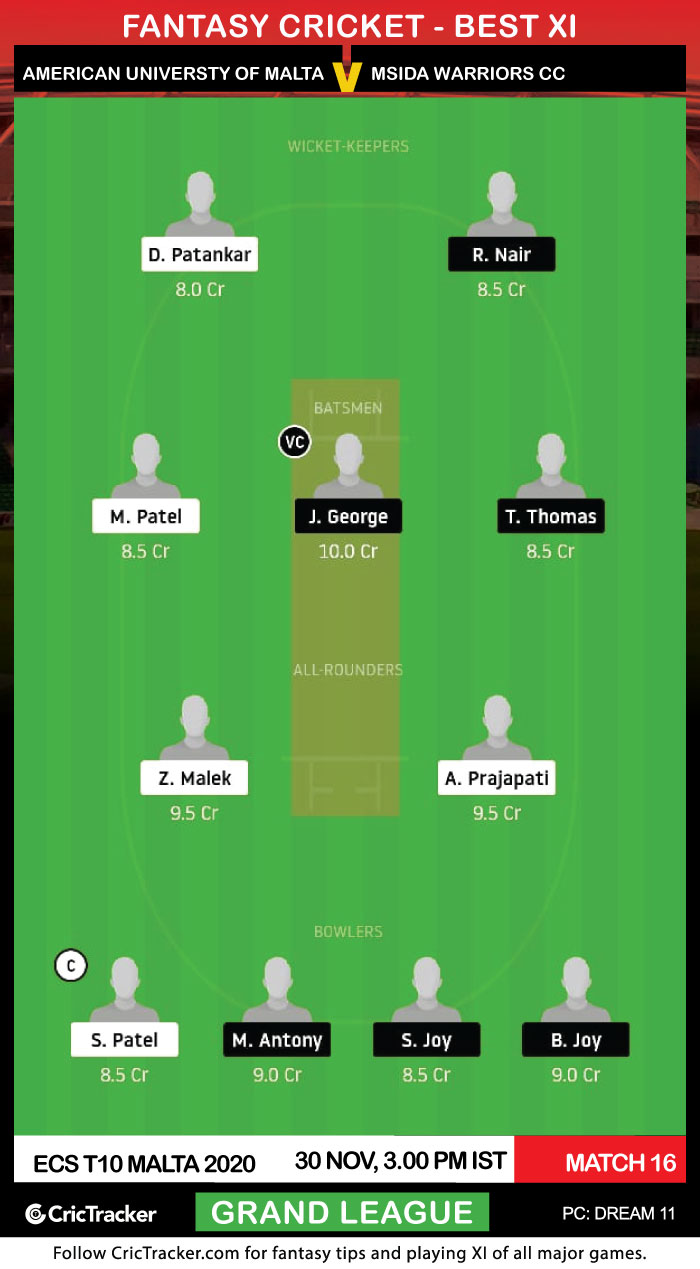 Rahul Nair and Zoheb Malek are the main players for their respective sides and they are the leading run-scorers for their teams also, they must be included in your Dream11 fantasy team.

Msida Warriors CC are expected to win this match.