Spinners like Adam Zampa and Ravindra Jadeja could prove to be key in this match. 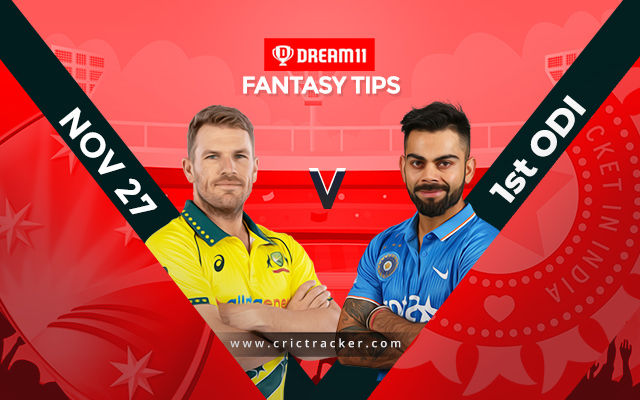 Australia won the toss and opted to bat first

The 1st match of the three-match ODI series between Australia and India will be played at the Sydney Cricket Ground in Sydney.

India will resume its international cricket finally after a gap of more than nine months due to COVID-19 outbreak. All of their players were involved in the 13th edition of the Indian Premier League (IPL) in the UAE. But they will miss their ace opener Rohit Sharma who has been rested due to hamstring injury. Virat Kohli will play a crucial role and will have to lead from the front while the likes of Shikhar Dhawan and Jasprit Bumrah will also be key for their success.

Australia go into this series as favourite as they are almost invincible at home. However, India had defeated them by 2-1 during their 2018-19 tour and the hosts will be keen on avenging for that defeat. David Warner and Aaron Finch will be key for them along with Steve Smith while Mitchell Starc and Pat Cummins are expected to lead on the bowling front. Expect this to be a cracker of a game at the SCG.

Dark Clouds will hover at the SCG in the morning as there is very slight chance of rain as well. But the sun is expected to come out by 1 PM, around 90 minutes before the match and then the conditions will be superb for the game of cricket to take place with the temperature hovering in the mid-20s.

The SCG pitch is historically known to be a batting beauty with some assistance to the spinners as the game progresses. Something of similar sorts is expected for the series opener scores close to 280-300 can turn out to be par. The team winning the toss is likely to bat first.

Navdeep Saini has complained of a back spasm and T Natarajan has been added to India’s squad as back-up.

Whenever India plays, Virat Kohli has to be one of your top picks for his exceptional record with the bat. He averages 59.3 in the ODIs and loves to bat against Australia.

KL Rahul was in excellent form in the IPL amassing 670 runs. He also won the Orange Cap for topping the charts while leading Kings XI Punjab (KXIP). A lot will rest on his shoulders batting at five.

David Warner looked in excellent touch in the IPL scoring a whopping 548 runs at an average close to 40. Moreover, he turns his beast mode on while batting at home.

Marcus Stoinis has emerged as a brilliant all-rounder and he will take heart from his performance in the IPL. He scored 352 runs and also picked 13 wickets in the cash-rich league and will look to play a similar role for Australia again.

Pat Cummins is a brilliant bowler and is known to strike regularly with the ball. He can bat decently at number 8 as well which makes him an interesting candidate to be picked in Dream11 Fantasy.

Jasprit Bumrah bowled well for Mumbai Indians in the IPL and was the second-highest wicket-taker in the tournament. Expect him to be amongst the wickets again. 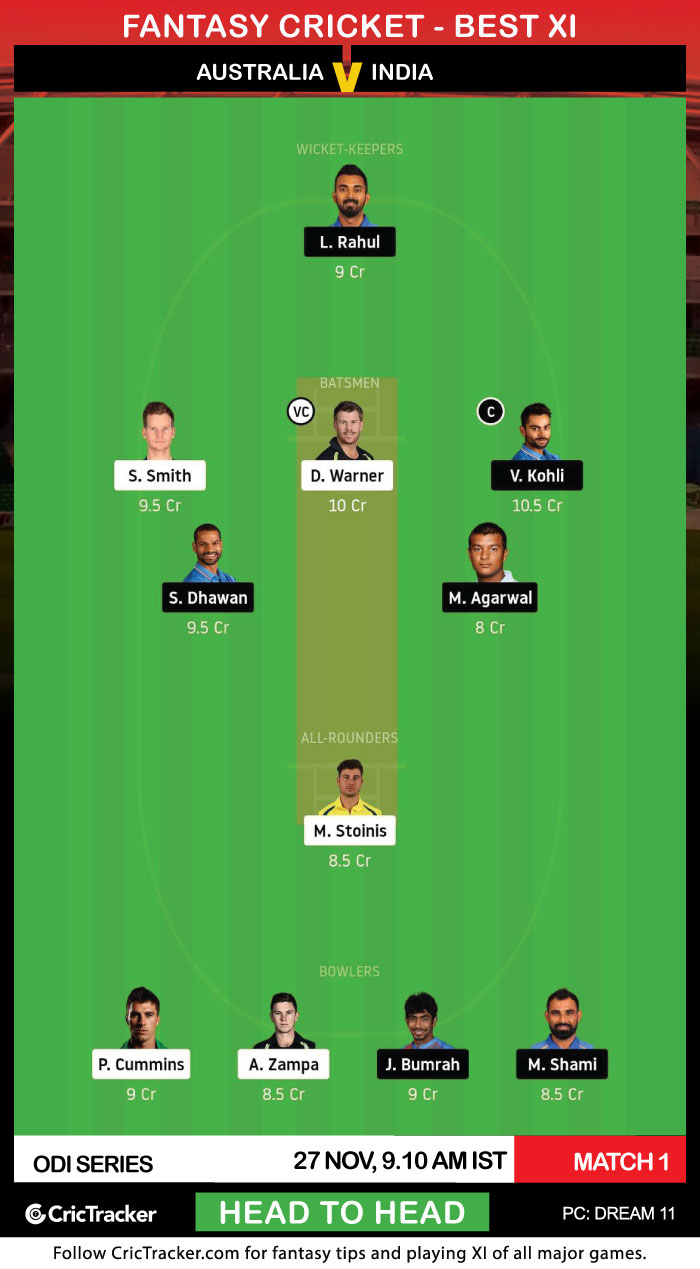 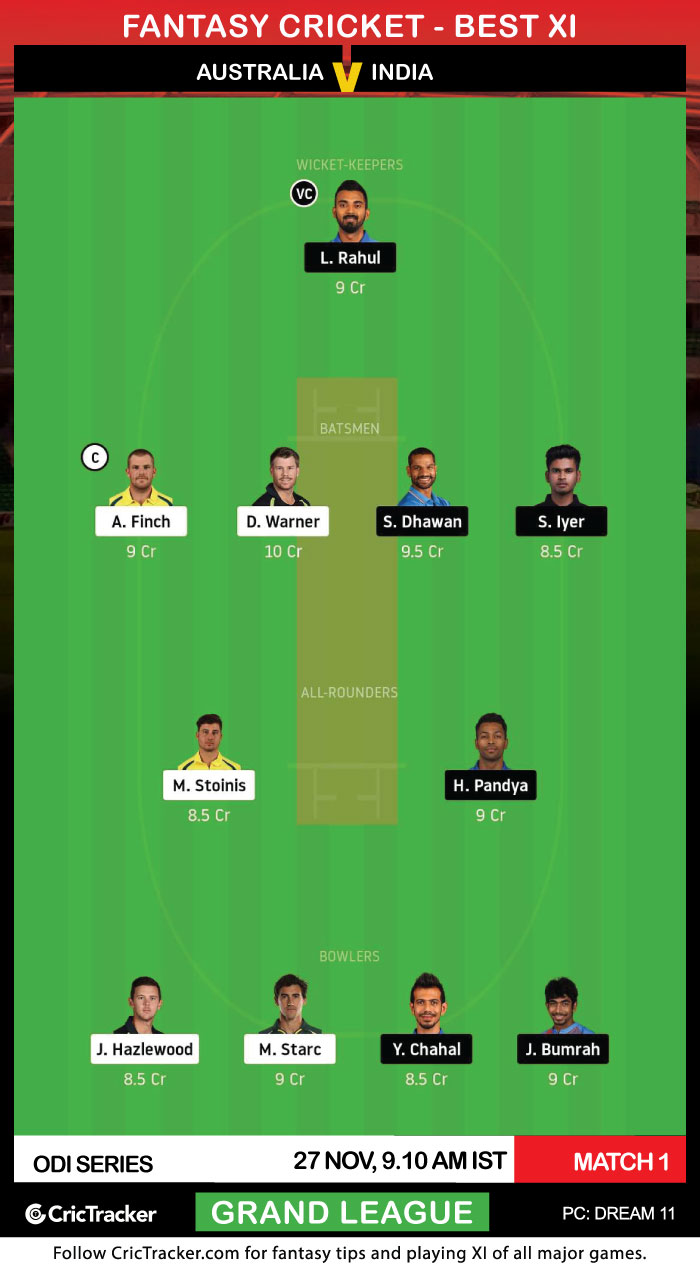 Hardik Pandya didn’t bowl in the entire IPL and it is still unclear whether he will take the ball in hand or will play as a specialist batsman. He can be left out of the Fantasy team to accommodate other players.

You can remove either of Smith or Kohli to make best use of your credits. But it is a risk even to leave one of them and to have both of them in the team, it becomes imperative to pick a player of 8 credits.