The two teams have met each other in 94 Test matches so far with Australia winning 41, India 26 and 26 ending in draw.

India have embarked on yet another tour of Australia and will play four Tests starting in Adelaide from December 6. The next three Tests will played in Perth (Dec 14-18), Melbourne (Dec 26-30) and Sydney (Jan 3 – 7, 2019). This will be the 25th Test series (featuring more than one match) in which India and Australia will lock horns since 1947 when they first played.

The two teams have met each other in 94 Test matches so far with Australia winning 41, India 26 and 26 ending in draw. One Test was drawn in India in 1986. The Test rivalry between India and Australia have seen some dramatic moments in history – including the tied Test in Chennai and the one in Kolkata in 2001 when the Baggy Greens lost even after giving India follow-on.

In terms of series win, Australia have won 12 of the 24 series they have played against India while the latter have won seven. Five series have been drawn. Only once did the two teams played in a one-off Test match and India were the winner on that occasion. 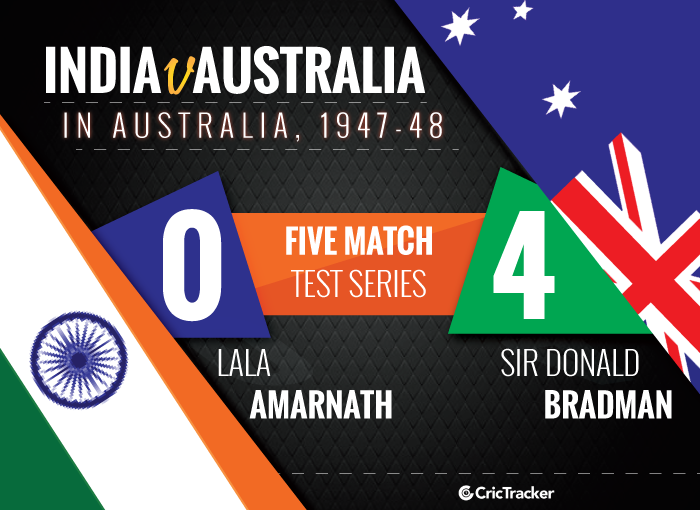 India took on Australia for the first time in a Test series and the Baggy Green were led by none other than Sir Donald Bradman. Led by Lala Amarnath, India had played in 14 side games on this tour (unthinkable by today’s standards, isn’t it?) but could not do much to avoid four of the five matches that they played. 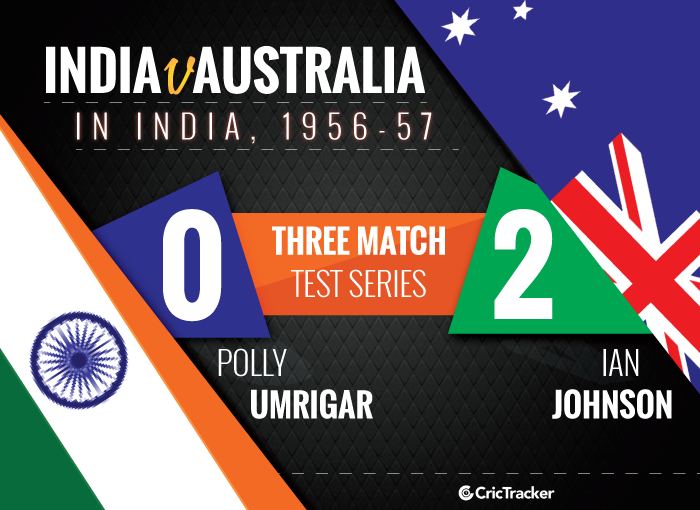 Australia toured India for the first time in 1956-57 under the captaincy of spinner Ian Johnson and thumped the hosts led by Polly Umrigar in a two-Test series. Australia took a lead in the first Test by winning it by an innings and five runs, thanks to seven-fors by Richie Benaud and Ray Lindwall.

Pankaj Roy’s 79 and Umrigar’s 78 saved India the blushes in the second Test in Mumbai (Bombay then) while the visitors bagged the final Test in Kolkata (Calcutta then) by bowling India for 136 on both innings. Benaud took 14 wickets in the game as India lost by 94 runs.