Southern Punjab are expected to bow out of the competition, as Balochistan are most likely to secure fourth position.

The 30th match of the National T20 Cup 2020 will be played between Balochistan and Southern Punjab at the Rawalpindi Cricket Stadium, Rawalpindi.

The race for the last semi-final spot will go right down the wire as the last league stage game of National T20 Cup 2020 is all set to decide the fourth entrants to the next stage. Balochistan looked the favourites for the place for a while, but after a defeat against North in their last game, things might not be very smooth for them.

On the other hand, almost everybody wrote Southern Punjab off a long time ago, but they have managed to pull off a miraculous comeback. With two consecutive wins, they have managed to provide them with an outside chance of qualification. However, they will not only need to win but do so with a big margin, in order to keep their hopes alive.

The temperature at Rawalpindi will drop down to 20 °C during the game time. There are no chances of precipitation.

The track at Rawalpindi has been favouring the batsmen more than the bowlers. That being said, the bowlers get some assistance from the surface as we grow into the games.

Hussain Talat is a must-have pick as he is a threat with both the bat and the ball. He has amassed 235 runs at an average of nearly 30 and has also picked up 6 wickets.

Awais Zia has amassed 257 runs in 9 games, which includes a scintillating knock of unbeaten 92. He has an average of over 30 and a strike rate of over 130.

Khushdil Shah has scored 266 runs in 8 innings so far. He has maintained an average of nearly 40 and a stunning strike rate of almost 190.

Imam-ul-Haq has justified why he is so highly rated in Pakistan by his performances in this competition. he has scored 327 runs in 8 games, at an average of over 50 and a strike rate of over 145.

Amad Butt has arguably been Balochistan’s best bowler in this competition. He has picked up 11 wickets and has maintained an economy rate of less than 9 runs per over. He can also prove to be handy down the batting order and his 73 runs to show for. 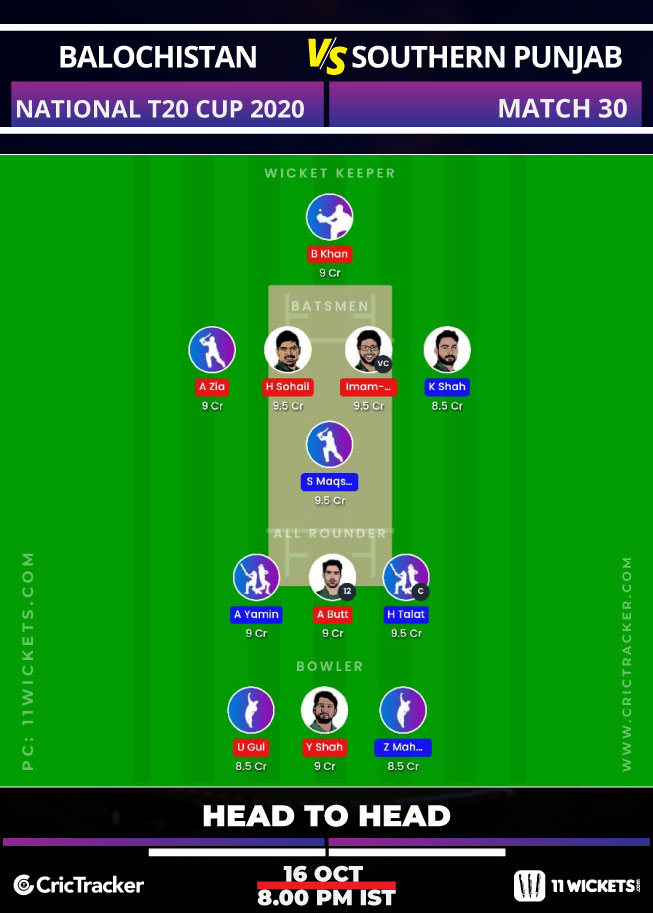 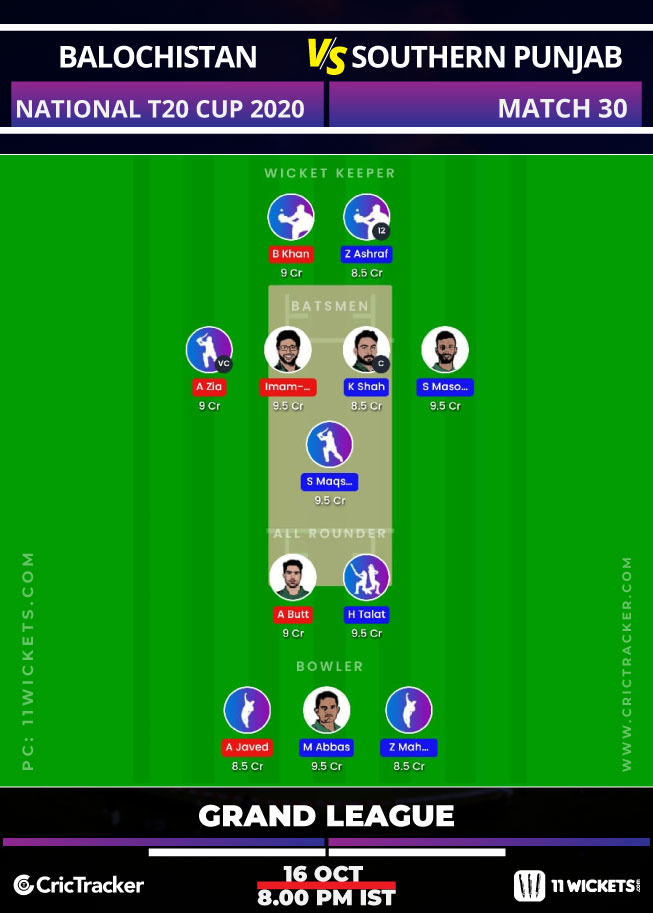 Zahid Mahmood has picked up 7 wickets in 6 games. Though his economy rate is a bit high, he can provide breakthroughs at crucial intervals. Mahmood can prove to be a great differential in your 11Wickets Fantasy team.