After a horrific start to their campaign, Hobart Hurricanes are expected to turn things around against Brisbane Heat. 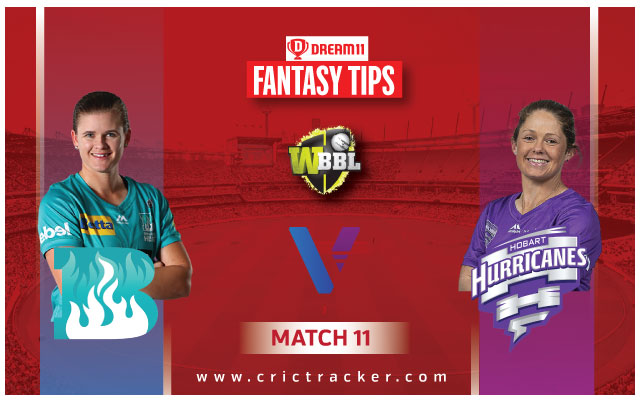 The 11th match of the Women’s Big Bash League (WBBL) 2020 will be played between Brisbane Heat Women and the Hobart Hurricanes Women at the Sydney Showground Stadium.

After having their last match ending in no result, due to adverse weather conditions, the Hobart Hurricanes Women and the Brisbane Heat Women will be stepping out on the field for the third time in this tournament. Both these teams started out on a very contrasting note in this tournament.

Brisbane Heat Women, who played the inaugural match of WBBL 2020 against the Perth Scorchers Women, got a comprehensive win in that match by 7 wickets. Their opponents Hobart Hurricanes Women had to suffer defeat at the hands of the Adelaide Strikers Women in their first game of the tournament. So in this match, the Brisbane Heat Women would look to capitalise on the momentum they have gained, while the Hobart Hurricanes Women will try to get their first win of the season.

The weather on the match day will not be all that great for a cricket match, as the chances of rainfall are as high as 70 per cent. The temperature is expected to be around the 17 degree Celsius mark.

This will be just the second match of the tournament at the stadium, with the first one being played earlier on the same day. Hence, nothing much can be said about the conditions that can be expected here. One thing that can be deduced from the past matches that have been played here is that the ground will not favour the team batting second.

In the only match that her team has played so far, Grace Harris scored 53 runs at a strike rate of 143.2. She looks in sublime knick.

Nicola Hancock walked home with two wickets in her bag in her team’s first match of the tournament.

Delissa Kimmince carried her form from the bilateral T20 series into this tournament, picking up two wickets in her very first match.

Chloe Tyron looked to be in good touch with the bat and the ball in her team’s first match, as she scored 20 runs at a strike rate of over 110. She also took one wicket while maintaining an economy rate of 4.3 runs per over. 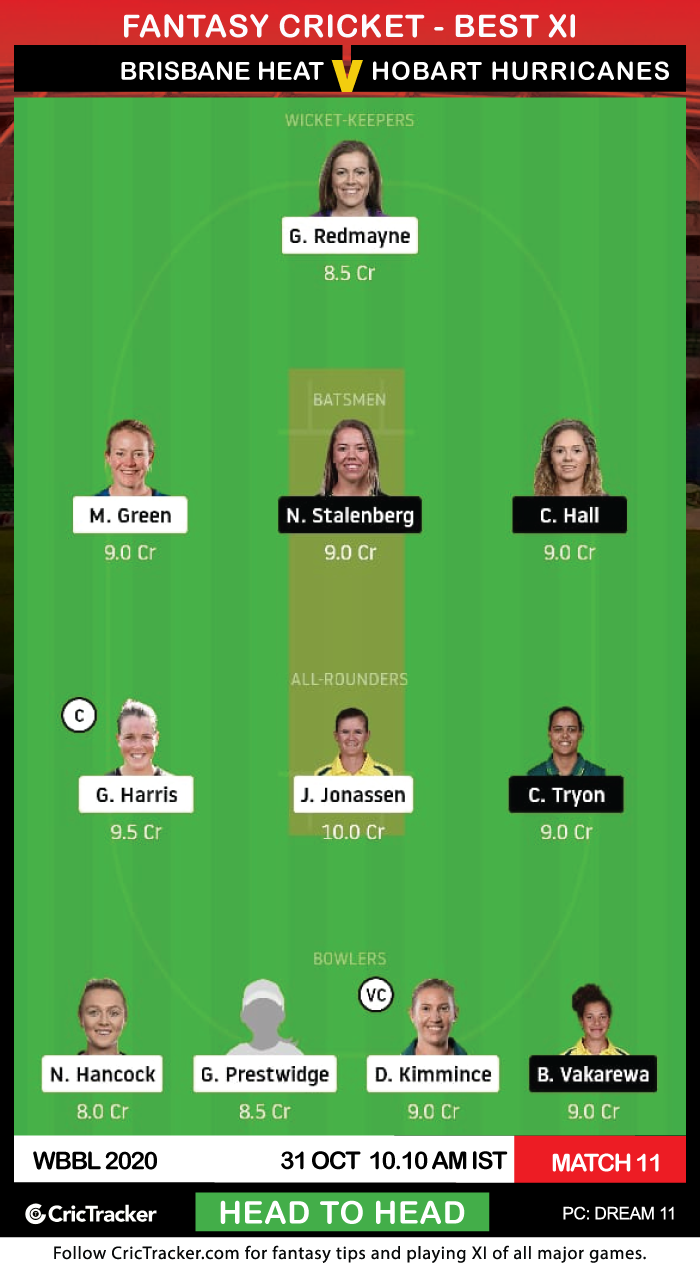 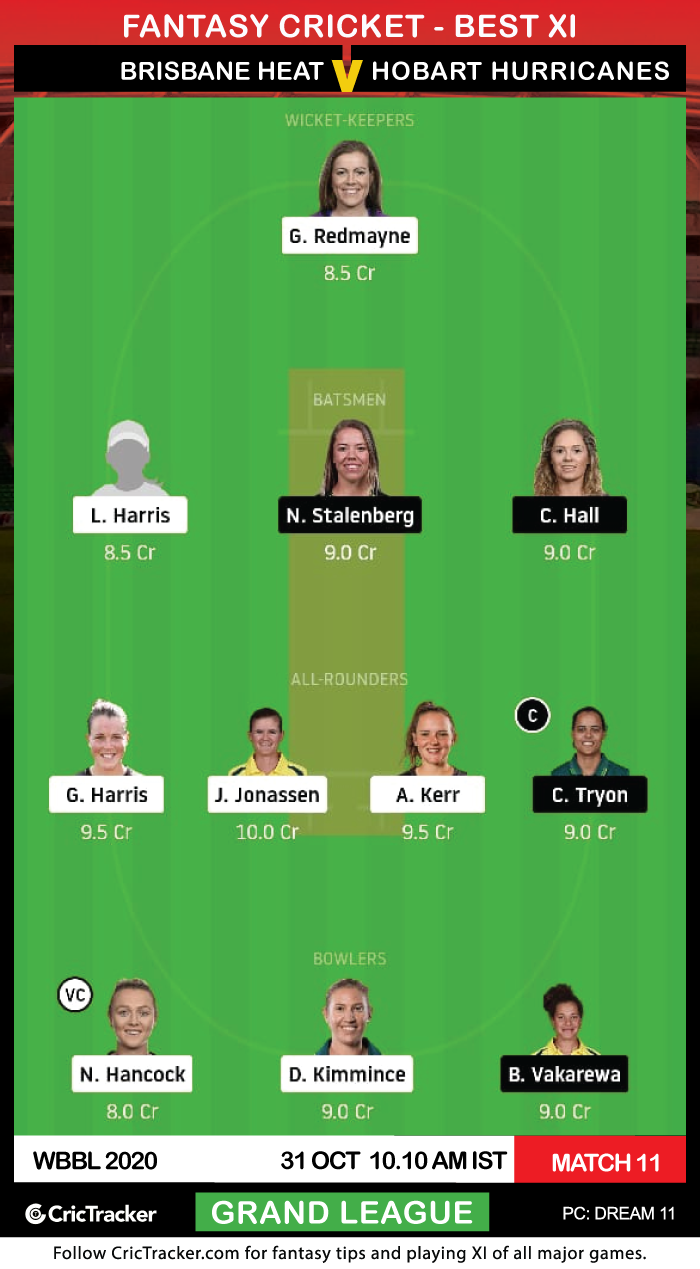 The conditions at the ground are expected to support the bowlers. So, it is advisable to go with 4 bowlers in both of your Dream11 Fantasy teams.

Hobart Hurricanes Women are predicted to win this game.