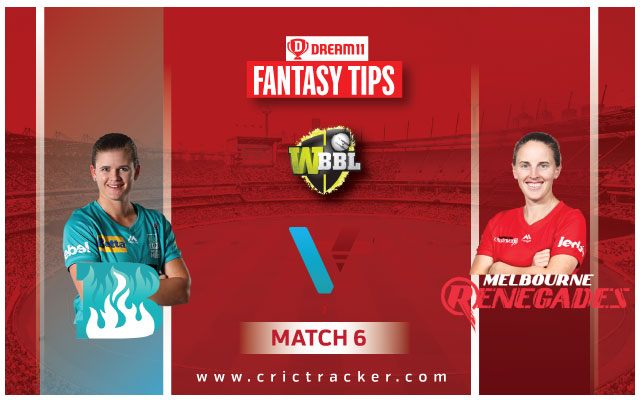 The 6th match of the  Women’s Big Bash League (WBBL) 2020 will be played between Brisbane Heat Women and Melbourne Renegades Women at the Hurstville Oval, Sydney.

Brisbane Heat had a fine start to the sixth edition of the Women’s Big Bash League 2020. In the first game which was also the tournament opener, Heat took on Perth Scorchers. After electing to bowl first, they bowlers did a good job to restrict the opposition to just 132 runs. With Grace Harris and Georgia Redmayne leading from the front, the chase was a cakewalk for their as their registered a comfortable 7-wicket win.

In their upcoming match, Brisbane Heat will be facing the Melbourne Renegades. The Renegades played the Melbourne Stars in their opening match. However, 17 overs into this game, the rain came in and it refused to relent. Hence, the game had to be abandoned and both the teams shared the points. The Renegades will like to put up a good show in this match and bag a couple of points.

Even though the temperature will remain at around 14 degrees Celsius, there will be wind and rain that will come along on Monday. With 90 per cent chance of precipitation, this game is definitely staring at a washout.

With the overcast conditions and strong winds, batting will be tough at this venue. There is a great deal of movement for the pacers with the new ball. There is also some turn and grip on offer.

84 (First game of the tournament played at this venue)

Lea Tahuhu is recovering from a side strain that she sustained during Australia-New Zealand ODI series earlier this month.

MNR vs WEF Match Prediction – Who will win today’s The Hundred Men match?

Georgia Redmayne scored an unbeaten 37 in the first game and played a crucial part in her team’s victory.

Jess Jonassen scored 21 runs in the first game. Even though she didn’t pick up any wickets, she is quite good with the ball.

Sophie Molineux picked up 23 wickets in 24 T20Is and can contribute with the bat as well. 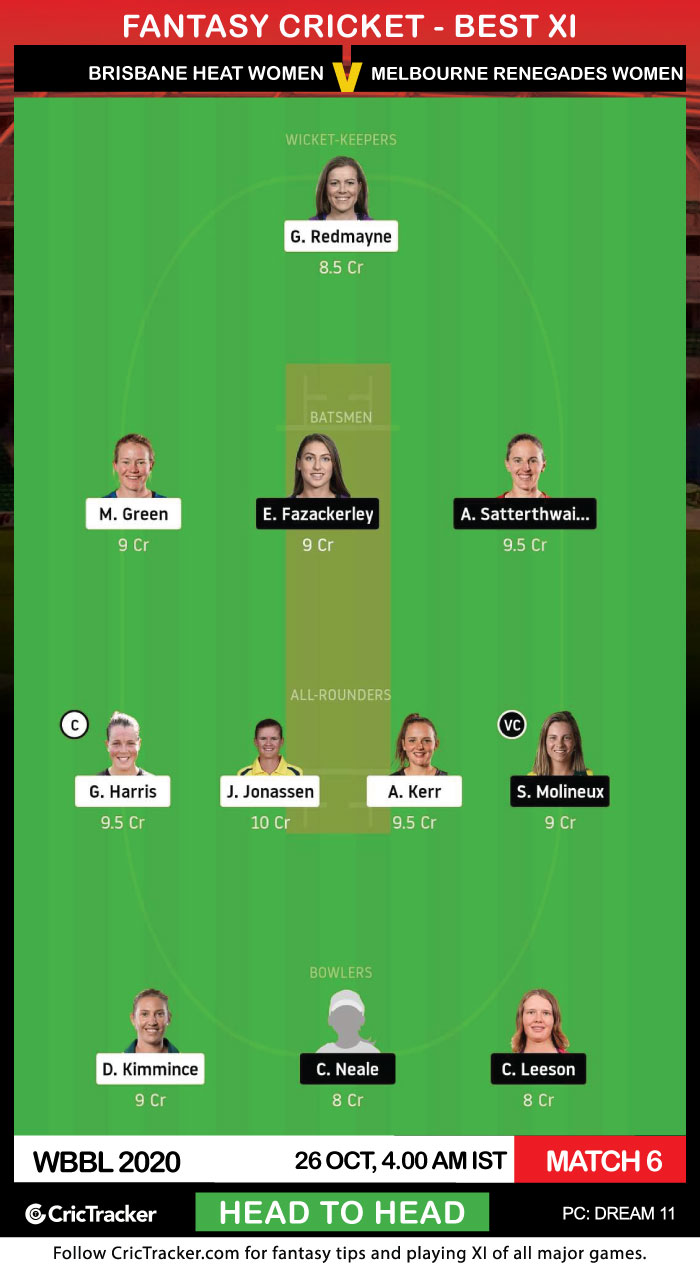 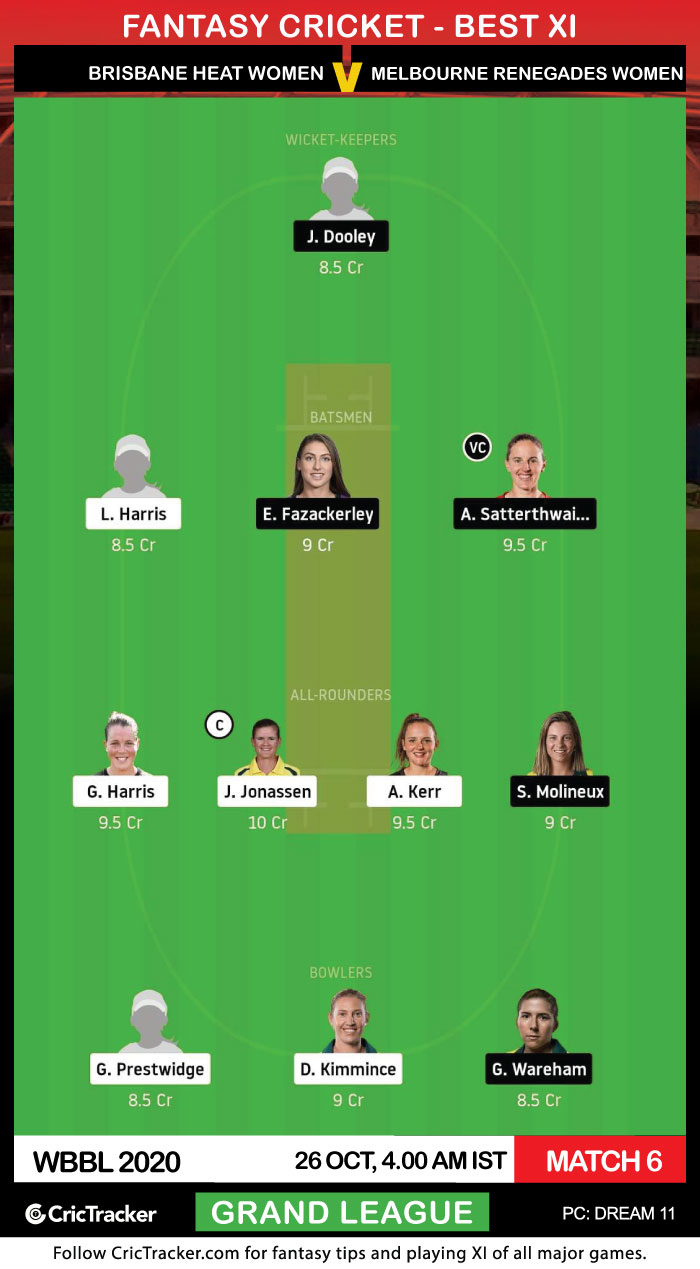 Have more all-rounders in your team. They can contribute with the ball in helpful conditions and can score some important runs with the bat.