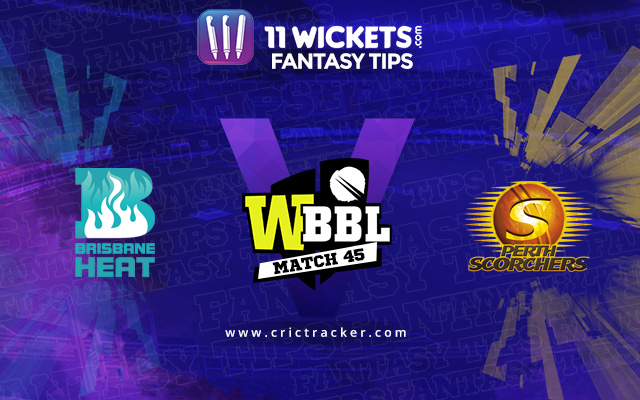 The 45th match of the Women’s Big Bash League (WBBL) 2020 will be played between the Brisbane Heat Women and the Perth Scorchers Women at the Hurstville Oval in Sydney.

Temperature is expected to be partly cloudy.

Chasing has been quite tough on this wicket.

Jess Jonassen has played 10 matches so far and has taken 12 wickets.

Grace Harris has 9 wickets and 229 runs to her name in the 10 matches that she has played in so far. 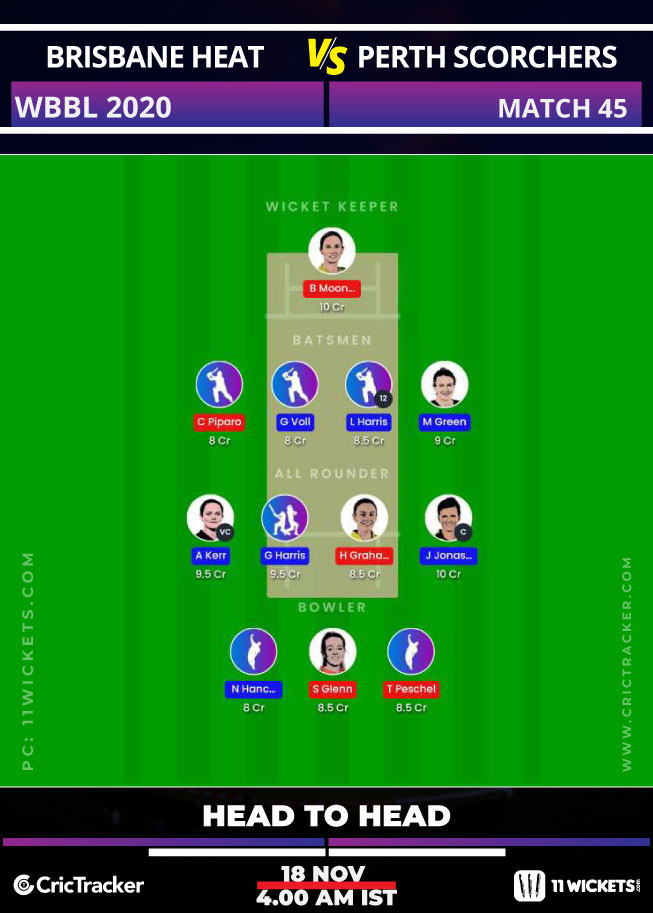 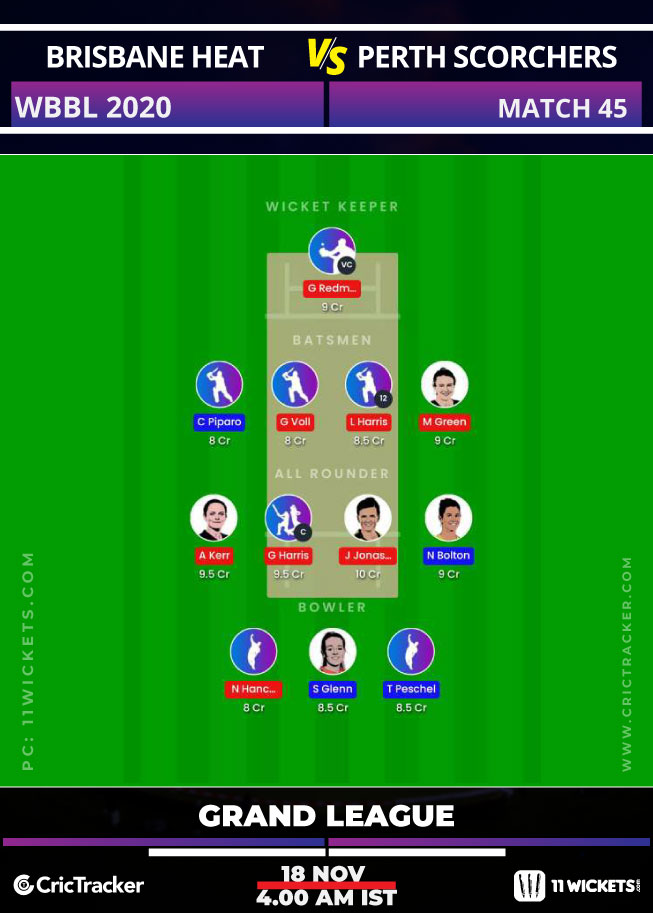 Perth Scorchers Women are expected to win this game.