To commemorate the occasion of the 100th birth anniversary of Bangabandhu Sheikh Mujibur Rahman, the league has been named Bangabandhu BPL this year.

After a lot of deliberations and delays, the seventh edition of the Bangladesh Premier League (BPL) will finally hit the floors on 11th December 2019. Even though it was decided that the tournament will kick off from 6th December 2019 earlier, it was later postponed by five days. Ahead of this season, there was also some confusion about the number of teams that will take part in the league. But finally, it was decided that it will be just seven teams that will participate in this edition.

Since their ownership was sold, it was announced that the Chittagong Vikings wouldn’t take part in the tournament. It was announced that two new teams will replace the Vikings. However, the Bangladesh Cricket Board (BCB) reverted its decision and has decided to arrange the league without franchises this year. Thus, they decided to rechristen all seven teams. While the sponsorships for the other teams have been confirmed, Cumilla Warriors and Rangpur Rangers will be sponsored by the BCB themselves.

To commemorate the occasion of the 100th birth anniversary of Bangabandhu Sheikh Mujibur Rahman, the league has been named Bangabandhu BPL this year. That is another reason why the BCB decided to do without the franchises this year. Bangabandhu is often referred to as the ‘Father of Bengali nation’ and served as the first President of the country.

The Cumilla Warriors (earlier, Comilla Victorians) will enter into the league as the defending champions and will fancy winning their third title. BPL 2019-20 will be played at three venues and in five phases. Dhaka, Chittagong and Sylhet will be the three venues that will host all the games. The logo for this season and the new names of the teams were unveiled last month. For this edition of the BPL, each team had to pick at least nine local players and four to six overseas players. 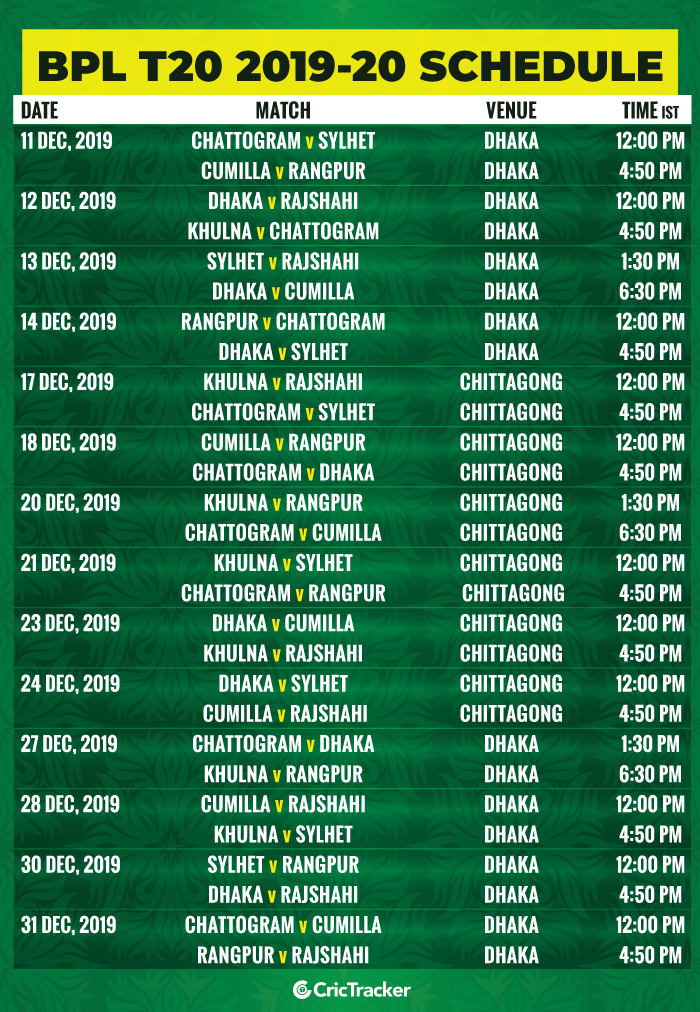 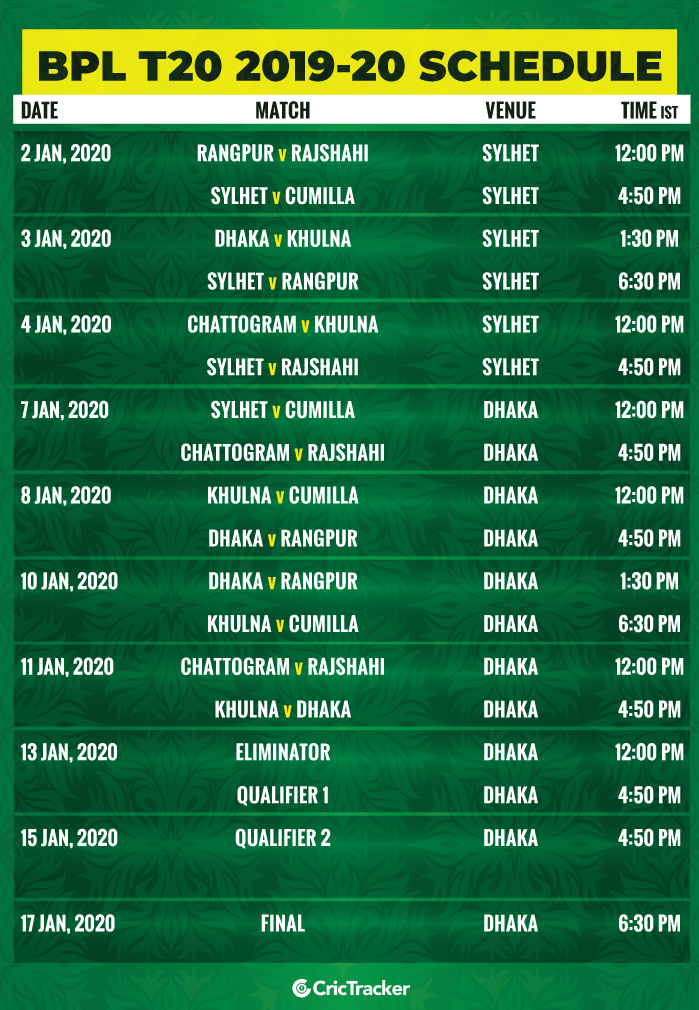