The 2nd match of the Ford Trophy 2020-21 will be played between Central Districts and Otago at Pukekura Park, New Plymouth.

Central Districts and Otago will go one on one in the 2nd match of the Ford Trophy on the opening day of the new season. Central districts in the last season finished at the bottom having won only 2 matches. They take so much of positives from that as their batters played well throughout the tournament, Ben Smith, George Worker had scored 300 plus runs. Apart from Seth Rance and George Worker other bowlers were not so impressive. They all set for the new season and a winning start will help them to carry the momentum for the rest of the season.

On the other hand, Otago were the runners in the last season, where they lost to Auckland by 2 wickets in a thrilling final. Before that, they finished 3rd in the table having won 5 and lost 4 matches. With the International Capped Players Neil Broom, Hamish Rutherford their batting department looks better than Central Districts. Even their bowling unit led Jacob Duffy and Micheal Rippon looks promising and has the ability to pick wickets. Since Otago had an excellent last season will start as favorites for this match against Central Districts.

It’s not ideal weather for cricket as 70 percent chances of rain are expected at the start of the match. The temperature will be around 17 degrees Celsius and the humidity will be 84 percent.

It’s a good wicket to bat on, there is something for the bowlers at the start of the match. Batters once settled can carry their innings and score big runs. The wicket will become flat in the latter half of the match and hence bowling first is a good option on this wicket.

Also Read: Neither with Sehwag nor with Gambhir; Parthiv Patel asks RCB to take a call on Virat Kohli’s captaincy

India fined for slow over-rate during first ODI against Australia

George Worker in the last season has scored the most runs for Central Districts, scoring 371 runs in just 8 innings at an average of 46.37 with a strike rate of 87.29. Besides that, he even picked up 8 wickets with the best figures of 3 for 36.

Seth Rance was the leading wicket-taker for Central Districts in the previous season, he picked up 16 wickets in 10 matches at an economy of 5.50 with the best figures of 4 for 33.

Hamish Rutherford in the last season though playing 5 matches has scored 248 runs at an average of 62 with the highest score of 155.

Michael Rippon was impressive in the last season with his all-round performances, he has taken 16 wickets in 10 matches with the best figures of 5 for 21. With the bat, he has scored 189 runs at an average of 37.8.

Jacob Duffy was the leading wicket-taker for Otago in the last season, he picked up 21 wickets in 9 matches with the best figures of 5 for 38. 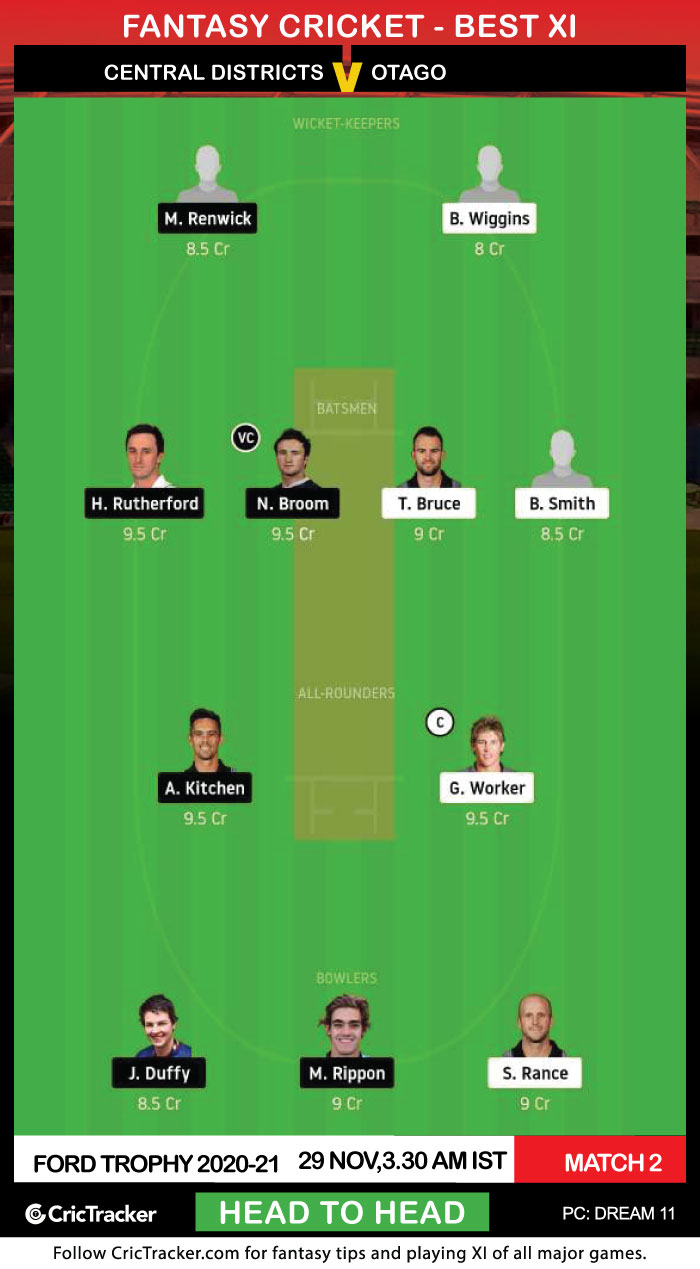 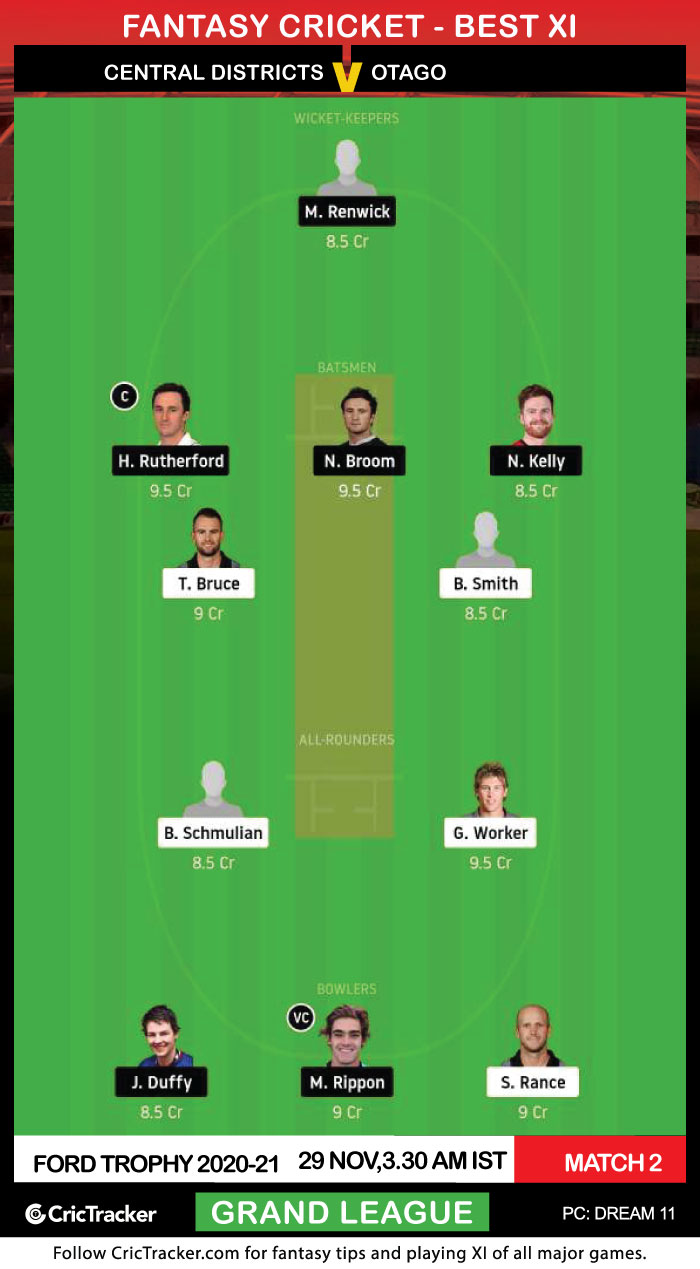 New Zealand International capped player Neil Broom in the last season had scored 2 centuries and 3 half-centuries. He will be a good pick for your Dream11 fantasy team.

Otago is expected to win this match.