PCB Dynamites are expected to continue their unbeaten run by defeating PCB Challengers.

The 6th match of the Women’s National Triangular T20 will be played between PCB Dynamites and PCB Challengers at the Rawalpindi Cricket Stadium, Rawalpindi.

This match is scheduled to start at 12:30 PM Local Time (01:00 PM IST). It will stream at Pakistan Cricket on Youtube.

The PCB Dynamites have done justice to their name in the ongoing edition of Pakistan Women’s National Triangular T20 competition. They started off their campaign with an impressive victory, as their bowlers rattled the PCB Blasters’ batting unit. The next game failed to produce a result. However, Dynamites defeated Blasters again in their third game.

PCB Challengers started off their campaign against PCB Blasters as well, but their game was abandoned. They were to face Dynamites in their next game, but that match was abandoned as well. In the only game that took place, Challengers defeated Blasters by 5 runs.

Thankfully for both the sides, we can expect a full game as the chances of rain are negligible. The temperature is expected to be around 22 °C.

This pitch is balanced on a knife’s edge, as both batswomen and bowlers will get some assistance. However, the captain who wins the toss should look to bowl first.

151 (Last 3 completed matches played this tournament at this venue)

Fatima Sana scored 41 runs for Challengers in this season so far. She has picked up 1 wicket as well.

Bismah Maroof scored 61 runs in the only game she has played so far. She has also picked up a wicket and has an economy rate of only 5 runs per over.

Ayesha Zafar scored a brilliant half-century against the Blasters. Overall, she has scored 92 runs from 2 games.

Nahida Khan scored 89 runs in the 2 matches she has played. She has struck one half-century already in this competition. 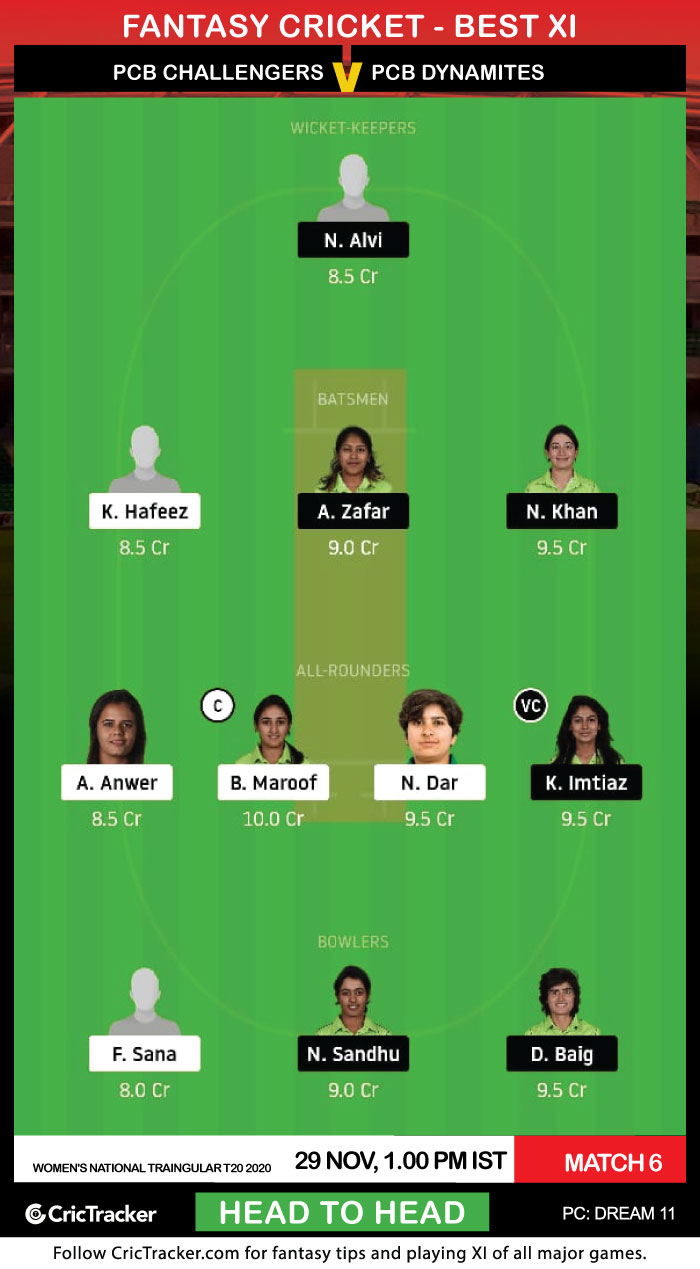 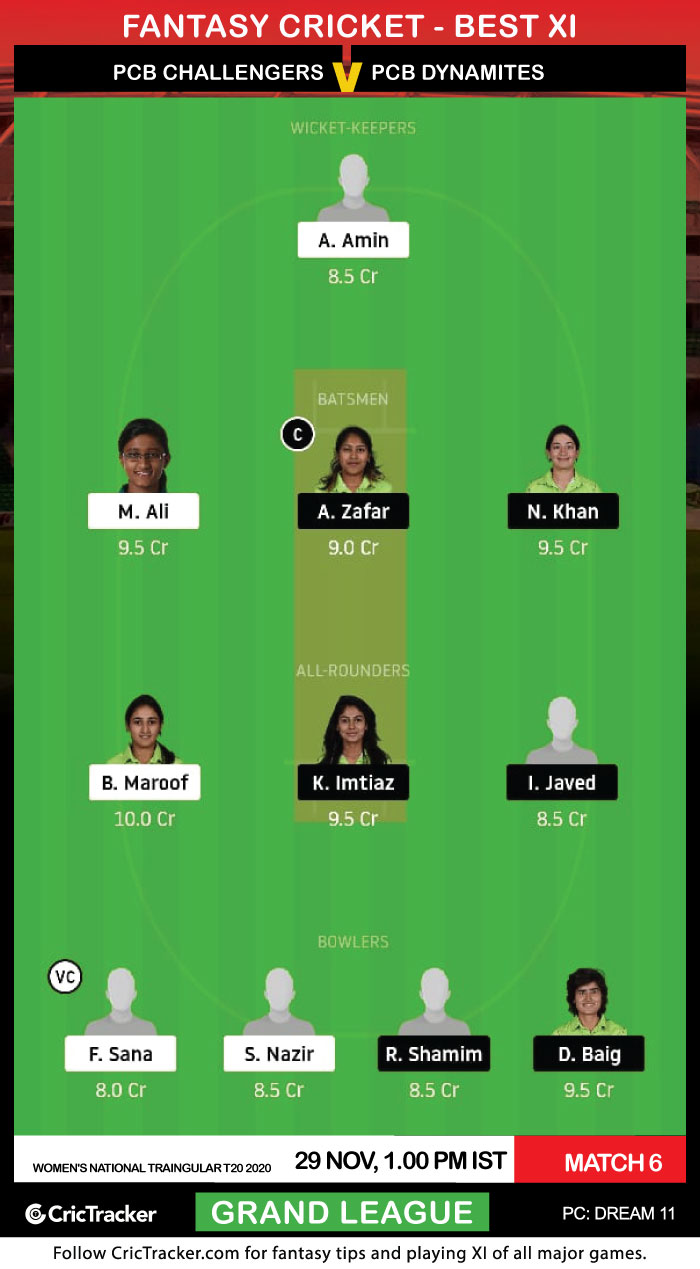 Kainat Imtiaz can earn you good points with both the bat and the ball, as she has scored 66 runs and has also picked up a wicket. She can be a decent vice-captaincy pick for any one of your Dream11 Fantasy teams.

PCB Dynamites are expected to win this match.