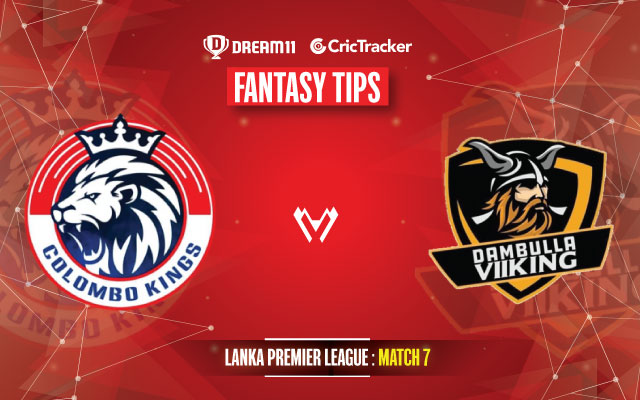 The 7th match of the Lanka Premier League 2020 will be played between Colombo Kings and Dambulla Viiking at Mahinda Rajapaksa International Cricket Stadium, Sooriyawewa, Hambantota.

The match is scheduled to start at 3: 30 PM local time and IST and it will be streamed live on Sony Six.

It will be another double-header in Lanka Premier League today. In the first encounter,  Colombo Kings will lock horns against Dambulla Viiking. The Kings are off to a flying start into this competition by winning 2 back-to-back matches. They won their first match against Kandy Tuskers in a super over by 4 runs. Thanks to some extraordinary power-hitting from all-rounder Andre Russell, they won their second match by 34 runs against Galle Gladiators. Angelo Mathews and his men are looking all set to continue the same form for the rest of the tournament.

On the other hand, Dambulla Viiking started the tournament with a win against Kandy Tuskers by 4 runs, thanks to the D/L Method. But in their second match, they didn’t bowl well and justifiably suffered a defeat against Jaffna Stallions by 66 runs. Oshada Fernando is out of the tournament with an injury and it’s the biggest loss for them. They have a very good bunch of overseas players in the likes of Samit Patel, Anwar Ali, and Paul Stirling. Skipper Dasun Shanaka has shown what he is capable of doing with the bat in the last couple of matches. Overall, the team is well-balanced on paper and now they need to play according to their capabilities.

Scattered thunderstorms are expected at the start of the match. The temperature will be around 29 to 27 degrees Celsius and the humidity will be 78 percent.

It is a typical sub-continent batting-friendly wicket with not much of grass on the surface. The bowlers have to vary their pace according to the situation. Whoever wins the toss should bat first.

Oshada Fernando has been ruled out with an injury

Andre Russell has scored 89 runs at an average of 89 and a strike rate of 278.12. In the previous match against Galle Gladiators, he scored 65* runs from just 19 balls.

Dinesh Chandimal scored 80 runs from just 46 balls in the first match against Kandy Tuskers. He will aim to pull off something similar.

Dambulla Viiking’s skipper Dasun Shanaka has scored 108 runs at a strike rate of 186.20. He has a highest score of 73.

Veteran all-rounder Samit Patel has scored 99 runs in 2 matches at a strike rate of 165. He has also picked up 2 wickets.

Niroshan Dickwella has been impressive at the top-order. He has scored 45 runs in 2 matches at a strike rate of 155.17. 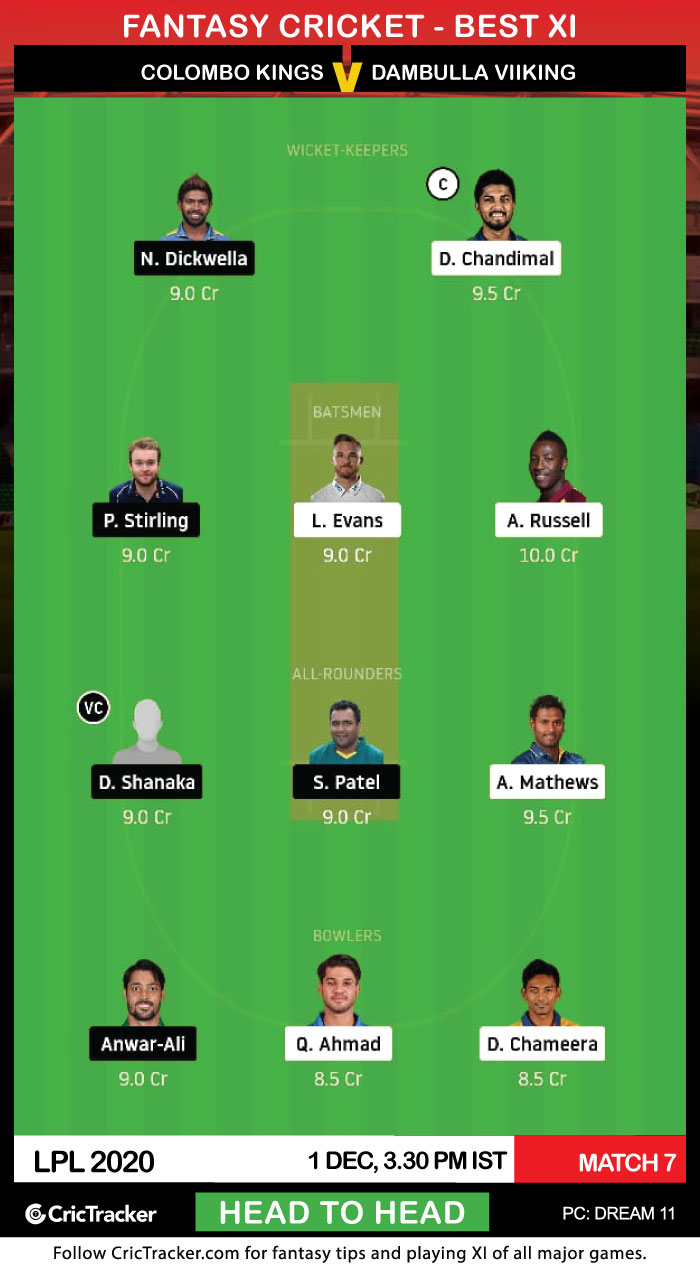 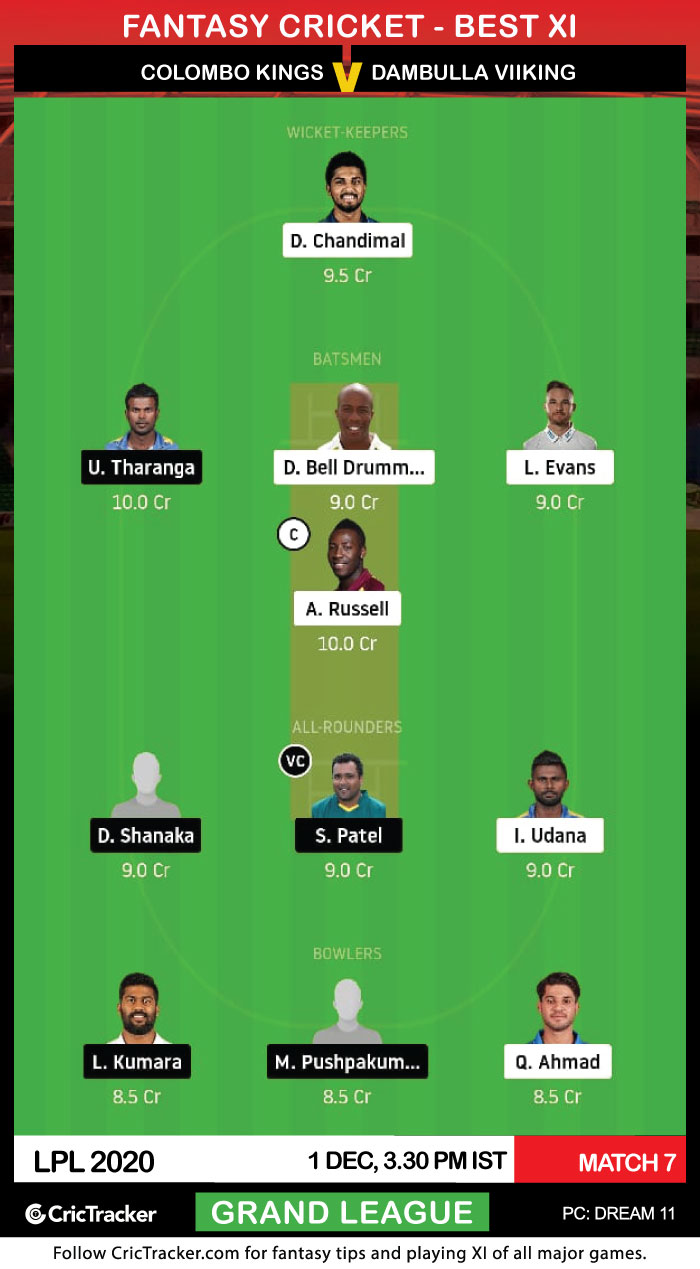 Andre Russel has found his form back after having a quiet IPL. If he gets promoted up the order, there are high chances of him scoring big runs. Hence it is advisable to make him a captain of your any one your Dream11 Fantasy teams.

Colombo Kings are expected to win this match.