Hardik Pandya will lead India's T20I squad in the three-match series against Sri Lanka in the absence of Rohit Sharma.

The Indian team will be hosting Sri Lanka in the first T20I match at the Wankhede Stadium in Mumbai on Tuesday (January 3) and it will be followed by two more T20Is. The Men in Blue return to action after their embarrassing 2-1 defeat in ODIs during the recent Bangladesh tour.

The selectors have made some big changes to India's squad for the Sri Lanka series with Hardik Pandya set to lead the unit in the absence of Rohit Sharma and KL Rahul. Virat Kohli is a big name that won't feature in the squad.

With Rohit and Rahul missing the series, it's likely that Ishan Kishan and Ruturaj Gaikwad will open for India with Suryakumar Yadav, Hardik Pandya, Sanju Samson, and Deepak Hooda batting in the middle order.

Pacers Shivam Mavi and Mukesh Kumar have been included in the squad but are unlikely to make their debut on Tuesday. Harshal Patel, Arshdeep Singh, and Umran Malik are likely to lead India's pace attack, and Yuzvendra Chahal and Washington Sundar will most likely be India's spin options. 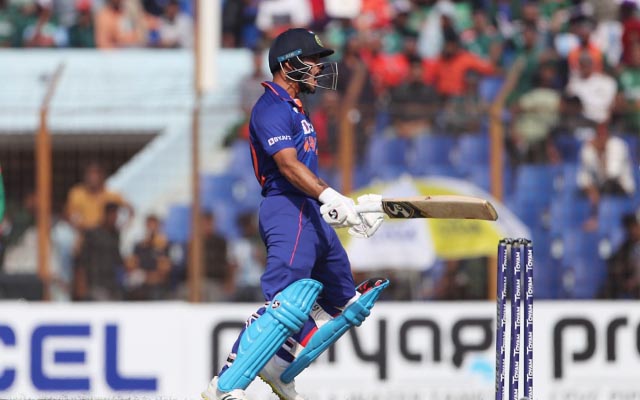 Ishan Kishan enters the series after smashing 210 runs off just 131 balls against Bangladesh in the third ODI last month. Ishan has struggled for consistency in T20Is with just 589 runs from 21 innings at an average of 29.45 and an underwhelming strike rate of 129.16 but his latest double-century outing is likely to boost his confidence ahead of the opening match.

Ruturaj Gaikwad returns to international cricket after sensational performances in the domestic circuit. He has scored just 135 runs in nine T20I innings and was not a part of the squad that played either in the T20 World Cup 2022 or in the last T20I series against New Zealand in November.

But he won the Player of the Tournament in the Vijay Hazare Trophy 2022 after scoring 660 runs in just five innings and is likely to start ahead of Shubman Gill, who is yet to play a T20I game.