After a disappointing defeat at the hands of England and washout due to rain against New Zealand, Afghanistan finds themselves in a tight spot after their first two matches in the T20 World Cup 2022. They are currently at the bottom of the table but can change the current situation when they challenge Ireland on October 28 at the iconic Melbourne Cricket Ground (MCG).

Bowling has always been their strength and they were at their immaculate best against quality English batters in the first match. Their batters looked pale as they failed to register a healthy total for the bowlers to defend. They were bamboozled by the pace and bounce in Perth and unfortunately, Melbourne is not going to be very different. Thus, they need to back themselves, stick to their basics and most importantly, accelerate when required.

The match against Ireland is definitely going to be a make-it-or-break-it clash for the Mohammad Nabi-led side. They are very unlikely to make any changes from their game against England and thus, here’s how they can line up against the Irish side. The dynamic pair of Hazratullah Zazai and Rahmanullah Gurbaz can belittle any opponent on their given day but consistency is one area where they suffer. They have the ability to help Afghanistan get a good start and against Ireland, they desperately need to come good. The duo has delivered time and time again for the national team and now the time has come again for them to step up.

24-year-old Zazai can play big shots in the powerplay but his recent form in T20Is is very concerning. In his last ten T20Is, the Southpaw has just scored 140 runs and batted at a strike rate of 41.18 in his previous match against England. Overall, the opener has played 34 T20Is for Afghanistan and scored 967 runs at a strike rate of 136.58. Thus, he definitely has the skill but requires consistency to help Afghanistan do well.

The 20-year-old Rahmanullah Gurbaz has already showed his potential in international cricket. He was one of Afghanistan’s best batters in the Asia Cup 2022 and the team will thoroughly depend on him to give them a good start. The youngster has represented Afghanistan in 33 T20Is and scored 838 runs at an impressive strike rate of 138.05. Once he gets going, he can help the team put up a healthy total on board. 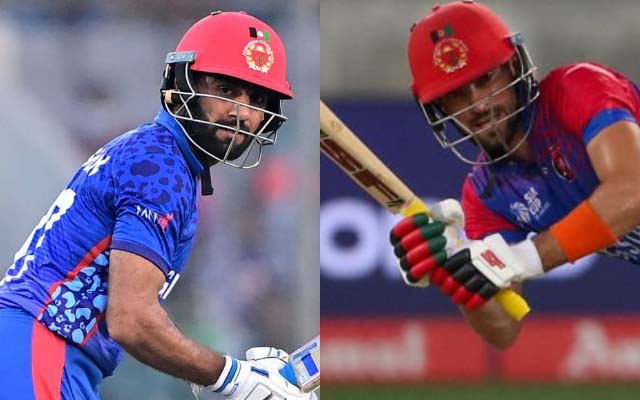 When most of the batters failed to make it count in the match against England, Ibrahim Zadran and Usman Ghani stepped up but their strike rate remains to be a concern. Both the batters batted at a strike rate of 100 and that needs to change going ahead.

The other batter in the middle order, Najibullah Zadran is going through a tough period as he has not managed to score a fifty in his last five T20Is. However, the 29-year-old has enough ability to turn things around. Having represented Afghanistan in 84 T20Is, the middle order batter has scored 1572 runs at a magnificent strike rate of 142.64.

On the other hand, the 20-year-old Ibrahim Zadran has played 14 T20Is for the national team and scored 333 runs at a strike rate of 107.41. Even though he plays the role of an anchor, Ibrahim needs to improve his game in important matches.

Coming to Usman Ghani, the 25-year-old has played 31 T20Is for Afghanistan and scored 735 runs at a strike rate of 109.21. He has shown his quality in the last few innings but now needs to convert his starts into big totals. Batting at number four, he’ll have ample time to make it count. 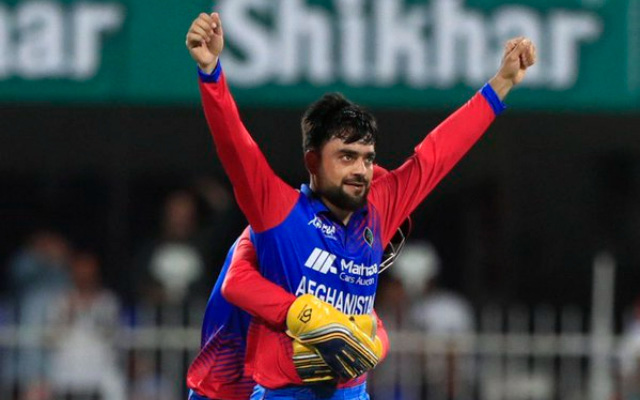 The captain Mohammad Nabi is in terrific form at the moment. Even though he couldn’t contribute much with the bat against England in the previous match, but was brilliant with the ball. In the 102 T20Is that the 37-year-old has played, Nabi has scored 1672 runs at a strike rate of 140.03.

He is the designated finisher in the Afghanistan squad and proved that against Bangladesh and Pakistan in the warm-up games. With the ball, Nabi has picked up 84 wickets in his T20I career at an economy of 7.29 so far.

Coming to Rashid Khan, the 24-year-old is a runaway match-winner in the Afghanistan squad at the moment. He currently is the number one T20I-ranked bowler as per ICC’s ranking and rightfully so. The all-rounder has played 72 T20Is for Afghanistan and picked up 119 wickets at an economy of 6.22. With the bat, he can play brilliant cameos as he has a strike rate of almost 120 in the shortest format of the game. 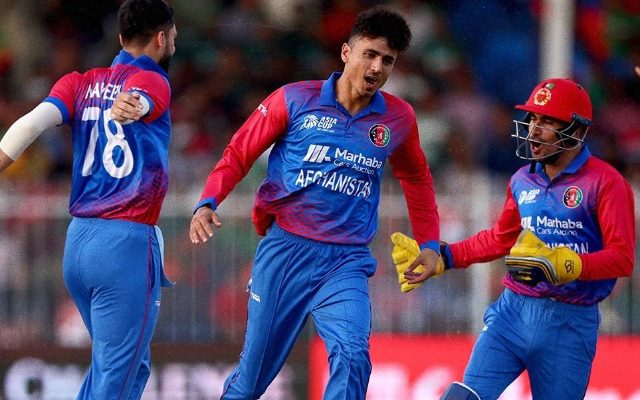 The Australian conditions hardly favour the spinners but that hasn't stopped Mujeeb from doing well in the country. The youngster has done well in the Big Bash League previously and is someone who has the ability to help Afghanistan get the win against Ireland.

The mystery spinner has played 34 T20Is for Afghanistan and picked up 46 wickets at an economy rate of 6.09. He can be extremely economical and can put pressure on the Irish batters.

The trio of Fareed Ahmed Malik, Azmatullah Omarzai and Fazalhaq Farooqi has done well but consistency has been the problem. The 22-year-old Farooqi has picked up seven wickets in the last five matches and being a left-arm bowler, creates an angle, that’s difficult for the batters to take control of.

The 28-year-old Fareed Ahmad Malik too is in great form at the moment. He has picked up eight wickets in the last five matches while Omarzai is yet to prove his worth in international cricket.