In India’s glorious cricketing history, several top-drawer players have donned the bleed blue jersey and established their supremacy in the ODI circuit.

India played their first-ever One Day international (ODI) match on July 13, 1974. It has been over 48 years since then and the stature of Indian cricket has grown leaps and bounds in the international arena since then. They have now become a powerhouse in world cricket.

In India’s glorious cricketing history, several top-drawer players have donned the bleed blue jersey and have established their supremacy in the ODIs. Moreover, the Men in Blue have broken many records in the 50-over format that have left the cricketing fraternity awestruck.

Here are five major records that India hold in ODIs 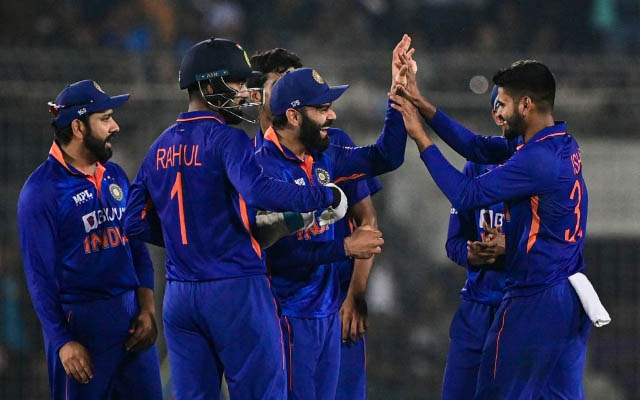 India locked horns with Sri Lanka in the final game of the three-match ODI series on Sunday, January  15, 2023. After opting to bat first, Skipper Rohit Sharma and Shubman Gill started the proceedings for the Men in Blue and took the attack to the opposition right from the get-go.

Though Rohit was dismissed at the individual score of 42 runs off 49 balls, Virat Kohli joined hands with Gill and continued hammering the Sri Lankan bowling attack all across the park. There was no bowler who could escape the carnage inflicted by the ace batters. Shubman smashed 116 runs off 97 balls while Kohli plundered 166* runs off 110 balls.

Courtesy of the breathtaking centuries from the duo, India posted a mammoth 390 runs on the board. Sri Lanka, in response, were bundled out for mere 73 runs. Mohammed Siraj was the wrecker-in-chief for Rohit & co. , picking up a sensational four-wicket haul.

With an incredible all round effort, India wrote their names in history books by registering the win by 317 runs - the largest margin of victory (in terms of runs) in ODIs. They surpassed New Zealand's tally of 290 runs which the Kiwis created against Ireland in July 2008.