IPL 2023: 5 Teams that can target Manish Pandey at upcoming auction

Manish Pandey has been one of the most prolific run-getters in the history of the Indian Premier League.

Manish Pandey is among the most prolific run-getters in the history of the Indian Premier League. The 33-year-old has been part of the lucrative T20 tournament since its very inception in 2008 and has amassed 3648 runs in 160 matches at a strike rate of 121.52, including one blistering century and 21 half-centuries.

Lucknow Super Giants picked the Indian batter at the 2022 mega auction to bring experience in the middle order. However, Manish was not at his best with the bat and could only score just 88 runs in six games at a strike rate of 110.00. Following his poor outings, LSG did not retain him for the next season.

Manish will now be a part of the IPL 2023 player auction. The Nainital-born is an experienced campaigner and many franchises could be interested in signing him at the upcoming auction. One could even witness a bidding war between teams to acquire the services of the ace batter for the 16th edition.

Here are five teams that can target Manish Pandey at the auction: 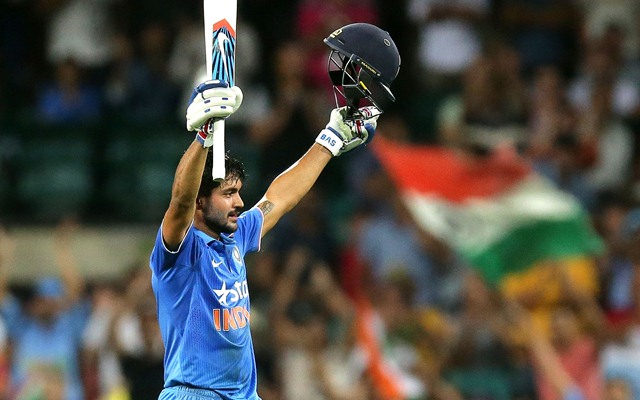 Gujarat Titans scripted history in the 15th edition of the lucrative T20 tournament by winning the title in their debut season itself.

Hardik Pandya & co. had a lot of positives throughout their phenomenal campaign as different players raised their hands on different occasions. However, the team management struggled to find the right candidate for the number three position in the batting line-up.

The Gujarat franchise entrusted Vijay Shankar with the role but the 31-year-old failed to deliver the goods and could manage mere 19 runs in four games. Following Shankar's miserable outings, GT replaced him with Sai Sudharsan. The youngster did a decent job and scored 145 runs in five games at a strike rate of 127.19.

However, in the latter half of the tournament, the Gujarat franchise dropped Sudharsan and brought Matthew Wade back in his place which did not produce results.

GT’s search for a batter to slot in at number three could end with Manish. The Indian batter has done a great job at that position in the IPL and Hardik & co. could go all guns blazing to sign the 33-year-old at the upcoming auction.