Joe Root recently expressed his desire to play in the IPL 2023.

With the forthcoming IPL auction around the corner, franchises have begun ideating and prepping for the next season to bolster their squad. Former England Test captain Joe Root has officially submitted his name for the upcoming mini-auction which could make franchises keep tabs on the player to secure his services.

Root was last involved in the 2018 auction, however, the batter could not attract offers and went unsold. His only exposure to domestic tournaments has been in the T20 Blast, the Hundred, and for the Sydney Thunder back in 2018-19. Furthermore, Root last played a T20I in 2019 and was not part of the previous two T20 World Cup squads (2021 and 2022).

In the 2016 T20 World Cup, he played a vital role for the Three Lions scoring 249 runs at an average of 49.8 and striking at 146.47 which helped his side reach the summit clash. However, since then he hasn’t got too many opportunities in T20I after taking over the leadership in the red ball format. Now, with the burden of being the test captain for the national side off his shoulder, Root will hope that he gets picked by a franchise in the forthcoming auction and displays his qualities in the shortest format. 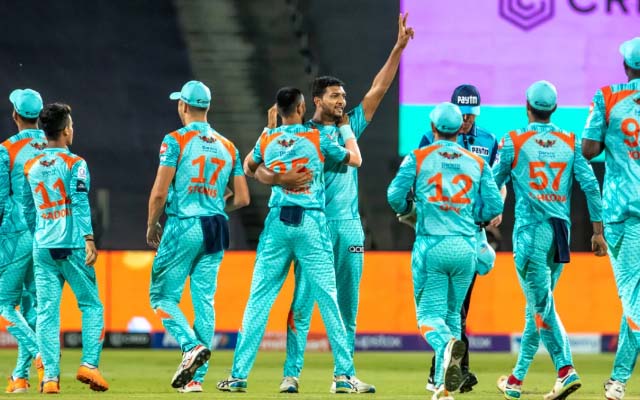 The newly joined franchise led by KL Rahul relished a terrific season for a start with sensational performances coming from certain players. Speaking about their batting, their top-order batters, consisting of Rahul, Quinton de Kock, and Deepak Hooda scored the majority runs for the side.

However, it was the side’s middle order that was the major weak link in the batting line-up as they were heavily reliant on the top order to hit the ground running. Undoubtedly, that does not get a side ahead in the competition to compete for the title.

Joe Root’s addition to the side can hand a major boost considering that they need a strong middle-order batter. Furthermore, after releasing Manish Pandey and Evin Lewis ahead of the mini-auction, LSG will certainly look to bolster their middle order and may keep tabs on the Englishman.