AUS vs ENG Match Prediction – Who will win today's match between Australia vs England?

Australia and England will lock horns in the final ODI of the three-match series at the majestic Melbourne Cricket Ground. The series had already been sealed by the hosts Australia having won the first two games comfortably and Jos Buttler will be looking to finish the series with a consolation victory.

England has tried out all the players in the bench with a clear plan for the upcoming World Cup and the batting line-up is likely to remain the same with some changes in the bowling lineup. They had minimal answers to Australia’s bowling attack in the previous ODI at the SCG.

Australia, meanwhile haven’t had much questions to answer and they will be quite happy with the form of Steve Smith and Mitchell Starc. Marnus Labuschagne was back among the runs and they couldn’t have had better all-round showing in the last game. A clean sweep is up for the taking for the men in yellow in the final game.

The MCG venue usually assists the fast bowlers quite well and they tend to extract a little bit of bounce which can make it uncomfortable for the batters. The skipper winning the toss is likely bowl first as it won’t be an easy wicket to defend and does get better in the second half.

Steve Smith has been in excellent form in the last two games and has found himself in better positions since his changes in technique. The right-hander missed out on his century by just six runs in the previous game after trying a glory shot to complete the landmark and he will be looking to make up for it.

Hazlewood has been quite consistent with his performances in the last two years and he did a great job while leading the side in the absence of Pat Cummins. The tall seamer likes to hit the hard lengths for the batters and finished with 2 for 33 in his seven overs in the previous game. 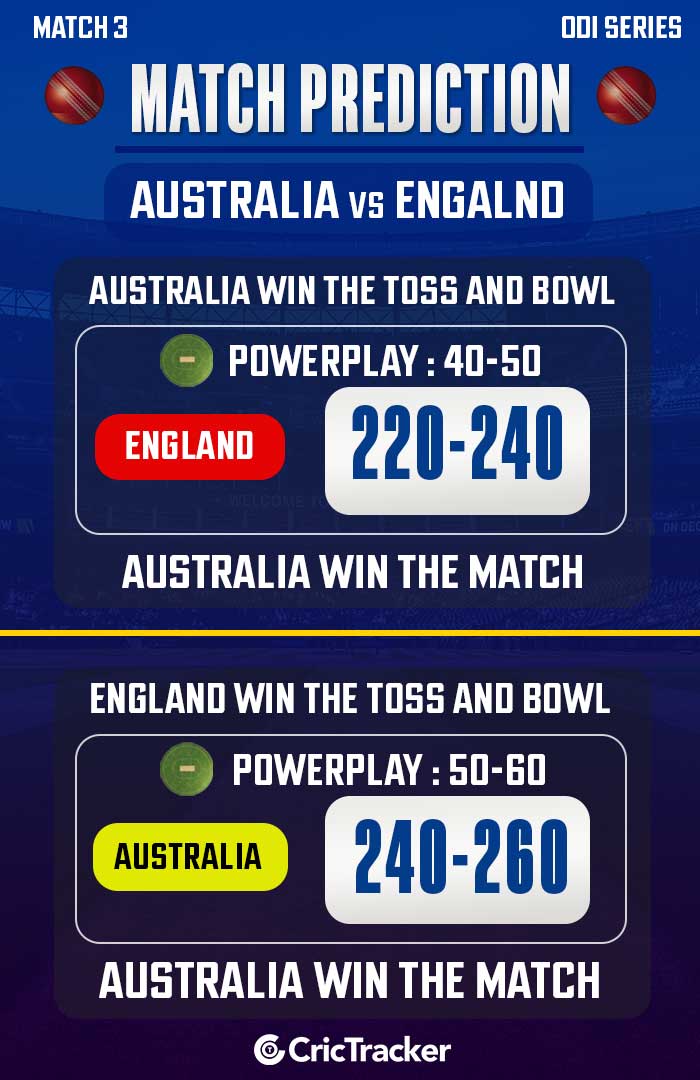