The Hobart Hurricanes enter this game with a losing record after two straight defeats and are currently in last place on the standings with five victories in 12 games.

Hobart Hurricanes (HUR) will take the stage alongside Sydney Sixers (SIX) in the 53rd Match of the Big Bash League 2022-23 at the Bellerive Oval on Monday. Hobart Hurricanes are coming into this game, having lost two back-to-back games. They currently stand second last on the table, with five wins in 12 games. Matthew Wade & Co. would need to win against Sixers to give themselves a chance to qualify for the playoffs.

Sydney Sixers, on the other hand, are entering the contest after thrashing Sydney Thunder by 125 runs. Moises Henriques & Co. are on a five-match winning streak and would look to continue with the momentum before they take on the defending champions, Perth Scorchers, in the qualifier.

The wicket at the Bellerive Oval in Hobart is traditionally known to favour both batters and bowlers alike. However, conditions seem to become good for batting as the game progresses and due to the same, teams have found it difficult to defend a total. In the last four matches played at the venue, three have been won by the side batting second.

Steven Smith has set the Big Bash League 2022-23 ablaze with his spectacular performances. He has smashed 262 runs in three games at a stunning strike rate of 175.83, including two blistering centuries. With the kind of form Smith is in, one could witness another batting masterclass in the coming game.

Sean Abbott has been simply sensational in the ongoing season of the Big Bash League. The ace pacer has been Henriques’ go-to man when in need of wickets and he has delivered on most occasions. The 30-year-old has bagged 23 wickets in 12 matches at an economy of 7.89. He would again look to weave his magic in the encounter against Hurricanes. 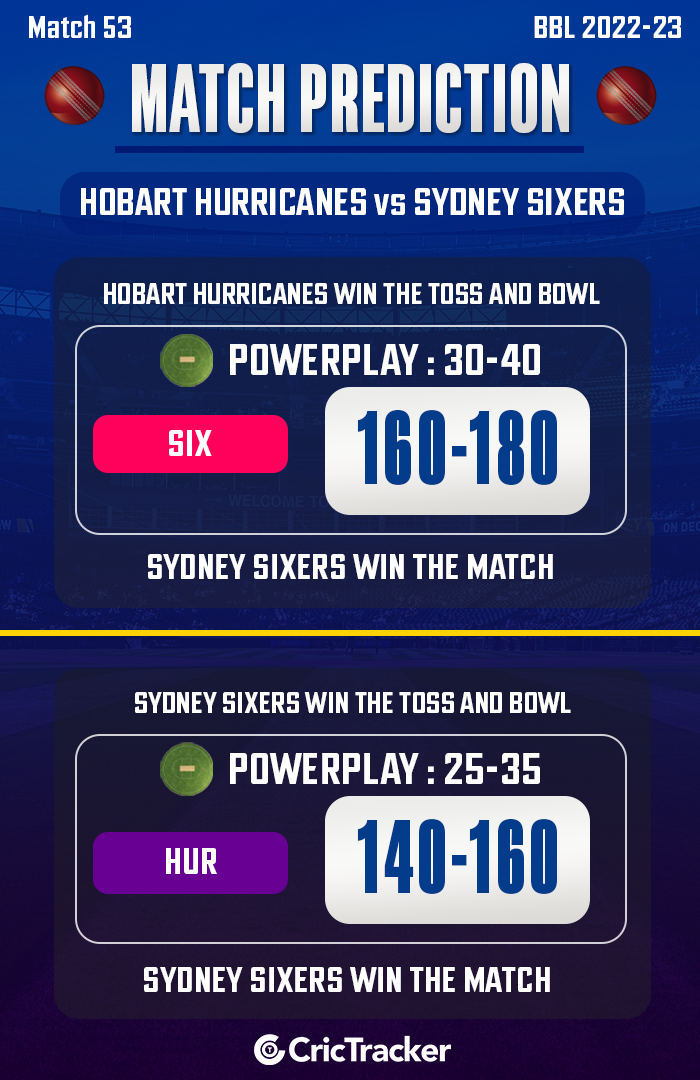