Khulna Tigers are yet to win a single match in the ongoing BPL.

The Zahur Ahmed Chowdhury Stadium in Chattogram will host Khulna Tigers (KHT) and Rangpur Riders (RAN) for the second time in four days. The Nurul Hasan-led side won the first fixture of the leg by four wickets and will look to repeat the same in order to move to second in the ongoing Bangladesh Premier League points table. The Tigers, on the other hand, had a terrible start to the tournament as they currently are sixth in the table with zero wins to their name.

Be it their batting or bowling, the Yasir Ali-led side has been very poor so far in the tournament. They posted only 130 runs on board in the previous match and that’s a massive reason to worry about. From a bowling perspective, they were decent in the last match but there still is a lot of room for improvement.

The Riders in the meantime, have managed to win two of their last three games. They are getting the result but haven’t been very convincing. Batting-wise, they were average in the last match against the Tigers as only Shoaib Malik managed to score the crucial runs. Robiul Haque’s form with the ball will be a massive positive going into their fourth match of the season.

The pitch has favoured the batters so far and it is expected to behave the same way in the upcoming match. Since it’s a day game, spinners can prove to be handy. Bowling first will be ideal and anything above 160 will be a good score on this pitch.

Even though the Tigers are having a poor season, Azam Khan has been fantastic with the bat. The 24-year-old has scored 161 runs in three matches and currently is the fourth-leading run-scorer in the tournament. For Khulna to make a comeback into the tournament, Azam Khan needs to keep playing in the same manner.

With seven wickets from three matches, Robiul Haque has set the tournament on fire. The youngster is currently the leading wicket-taker of the tournament and will once again be critical for the team in the next match. 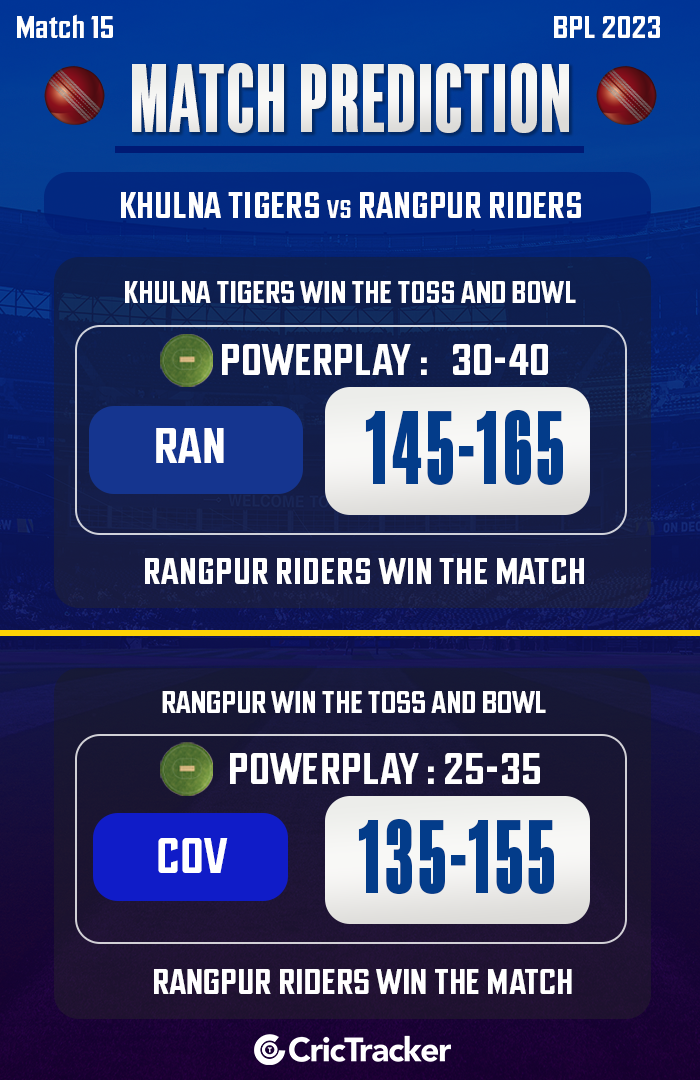