After a very poor start in the Bangladesh Premier League, defending champions Comilla Victorians are back at their very best, winning two matches on a trot, including a scintillating five-wicket victory over league leaders Sylhet Strikers in the previous match. They are currently placed fourth in the points table and with a win against Dhaka Dominators on January 19 at the Zahur Ahmed Chowdhury Stadium in Chattogram, they can move upwards and improve their ranking.

Coming to the Nasir Hossain-led, Dhaka Dominators have been very poor throughout the season. They have managed to win only one out of their four matches and lost their last match against Sylhet Strikers. Be it their batting or bowling, it has been underwhelming so far and the team needs to improve massively in order to make a comeback in the tournament.

The Victorians in the meantime have improved significantly. Litton Das gave them a perfect start in the previous match and if he continues to play in the same manner, he can wreak havoc against any bowler. From the bowler’s point of view, they have done very well in the last two matches and would look forward to keeping up with same kind of performances.

The surface in Chattogram has been on the slower side as of late. The team winning the toss should elect to bowl first. Since it’s a day game, anything above 150 runs will be a very good score in the first innings.

The flamboyant opener Litton Das has been exceptional in the last two matches. The 28-year-old smashed 160 runs from five matches at a strike rate of 150.94. He is very crucial for the side as the Comilla Victorians are playing phenomenal cricket at the moment.

The 26-year-old Tanvir Islam has picked up seven wickets from three matches. In a ground, where the spinners have found some help in the last few matches, Tanvir can be dangerous with his left-arm spin. 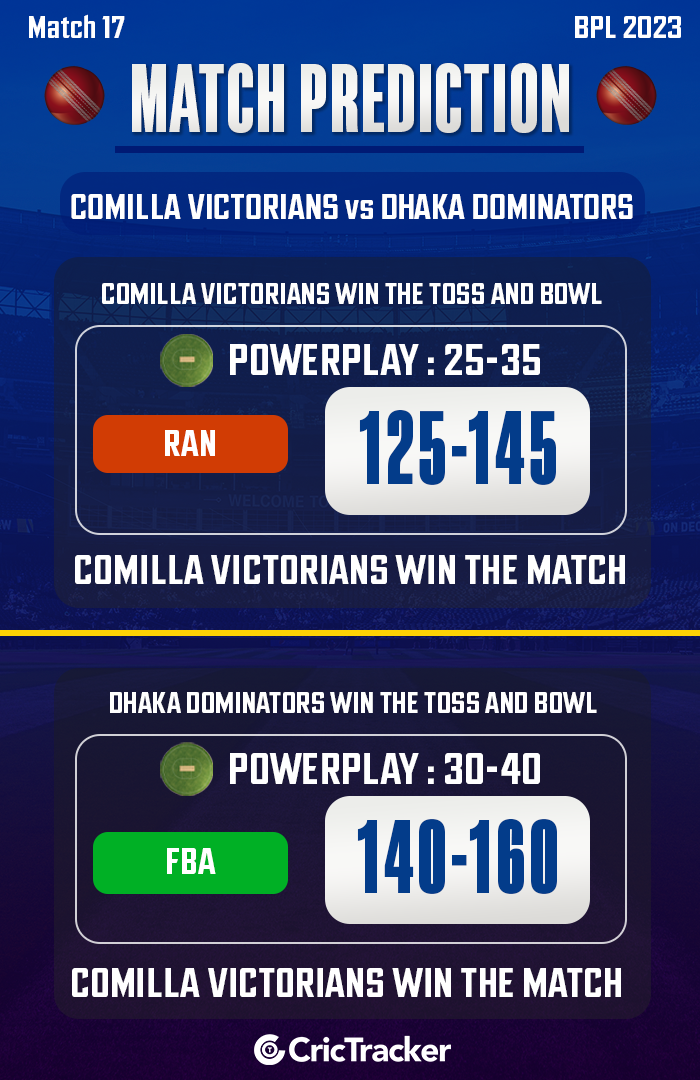