Sylhet Strikers are currently at the top of the table while Fortune Barishal are placed second.

Fortune Barishal have won five matches on the trot and are currently one of the favourites to win the tournament. In their next game, the Shakib Al Hasan-led side are scheduled to challenge Sylhet Strikers at Shere Bangla National Stadium in Dhaka and with a win, they can move to the top of the table. However, the Strikers are not going to make it any easy as they are the only team to win against Barishal in the ongoing Bangladesh Premier League.

In their last game, the Barishal franchise defeated Dhaka Dominators by 13 runs. Iftikhar Ahmed, who’s playing some brilliant cricket at the moment once again wreaked havoc as the Pakistan international smashed 56 runs off 34 deliveries. Skipper Shakib Al Hasan played a scintillating cameo of 30 runs off 17 deliveries and courtesy of their innings, Barsihal posted 173 on board after 20 overs. The team was quite ordinary with the ball but eventually managed to get the win. Against the Strikers, they will now eye to settle the score and move to the top of the table.

When it comes to the Strikers, they have been equally consistent throughout the season. Though, the Mashrafe Mortaza-led side suffered a defeat at the hands of Comilla Victorians in the previous match after a complete batting failure. The skipper did well with the ball but couldn’t manage to get the win and eventually suffered their first defeat of the season. However, there’s nothing to worry about at the moment but they need to step up their game in order to solidify their place at the top of the table.

The pitch at the Shere Bangla National Stadium has been good for batting. However, since it’s a day game, batters need to spend time in the middle to get adjusted to the condition. Bowling first will be ideal and anything above 170 will be a good score on this pitch.

Probable Best Batter: Iftikhar Ahmed
Iftikhar Ahmed has been phenomenal in the season. In six matches, the 32-year-old has scored 256 runs at a jaw-dropping strike rate of 181.56. If he once again manages to play a similar brand of cricket, it is going to be a long and hard night for the Strikers.

Probable Best Bowler: Mashrafe Mortaza
Striker skipper Mashrafe Mortaza has clinched nine wickets from six games and currently is the second-leading wicket-taker of the tournament. In order to get a win and maintain their position at the top of the table, Mortaza will once again have to lead from the front. 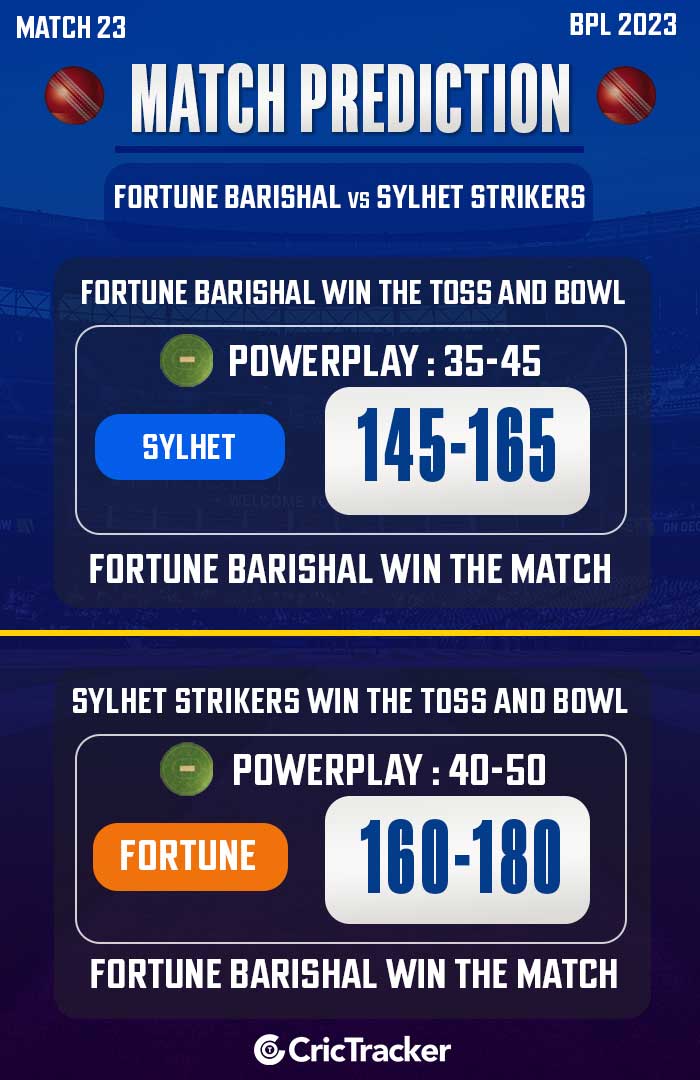