Bhilwara Kings won the previous encounter between the two sides.

Gujarat Giants are all set to take on the Bhilwara Kings in Match 11 of the Legends League Cricket 2022 at the Barkatullah Khan Stadium in Jodhpur. Both teams have already met each other in the tournament at the Barabati Stadium and it was the Bhilwara Kings who emerged victorious in that meeting.

As far as the Gujarat Giants is considered, they have three of the most destructive batters in Chris Gayle, Kevin O Brien and Virender Sehwag. However, the middle-order struggled has found it tough and so far, the side has won just two out of their five games.

On the other hand, the Bhilwara Kings moved to the second position in the points table after their big win against Gujarat Giants. The Irfan Pathan-led side will know the importance of winning and will be keen to continue the momentum forward.

The Barkatullah Khan Stadium in Jodhpur is yet to host a T20 game so far and it will be a tough call to bat first at the venue. The conditions have favoured the bowlers so far and the skipper winning the toss will be looking to bowl first.

William Porterfield has been in oustanding touch with the bat and the left-hander played a blistering innings at the top to lay the impetus for a big total to be posted. The left-hander scored a 33-ball 64 which included ten fours and two sixes in the previous outing against Gujarat Giants and he will be eager to catch up on his good form.

Fidel Edwards has bowled his heart out in the tournament so far despite going for runs and he has been unlucky at times. The West Indian has been picking up wickets at crucial times and has taken the responsibility for bowling the tough overs. The speedster could be tough to bat given his slinging action and he went through a good spell in the previous game. 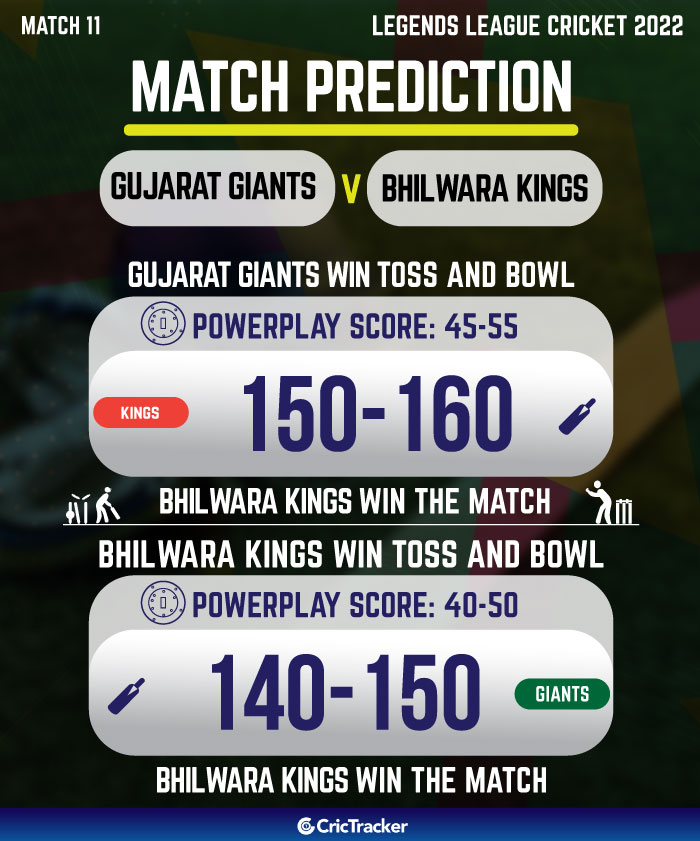