PAK vs ENG Match Prediction – Who will win today’s match?

England will be visiting Pakistan after 17 long years as both teams look to test their skills ahead of next month's T20 World Cup 2022 in Australia.

Pakistan and England will be locking horns in the first T20I at the National Stadium in Karachi on Tuesday, September 20. The seven-match series will be ideal preparation for both sides ahead of the next month's T20 World Cup 2022 in Australia.

The Men Green will be looking to work on their brittle middle-order in this home series while skipper Babar Azam would be hoping to regain his mojo with the bat after a forgettable Asia Cup 2022 campaign where he managed only 68 runs in six innings. Pakistan desperately need to work on their batting as apart from Mohammad Rizwan none of the others were consistent in the Asia Cup.

England, on the other hand, are visiting Pakistan after 17 years. They were scheduled to play a limited-overs series in the country last year before the tour was cancelled at the last minute due to unavoidable circumstances. The Three Lions will be heading into this tour having lost successive home T20I series against India and South Africa. White-ball skipper Jos Buttler is set to miss the Karachi leg as he recovers from a knee injury and his deputy Moeen Ali will be the stand-in captain.

Where to Watch: Sony Sports Network and SonyLiv app

The Karachi wicket is a batting-friendly one that offers a high-scoring entertainment thanks to the shorter boundaries. A total over 190 is considered to be a good total on this ground. Therefore, the captain winning the toss will look to bowl first.

All eyes will be on the top-ranked T20I batter Mohammad Rizwan in this home series. Rizwan had an oustanding Asia Cup where he finished as the leading run-getter, having amassed 281 runs from six matches. Pakistan would be reliant on him to provide brisk starts and even he would be eyeing to score a bulk of runs in the seven games.

Naseem Shah was impressive with the ball in hand and played an important role in helping Pakistan make the Asia Cup finals. He turned out to be a huge threat in the opening fixture against arch-rivals India both in the initial and middle overs. Naseem finished the tournament with seven-wicket from five innings at an ecomomy of 7.66. 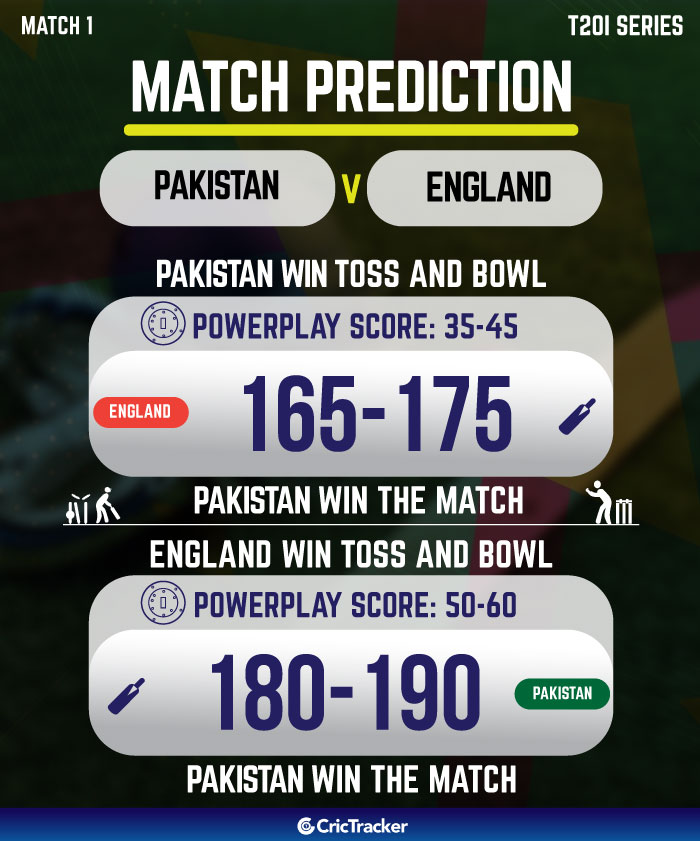