Both teams are coming off a loss in their previous game.

Australia Legends will take on Bangladesh Legends in Match 11 of the Road Safety World Series 2022 at the Holkar Stadium in Indore. Bangladesh were completely dominated by West Indies in their first game against and will be looking to come up with a better performance.

On the other hand, the Australia did show a good fight against Sri Lanka  and came close to chasing down the mammoth total. The bowling attack leaked runs, which they would be looking to correct.

A run fest is usually expected at the Holkar Stadium in Indore and this is the ground where India scored it's highest T20I score of 260 in 2017. The conditions will favour the batting side and the skipper who wins the toss will be looking to bowl first at the venue.

Shane Watson looked in great touch against Sri Lanka and he got his side off to a blistering start. The right-hander scored a fluent 23-ball 39 with six fours and two sixes while batting at the top. He has the ability to win games on his own and he will fancy himself to make a big score again.

Dirk Nannes was the only bowler who was economical in the game against Sri Lanka. The left-arm speedster finished with 0/29 in his four overs at 7.20 runs per over in a game where almost 400 runs were scored. He has got a difficult action to play against for the batters and is likely to make an impact again. 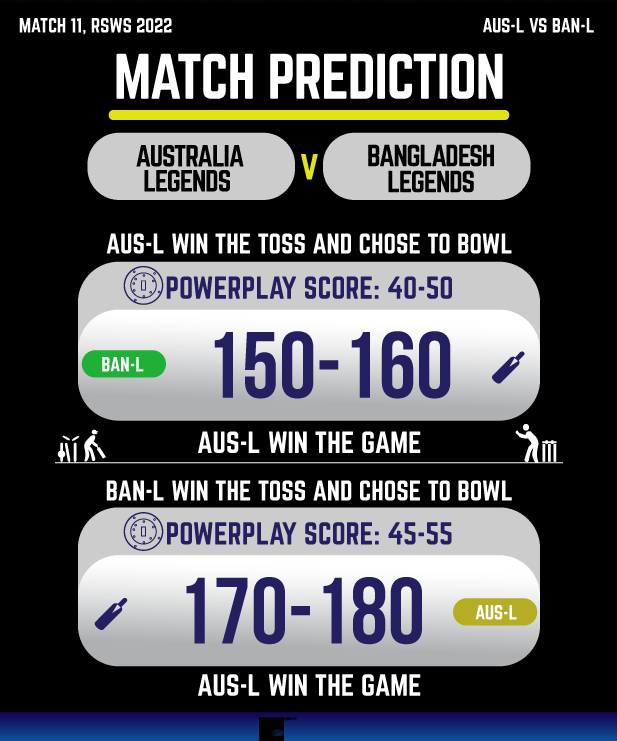