England Legends haven't won a game in RSWS 2022 so far.

India Legends will take on England Legends in Match 14 of the Road Safety World Series 2022 at the Rajiv Gandhi International Cricket Stadium in Dehradun. The last two scheduled games for the India have been affected by rain, which was a major disappointment for the fans. The Sachin Tendulkar-led side has played three games so far and are currently at the third position in the points table with 4 points.

On the other hand, England are yet to win a game in this edition and have lost two of the three games they have played. They suffered a humiliating defeat at the hands of West Indies in their previous game and will be keen to turn the tides in their favour.

The Rajiv Gandhi stadium in Dehradun has been a high-scoring venue and batters will enjoy the conditions. The skipper winning the toss will be looking to bat first going by the results so far.

Stuart Binny had a great outing against South Africa Legends where he played a 82-run knock. The all-rounder from Karnataka is known for hitting big sixes and he will be quite handy in the middle-order alongside Yusuf Pathan and Yuvraj Singh. Binny can also provide few overs if needed with the ball and he is a valuable asset in the side when he is in form.

Rahul Sharma was impressive with the ball against the South Africa Legends and he can bowl at different stages of the game. The leg-spinner has picked up a three-wicket haul already in the tournament and he will be looking to continue the good rythym. 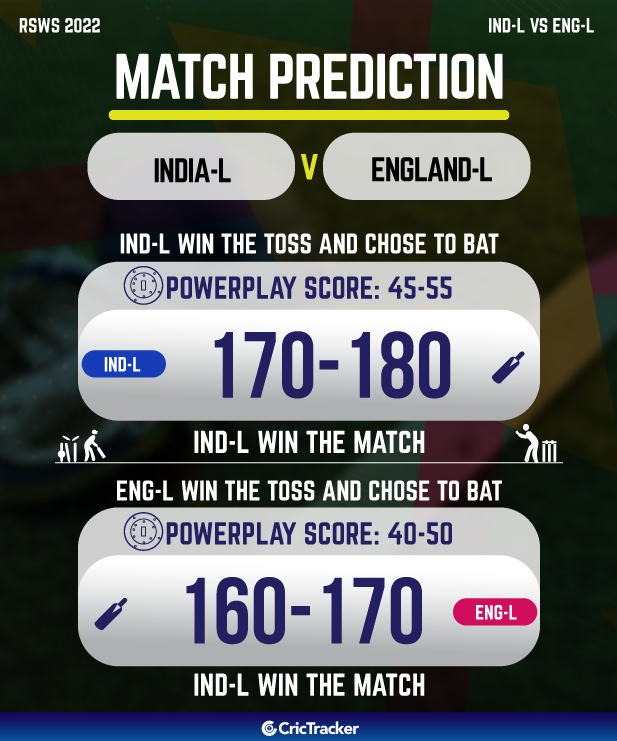