The match will be played on September 24.

Sri Lanka Legends are set to take on New Zealand Legends in their next group stage encounter of the Road Safety World Series (RSWS). The match will be played on September 24 (Saturday) at the Rajiv Gandhi International Cricket Stadium, Dehradun.

Talking about both team's performance in the tournament so far, the Sri Lanka Legends have won their all three games and are sitting third on the points table. On the other hand, New Zealand Legends have played four matches and won one match with two of their encounters ending in no result.

The wicket at the Rajiv Gandhi International Cricket Stadium generally offers a very good surface to bat on. However, the new ball bowlers might obtain some swing during the field restrictions. The skipper winning the toss might be tempted to have a bowl first.

Sri Lanka Legends opening batter Dilshan Munaweera scored 26 runs in his last match against South Africa Legends. However, he was scalped by spinner Johan Botha. Munaweera has been in good touch with the bat and he will want to have a good outing against New Zealand Legends.

Veteran pacer Nuwan Kulasekara had a good outing in his the last match as he scalped two crucial wickets for his side. Kulasekara has the ability to swing the new ball and he is one chief threat to New Zealand Legends batting order. 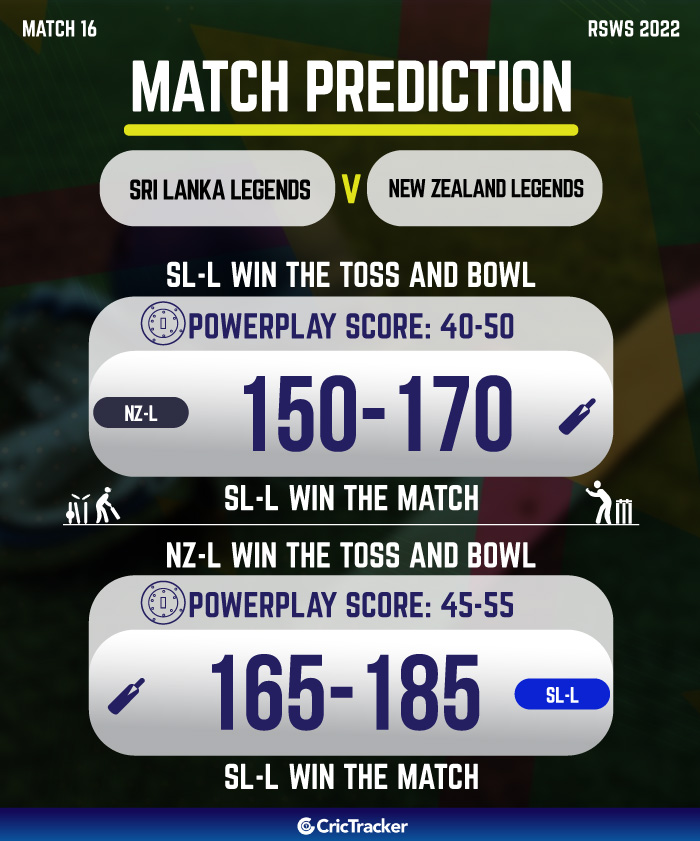