Both Hobart Hurricanes and Melbourne Renegades will come into the 28th match of the ongoing Women's Big Bash League (WBBL) after a defeat at the hands of Sydney Sixers. Hurricanes will host the match on Thursday, November 3 at Bellerive Oval.

They were close to earning two points in their last fixture but failed to capitalize with the ball. When it comes to their batting, the Elyse Villani-led side has done reasonably well but there is of course is room for improvement.

Melbourne Renegades, on the other hand, have been pathetic this season. With just one win out of their six games, they currently are at the bottom of the table. The team only managed to beat Adelaide Strikers in their first match and ever since, the Sophie Molineux-led side hasn’t been able to do any damage. They are a decent side on paper but on the pitch, they lack quality and most importantly, momentum.

The surface at Bellerive Oval will definitely help the batters to get going right from the start. The pacers will get some help from the pitch but only for the initial few overs. Bowling first will be ideal in these conditions.

Batting in the middle order, Carly Lesson has done well so far in the Women’s Big Bash League (WBBL). The 23-year-old Aussie all-rounder has scored 156 runs at a strike rate of 128.92 so far in the tournament and with that, she is currently the ninth leading run-scorer of the tournament. Given her form, she can prove to be a dangerous batter and hand the Renegades a much-needed win.

The 24-year-old Sophie Molineux has picked up seven wickets in six matches so far. At an economy of 7.16, she has been instrumental for the Renegades but that hasn’t been enough for the team. However, she remains to be someone who can cause havoc and make an impact in the match. 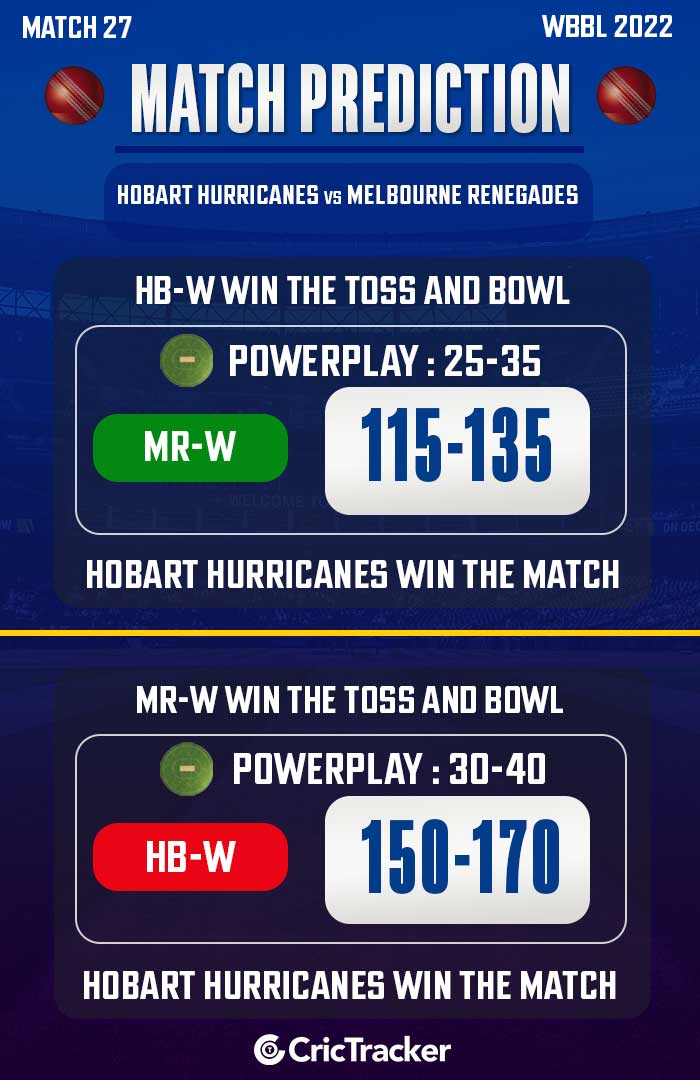