Raynard van Tonder and Shaun von Berg are the leading run-scorers and wicket-takers respectively in this competition. They are must picks for your Dream11 fantasy teams.

The Cross Pool match of the CSA 4-Day Franchise Series 2020-21 will be played between Titans and Knights starting on 7th March at SuperSport Park, Centurion.

Titans will face Knights in the Cross Pool match of the 4-Day Franchise Series 2020-21 starting from March 7th. After almost 3 months, both teams will be playing the longest format. In between, they have played 50 over and 20 overs format as well.

Titans have played 5 matches so far and have won 2 and lost one. They finished at top of the table in the Pool B standings with 75.58 points. International capped players Dean Elgar, Aiden Markram, and Heinrich Klaasen will strengthen the side and they look forward to gaining points in this match.

On the other hand, Knights also topped the Pool A standings with 87.94 points. They have played 5 matches in this competition and have won 3 and lost 2. Knights’ leading run-scorer Raynard van Tonder is in tremendous form in this format and Shaun von Berg has picked most wickets in this tournament. Both are the key players for their teams and if they perform to their standards, Knights have got more chances of winning this game.

It will be mostly sunny for the next 4 days in Centurion with the maximum temperature not crossing more than 31 degrees Celsius and the average humidity levels will be at 40 per cent. There is no chance of precipitation for this match.

The surface here at the SuperSport Park is renowned for pace and bounce. The outfield is fast, which helps the batsmen. Nowadays, it is has become a spin-friendly surface. Batting first is a good option on this wicket.

Aiden Markram has been exceptional in the longest format of the game for Titans. He has scored 544 runs in 8 innings at an average of 77.71, with the highest score of 149. He has scored 3 centuries and a half-century as well.

Newly appointed South African test skipper Dean Elgar has been in good form, scoring 312 runs in 8 innings at an average of 39, with the best score of 101.

Chinaman spinner Tabraiz Shamsi is showing he can pick wickets in the longest format as well. He has picked up 15 wickets in only 2 matches with the best figures of 8/32 in an innings.

22-year-old Raynard van Tonder is the leading run-scorer in this tournament. He has scored 604 runs in only 10 innings at an average of 67.11, with the highest score of 200. He is a must-pick for his impeccable batting display.

Migael Pretorius is a must-have all-rounder for your Dream11 fantasy team, as he has picked up 21 wickets in 5 matches with the best bowling figures of 4/40 in an innings. With the bat, he has scored 171 runs in 7 innings with the highest score of 79*.

Matthew Kleinveldt is the second-highest run-scorer for Knights in this competition. He has scored 317 runs in 10 innings at an average of 35.22 with the highest score of 77.

Shaun von Berg is a must-pick bowler for your Dream11 Fantasy team, since he is the leading wicket-taker in this tournament, picking up 24 wickets in 10 innings with the best bowling figures of 5/93 in an innings. 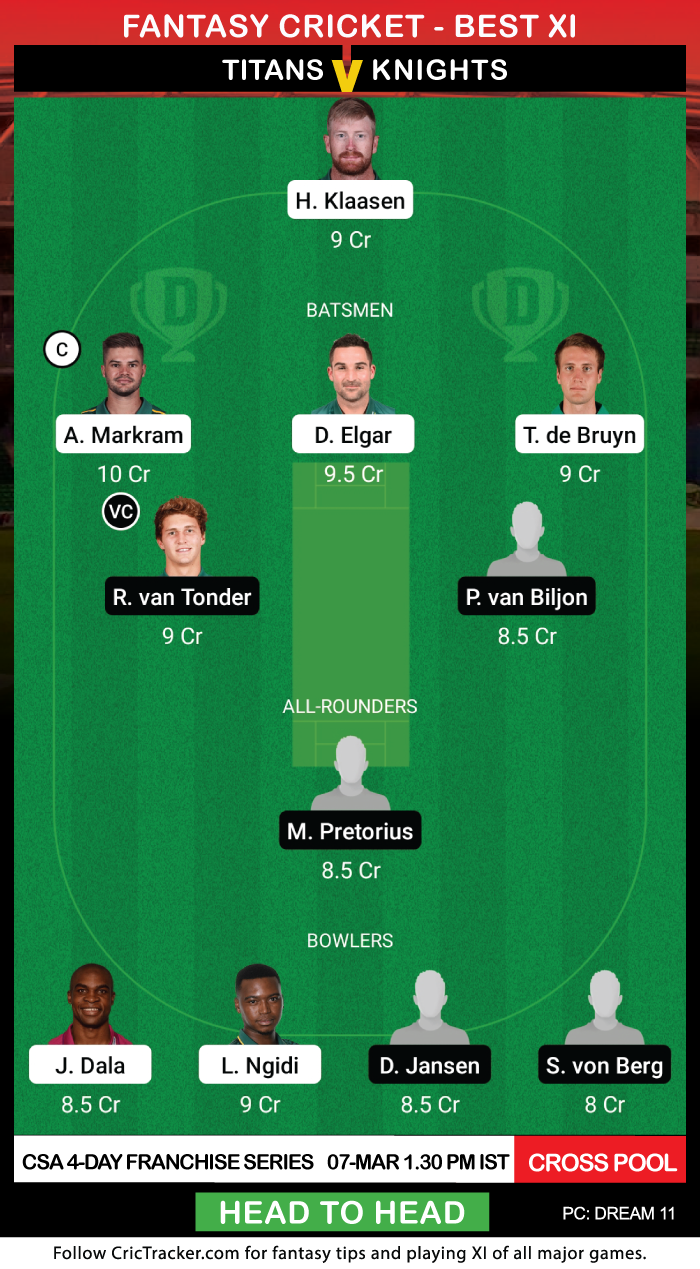 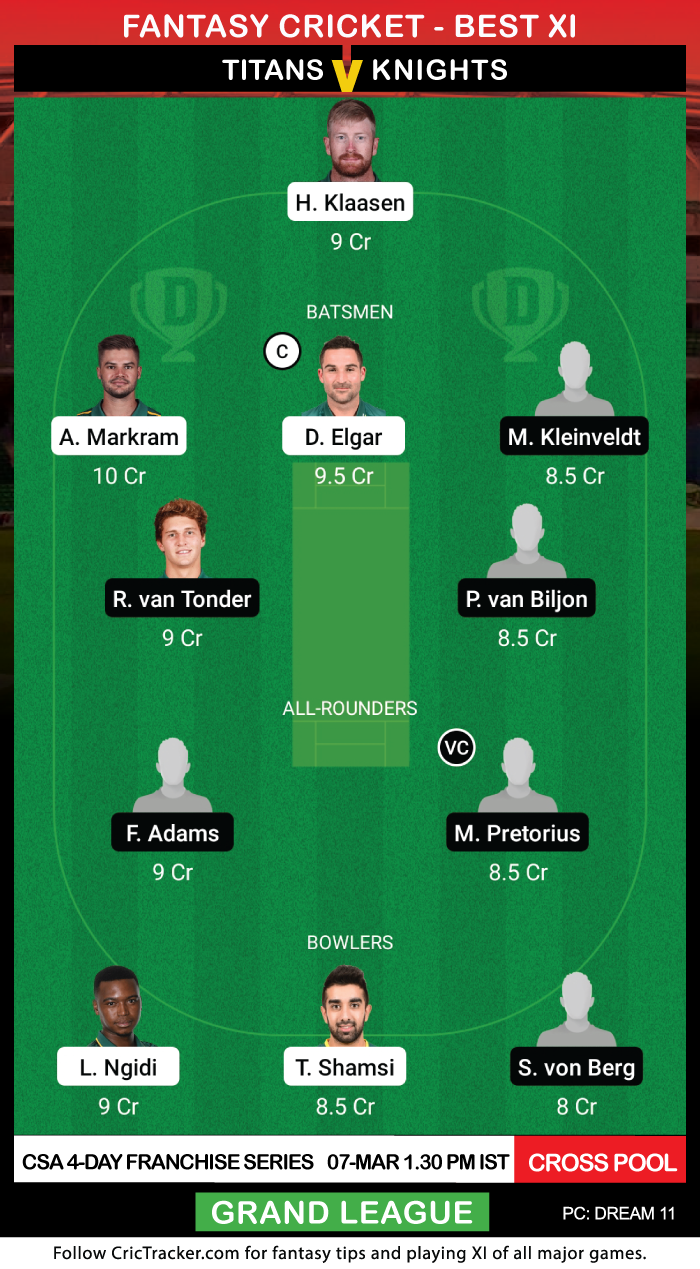 Raynard van Tonder and Shaun von Berg are the leading run-scorers and wicket-takers respectively in this competition. They are must picks for your Dream11 fantasy teams.