Catalunya CC are likely to get into the top 4 by beating Falco CC.

The 31st match of the ECS Barcelona T10 will be played between Catalunya Tigers CC and Falco CC at Montjuic Olympic Ground, Barcelona.

Catalunya Tigers CC will up against the Falco CC in the 31st match of the ECS Barcelona T10. Catalunya Tigers CC are in 5th position in the table, with 6 points in their bag. Till now they have played 5 matches and have won 3 of them. On Monday, they played two matches. In the first match, they lost terribly to Badalona Shaheen CC by 8 wickets, while in the second match, they won comfortably by 8 wickets against Catalunya CC with 5 balls to spare in a run chase of 125. Aziz Mohammad was awarded Man of the Match for his all-round performance. They will be in a great mood after their previous win and will look forward to carrying the same momentum against Falco CC.

On the other hand, with 2 wins and 4 losses, Falco CC are in 6th position in the standings. They had a quite long break after their win against Fateh CC, where they beat them by 66 runs. Wicket-keeper Awais Ahmed is the key player for them. They have played some quality cricket, but have not been able to get over the finishing line. There is plenty of scope for improvement in the bowling department at the death overs. It is going to an important match for both the teams.

It’s going to be mostly sunny in Barcelona with a temperature of 18 degrees Celsius and the humidity is 81 percent. There is no chance of precipitation for this match.

It is a good wicket to bat and batters will get full value for their shots. Since astroturf is an artificial pitch, the ball skids through more than the normal wicket. Hence, bowlers need to put some effort to pick the wickets.

Aaron Finch was the biggest disappointment for RCB this season: Aakash Chopra

Aziz Muhammad is the leading run-scorer and as well as leading wicket-taker for Catalunya Tigers CC. He has scored 188 runs, at an average of 62.66 and a strike rate of  257.53. He has also taken wickets 6.

Davinder Singh Kaur has scored 129 runs in 5 matches. He boasts of a brilliant average of 43 and an equally impressive strike rate of 169.73. 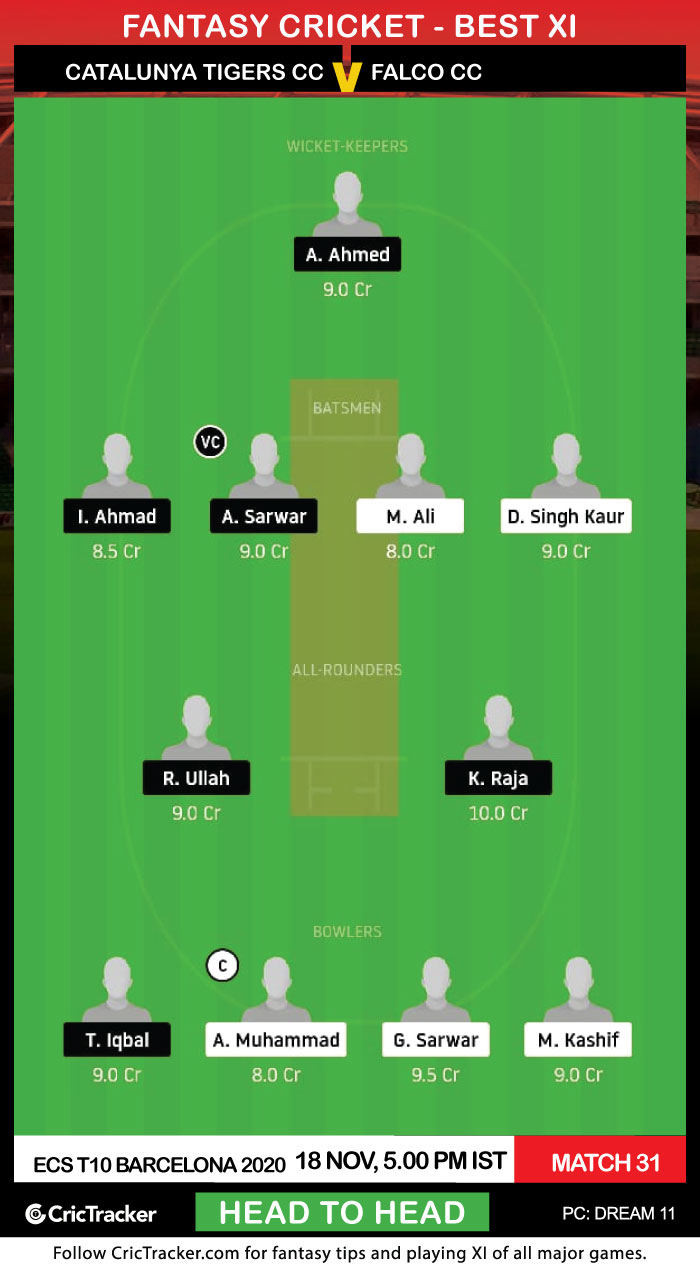 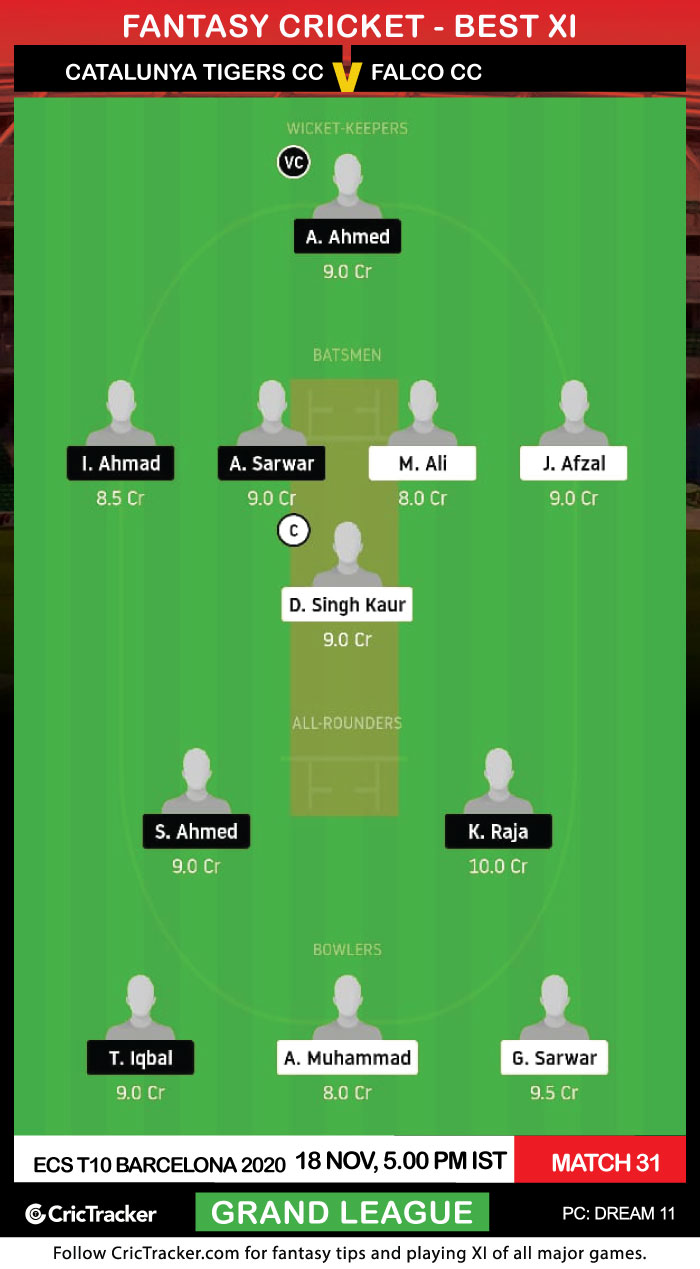 Aziz Muhammad is having a dream run in this tournament with his all-round performances. He should be in both of your Dream11 Fantasy teams.

Catalunya Tigers CC are expected to win this match.