Both teams will face each other on July 31 (Sunday).

Australia Women will take on Barbados Women at Edgbaston in match six of the cricket competition in the 2022 Commonwealth Games on July 31 (Sunday). Both teams have won their first encounter and will look to march on towards the gold medal after winning their second fixture as well.

While Australia Women beat India Women in a nail-biting finish, Barbados Women got the better of Pakistan Women as they went on to win the match easily in the end. However, their task will be cut out against a strong-looking Australian team who has already won a World Cup this year.

The wicket at Edgbaston is expected to produce a high-scoring encounter with both teams having a power-packed batting order. The skipper winning the toss might want to have a bowl first. Despite being a day-night encounter, dew is expected to stay away from the match.

Australian skipper Meg Lanning scored just eight runs in the previous encounter as she was scalped by Indian pacer Renuka Singh. Lanning is expected to bat at number three just like in the previous match as she will back herself to give a vital contribution to her team.

Pacer Shamilia Connell was impressive against the Women in Green in the previous contest. The right-arm pacer gave away just 28 runs in her four-over quota and scalped one wicket as well. She will look to replicate her performance in the upcoming encounter against Australia as well. 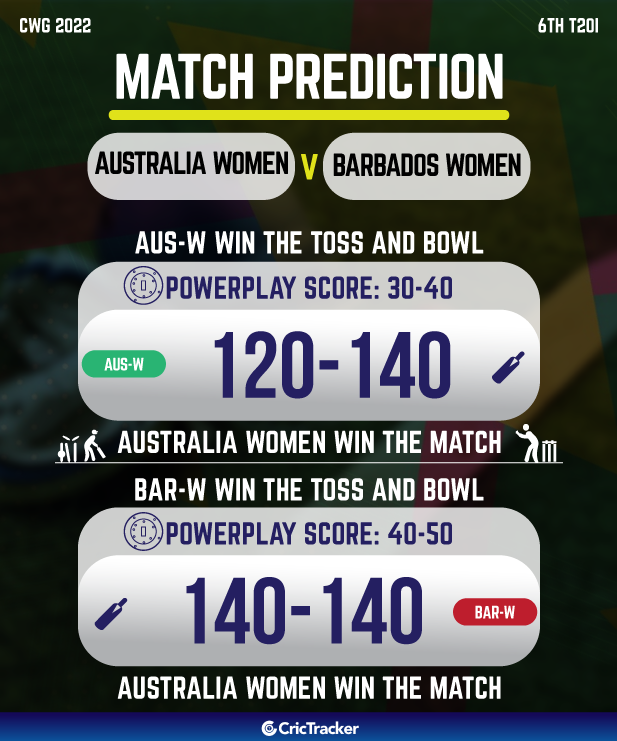