The pitch at the Sheikh Zayed Stadium will help the bowlers throughout the match, but batting in the second innings would be easier than it would be in the first in innings. 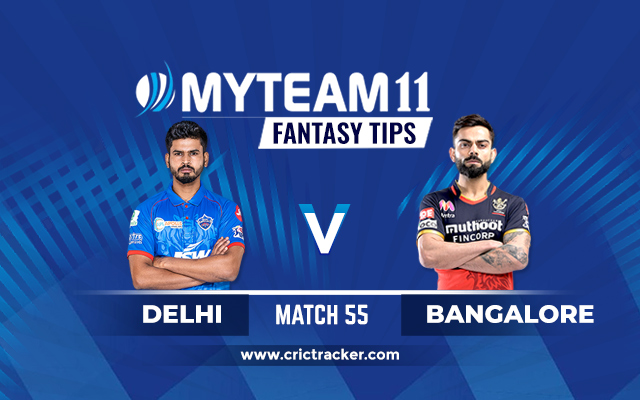 The 55th match of the Indian T20 League 2020 will be played between Delhi and Bangalore at the Sheikh Zayed Stadium in Abu Dhabi. We have got the best Delhi vs Bangalore team prediction for today’s match.

Delhi vs Bangalore Match 55 is scheduled to start at 07:30 PM IST (06:00 PM local time) (02:00 PM UTC). The game will be telecasted on the Star Sports Network (Available in English, Hindi, Telugu, Tamil, Kannada and Bengali). Also, live streaming will be available on Disney+ Hotstar VIP.

This season of the Indian T20 League has been more closely contested than ever. Delhi after starting off their campaign on a great note spun off into losing a string of matches and found themselves in a spot that no one imagined them to be in. Bangalore too have struggled their way into the position that they are in. They have lost some and have won some matches, but have somehow found themselves in contention for a playoffs berth.

Bangalore and Delhi both have played in 13 matches so far and have won the same number of matches. So, this match is all set to be a closely contested game of cricket, where two equally potent teams will be pitted against each other, fighting for a berth in the playoffs. A lot is at stake in this match and it will be interesting to see which team gets past the finish line successfully. 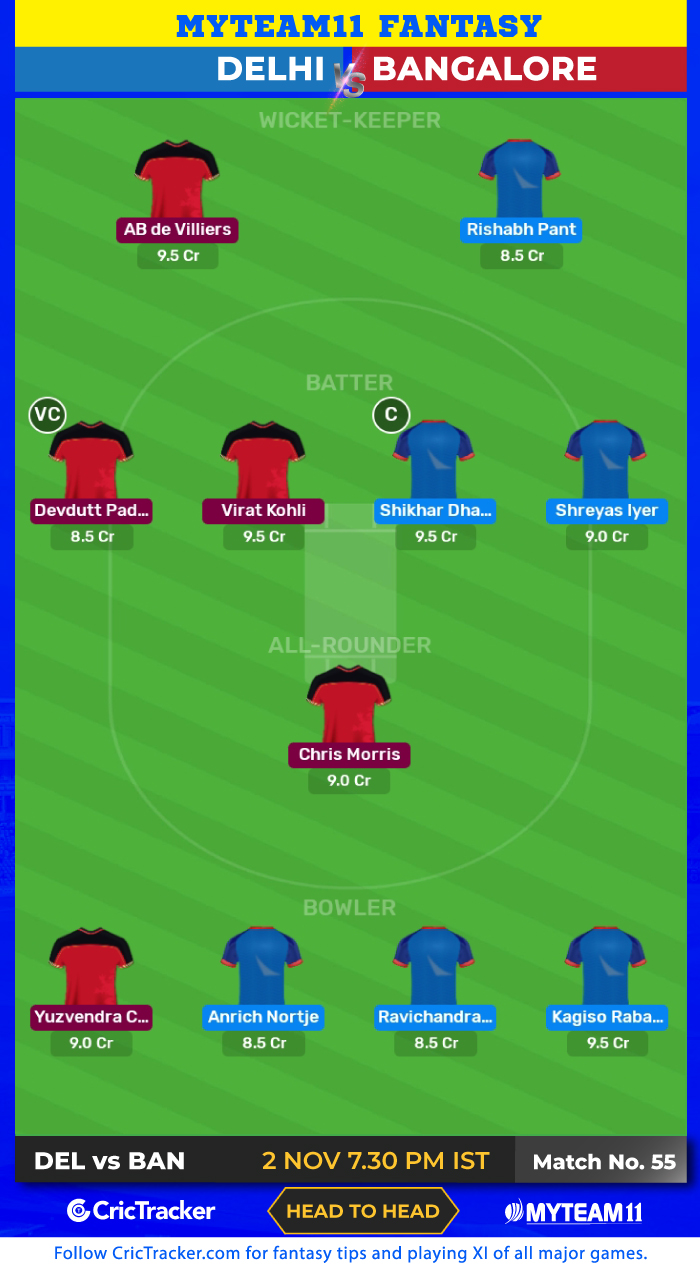 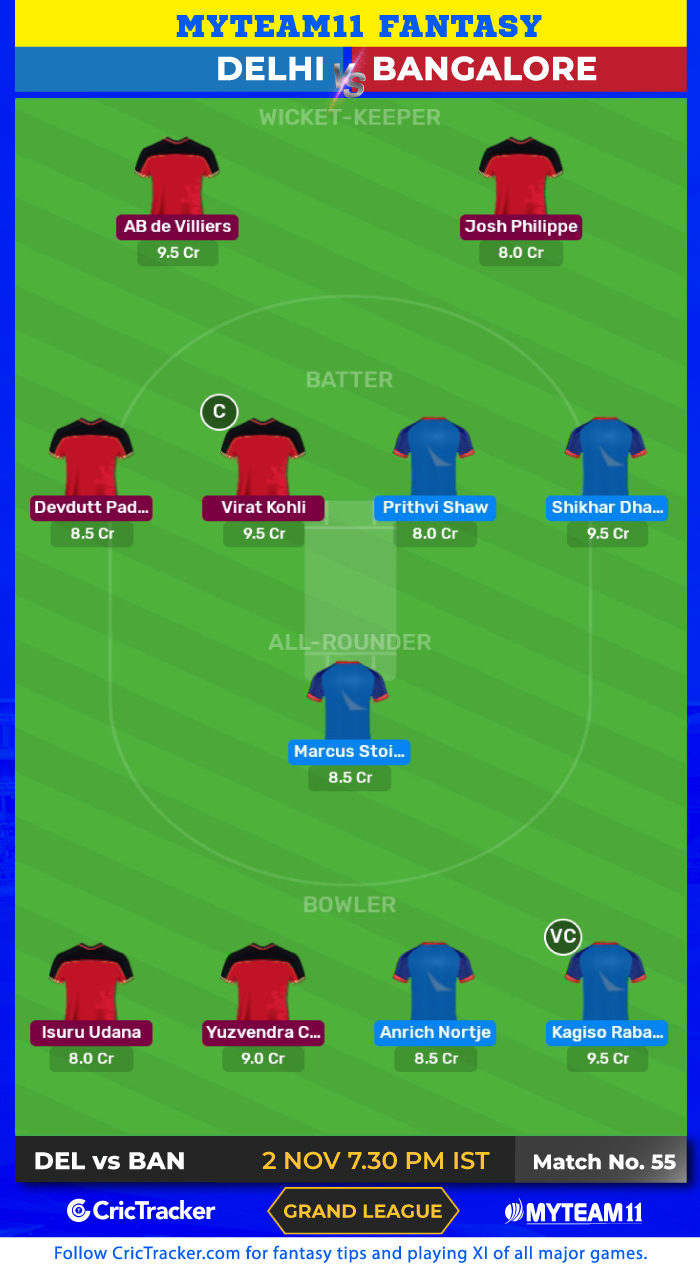 The pitch at the Sheikh Zayed Stadium will help the bowlers throughout the match, but batting in the second innings would be easier than it would be in the first in innings.

MVP for MyTeam11 Fantasy from each team:

Virat Kohli – Bangalore- The captain of the Bangalore based franchise, Virat Kohli, just like every season, has found himself to be among runs. And, given the importance of this game, he is expected to do well in this match too. He has played in 13 matches so far and has scored 431 runs at an average of 47.88.

Shikhar Dhawan – Delhi – The aggressive opener of the Delhi team, Shikhar Dhawan has also had his share of success with the bat in this season of the tournament. He has 471 runs to his name, in 13 matches. He scored two back to back centuries already and looks to be all set and ready to blast the bowlers in this match.