Watch out for Glenn Maxwell thanks to his brilliant record in Indian T20 league in UAE. 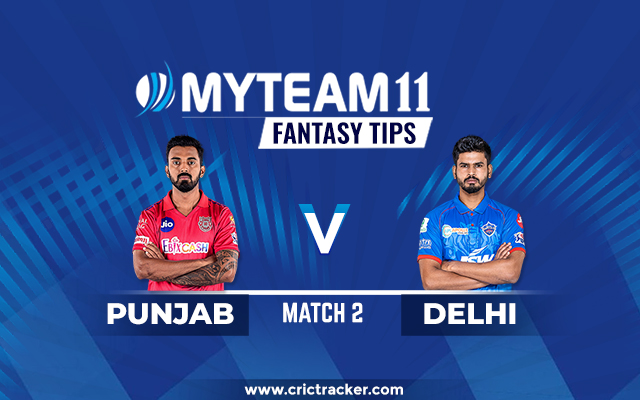 The 2nd match of the Indian T20 League 2020 will be played between Delhi and Punjab at the Dubai International Cricket Stadium in Dubai. We have got the best Delhi vs Punjab team prediction for today’s match.

Delhi vs Punjab Match 2 is scheduled to start at 07:30 PM IST (06:00 PM local time) (02:00 PM UTC). The game will be telecasted on the Star Sports Network (Available in English, Hindi, Telugu, Tamil, Kannada and Bengali). Also, live streaming will be available on Disney+ Hotstar.

Delhi and Punjab franchise will start their campaign in the Indian T20 League on Sunday in Dubai. Both the teams are filled some of the best T20 players. The Shreyas-Iyer led Delhi team made it to the playoffs last year and they will be hoping to go one step further this time around. After Chris Woakes pulled out, the team decided to rope in Anrich Nortje while Daniel Sams replaced Jason Roy to make it a well-knit unit.

As far as Punjab are concerned, they will be led by the in-form batsman KL Rahul for the first time. Their former captain Ravi Ashwin, interestingly, will be in the other dug out for this match and it remains to be seen if the off-spinner hurts the franchise with his performance. Punjab are bolstered with the presence of the likes of Glenn Maxwell, Mujeeb Ur Rahman and Nicholas Pooran among others all of whom are coming after playing a lot of cricket in recent times. 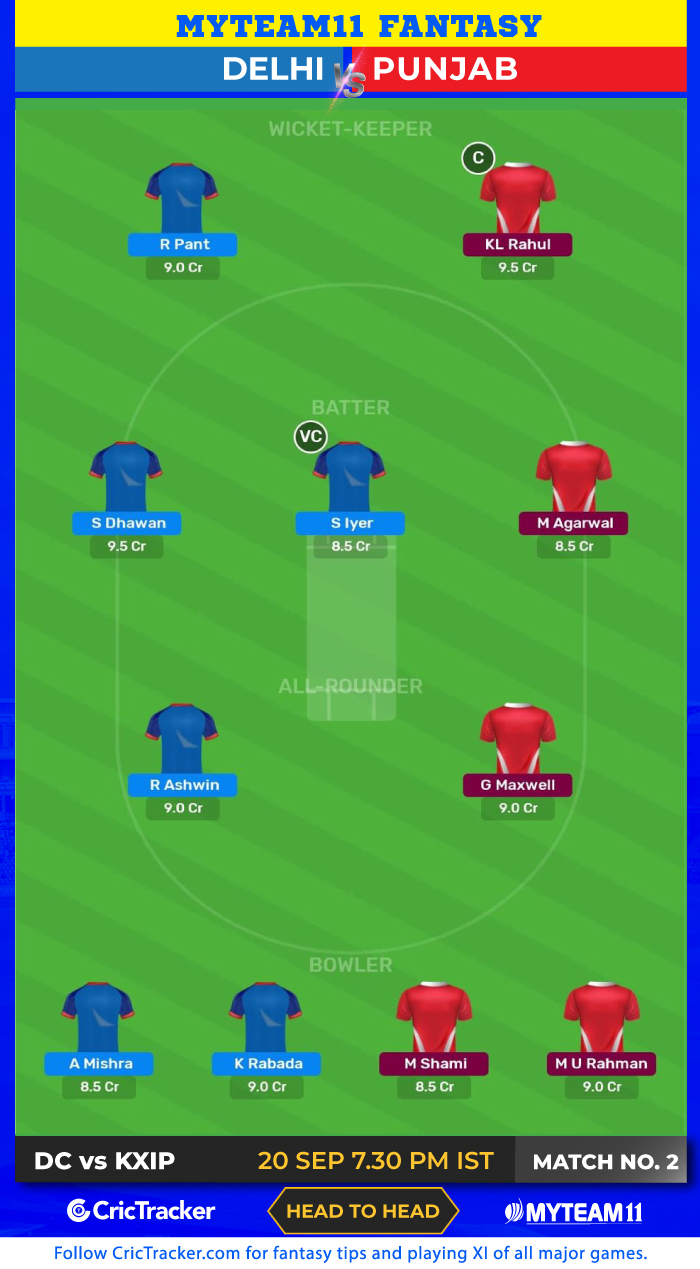 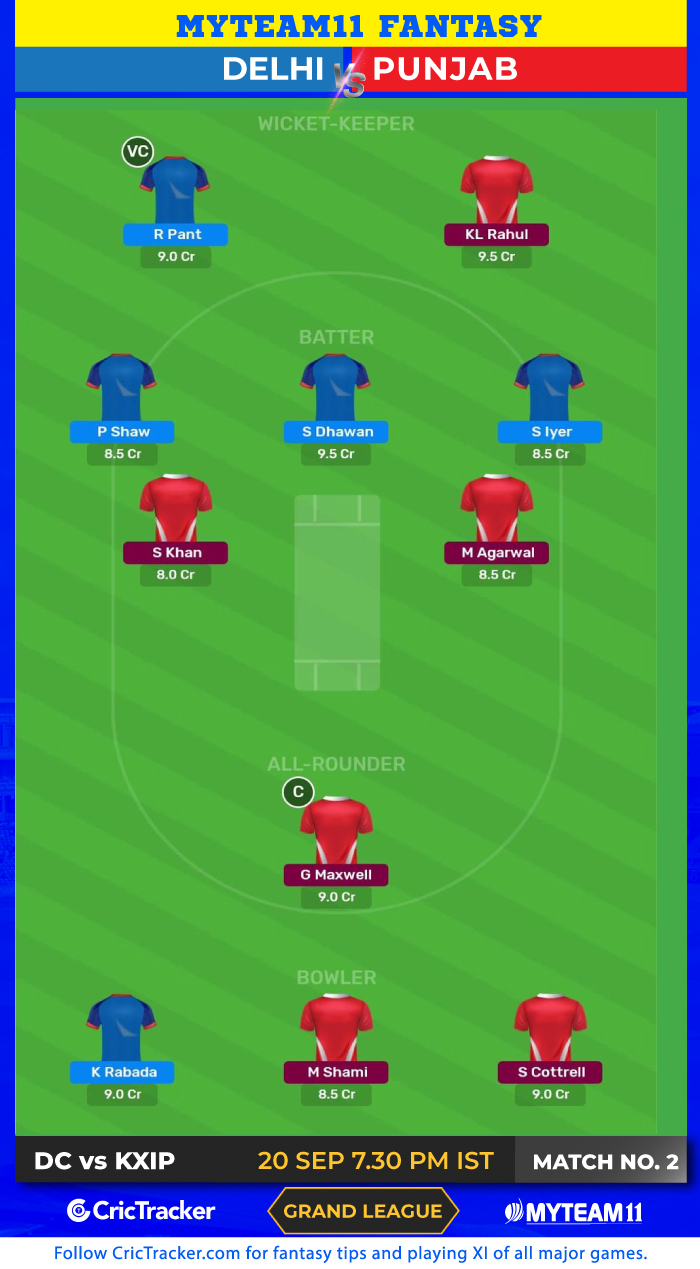 All players from Australia and England will have completed their 36-hour quarantine period and provided they’re tested negative for COVID-19, all of them will be available for selection for this match.

It will be a sunny day in Dubai as expected with the temperatures ranging in the early 30s. The humidity level will be quite high during the match.

The pitches in the UAE, let alone Dubai, are generally on the slower side. But again, like in Abu Dhabi, this is also the first match of the season and might just favour the batsmen in the first innings at least. It shouldn’t be a surprise if the spinners dominate the proceedings.

KL Rahul – Kings XI Punjab – The newly minted KXIP skipper KL Rahul has been carrying the team’s batting over the last couple of seasons. He scored 562 runs in 13 innings in the last season at an average of 51 and a strike-rate of 143. Once again, the onus will be on him.

Shreyas Iyer – Delhi Capitals – Even the Delhi skipper, Shreyas Iyer, like his counterpart, will have to look after his team’s batting. Iyer was at his best with the bat and leading the side last year. He had mustered 463 runs in 16 matches in the league in 2019 and would love to go one better this time.