Karthik had a good game personally as he slammed 113 off 235 balls. 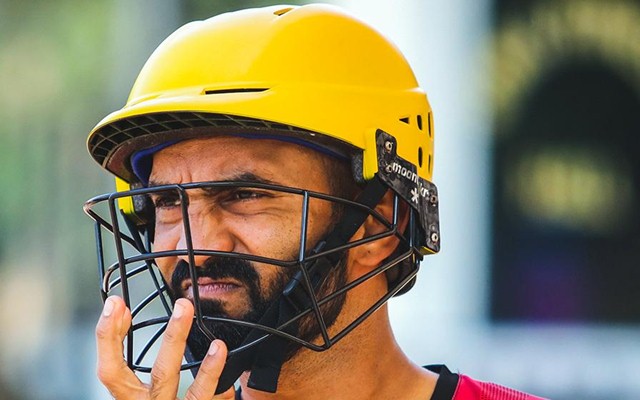 On the cricket field, they are two fighting rivals. And on Thursday, after Tamil Nadu lost their first Ranji Trophy game of the season against Karnataka by 26 runs in Dindigul, there were signs that no love was lost yet. It was also recently that Karnataka beat Tamil Nadu by a solitary run in the final of the Syed Mushtaq Ali Trophy in Surat.

Dinesh Karthik, the veteran Tamil Nadu wicket-keeper who was the skipper of his state in the T20 tournament, had an ugly experience after the game got over on Thursday.

It so happened that Karthik had an exchange of words with the captain of Karnataka, Karun Nair, and it took an ugly turn till Karnataka coaches S Arvind and Yere Goud intervened to cool things down.

According to a report in Deccan Herald, Karthik was upset with the Karnataka players’ conduct, especially the excessive appealing, said Tamil Nadu captain Vijay Shankar. The veteran was not impressed with the fact that the opponent players were chattering continuously as Tamil Nadu chased 181 runs to win after getting Karnataka all out for 151 in the second innings.

‘These things are common in Tamil Nadu-Karnataka games’: Vijay Shankar

Shankar also said that such things are common in Tamil Nadu-Karnataka games. “We should be surprised if it doesn’t happen,” he was quoted as saying by Herald.

“It was the way they behaved(that irked Karthik). It could also be excessive appealing. Look he is a senior player but sometimes it triggers us. At the end of the day, you need to move on,” he added.

Karthik had a good game personally as he slammed a hundred (113 off 235 balls) in the first innings to take his team close to the opponents’ 336. Tamil Nadu fell 29 runs short of Karnataka’s first-innings total but capitulated before Krishnappa Gowtham’s 8 for 60 in their chase to get folded for 154. Gowtham hit a fifty in the first innings and took 14 wickets in the game to be picked as the man of the match.

The game had quite a few high-intensity moments. Senior player Murali Vijay was fined 10 per cent of his match fee for showing dissent. Tamil Nadu players also resorted to send-offs and mild sledging against Karnataka batsmen in both the innings of the game.