Hence, they are favourites to win this game against Diasqua Little Sai Wan Cricket Club. Both the teams looks good on the paper and it will all come down to temperament and tactics. So, we can expect a tough competition between these two teams on Sunday.

The weather is forecasted to be sunny during the course of the game. The temperatures will hover around 26 Degrees Celsius mark.

The track at Kowloon Cricket Club is a neutral one. However, we have witnessed that bowlers dominating the batters in the second half of the game. So, the team winning the toss should look to bat first on this pitch.

141 (The first match played at this venue)

Waqas Khan looked in fabulous touch in the first game. He scored 53 runs before he was dismissed by Martin Coetzee.

Ehsan Khan dominated the opposition’s bowling united from the other side. He scored 33 runs in just 13 balls.

Aizaz Khan is a must-have, as he has the ability to contribute with both bat and the bowl. He has scored 102 runs and picked up 5 wickets for his team.

Ahan Trivedi has been Kowloon Cricket Club’s strike bowler so far. He has bagged 5 scalps from just 2 matches.

Jay Davidson is another bowler to who must feature in your side, as he went on to bag 3 wickets for his side. 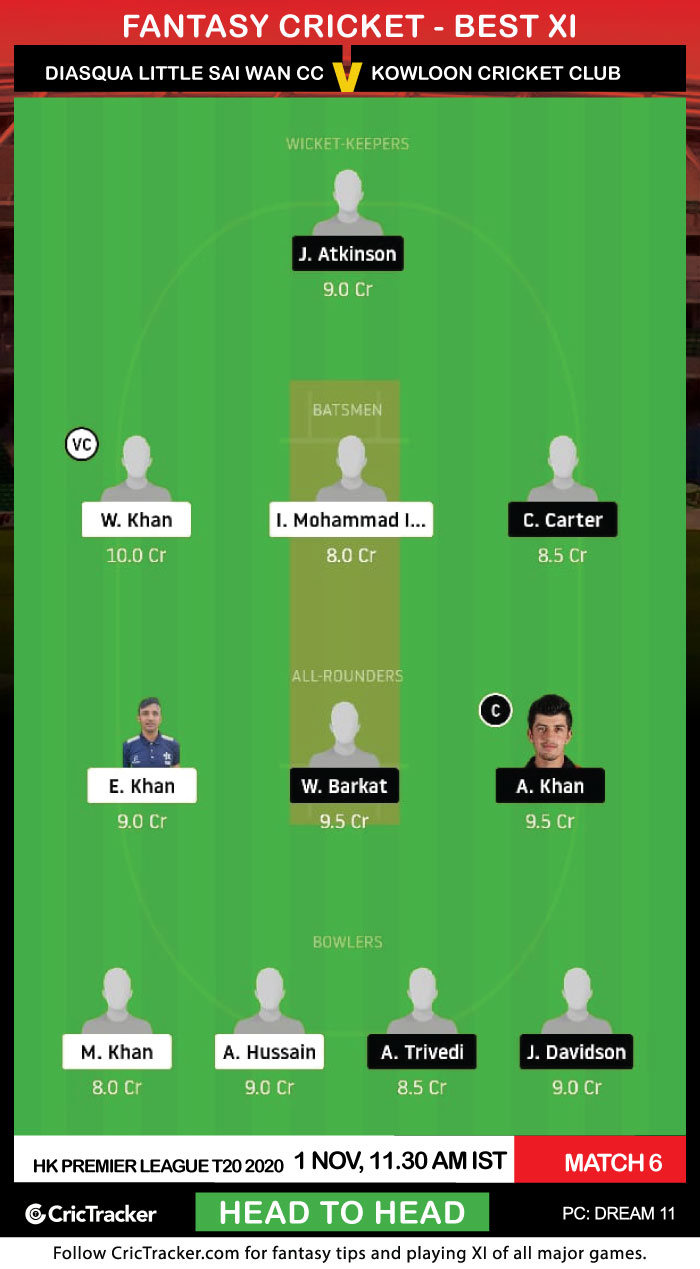 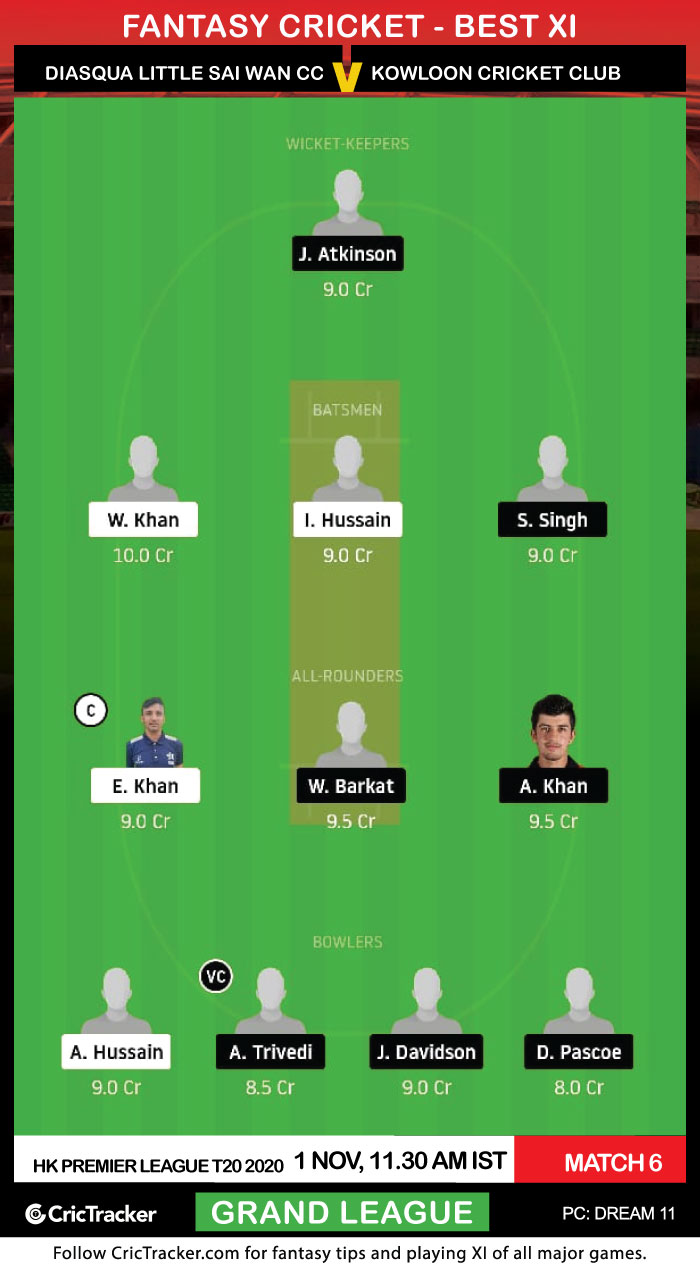 At the time of writing, around 70% of users have made Aizaz Khan the captain of their team. Hence, it is advisable tp have him as the captain of only your head-to-head side, and go for a differential pick in the Mega League.

Kowloon Cricket Club are expected to win this match.