The track slows down in the last two days and helps spinners. It is advisable to have at least 1-2 spinners in your Dream11 fantasy team for this match.

The 9th match of the CSA 4-Day Franchise Series, 2020-21 will be played between Dolphins and Cape Cobras at the Kingsmead, Durban.

It’s the third cross pool game where Dolphins will take on Cape Cobras at Kingsmead which happens to be the home ground for the Dolphins. Dolphins have played two Pool B games so far winning and losing one each. It will be their first Cross Pool game and they would have the home advantage for this important encounter.

Cape Cobras, on the other hand, have also played two games but they have played one Pool A match which they lost to Titans while their Cross Pool game against Lions was drawn. They are winless at the moment and would want to open their account by thrashing the Dolphins in their own backyard and gain some confidence going forward.

The weather doesn’t look good at Durban as scattered thunderstorms are predicted during the course of this match for all 4 days. Humidity will be high, and the temperature will hover between 22 to 26 degrees Celsius.

The track at Kingsmead is very well balanced. It is good for batting in the first two days with some assistance to fast bowlers. As the match progresses the spinners come into action as the ball turns and grips off the surface.

358 (In the previous game played at this venue)

5 Instances when cricket matches were delayed due to weird reasons

Kyle Verreynne, the wicketkeeper-batsman, has been in tremendous form scoring twin fifties in the previous game. He has amassed 247 runs at an average of 61.75 from 4 innings.

George Linde, the all-rounder, picked up two wickets in the first innings and scored 69 runs in the second innings to help his side draw the previous match against the Lions.

Sarel Erwee is the leading run-scorer so far with 324 runs to his name from 4 innings. He averages 108 and has a high score of 199. 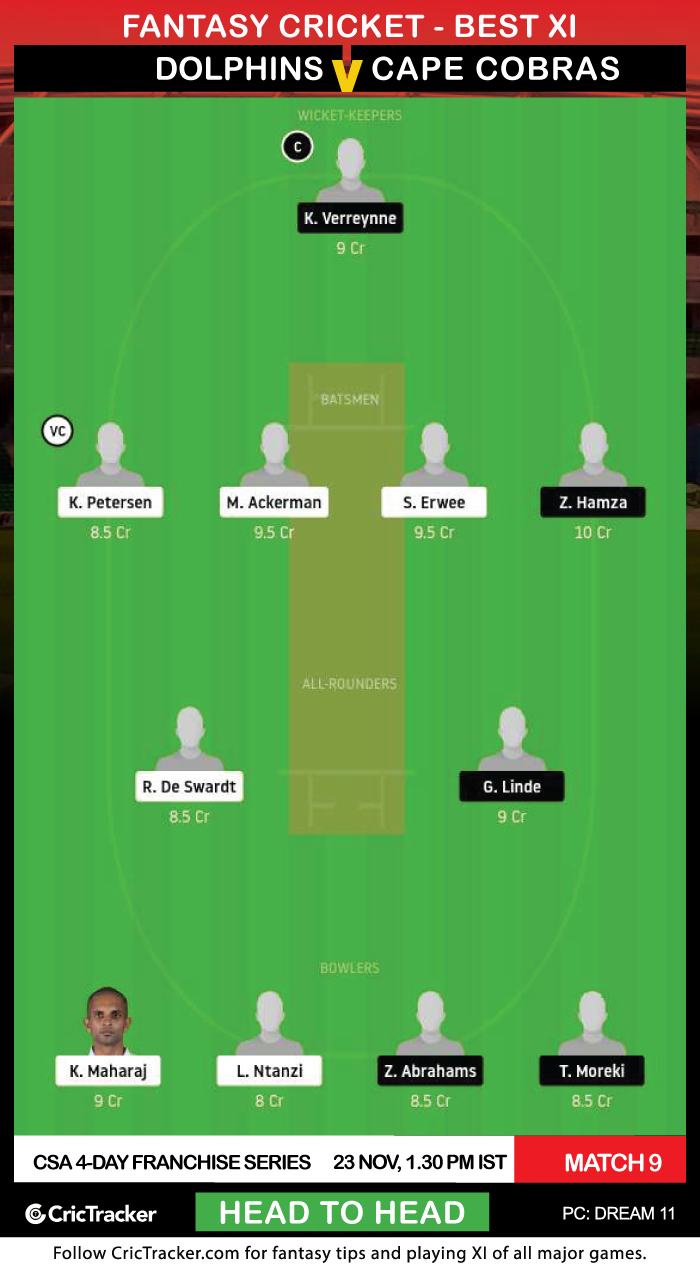 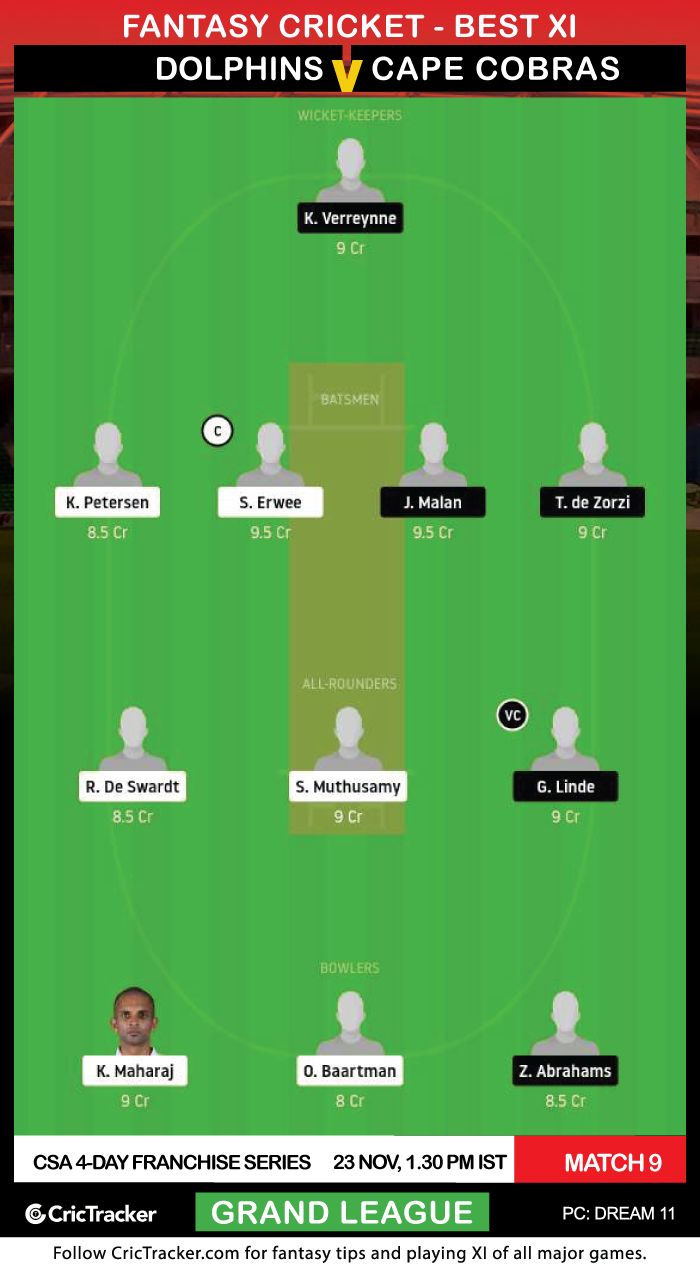 The track slows down in the last two days and helps spinners. It is advisable to have at least 1-2 spinners in your Dream11 fantasy team for this match.