Dambulla Viiking are expected to trounce Jaffna Stallions to seal a ticket to the grand finale. 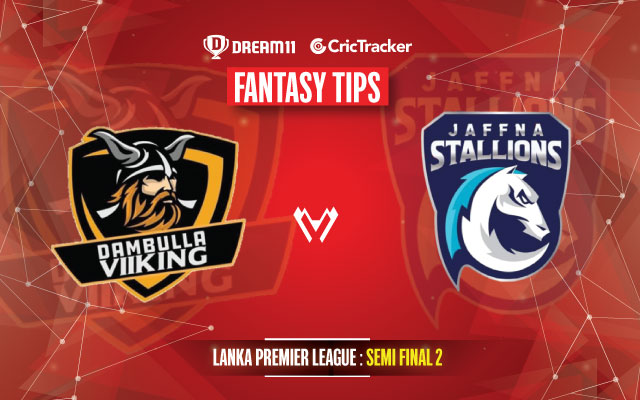 The Semi-Final 2 of the Lanka Premier League 2020 will be played between the Jaffna Stallions and the Dambulla Viiking at the Mahinda International Stadium in Hambantota.

The match is scheduled to start at 07:00 PM Local Time and IST. The game will be telecasted on Sony Six and streamed live on Sony Liv.

The two teams who will clash in the 2nd semi-final of the inaugural edition of Lanka Premier League have had a fairly easy run in the league phase of the competition. Dambulla Viiking looked very formidable as they went on to secure 5 wins in 8 games.

They finished second in the points table by merely a point. Just behind them were their opposition Jaffna Stallions. The Stallions secured 4 wins from their 8 games and finished 3rd. They were 5 points clear fro the scrap for fourth place. Having done everything right in the league stage, they will now want to make it all count and seal a ticket to the final.

The weather in Hambantota will be ideal for a cracking game of cricket. There is just a 10 percent chance of rainfall, while the temperature will be around the 27 degree Celsius mark.

The pitch is mostly a balanced one, with perhaps a bit more help for the batsmen than the bowlers. Anything around 175 should be a good score here.

Thisara Perera has excelled both as a captain and as an all-rounder. He has scored 215 runs at a brilliant average of 45 and has also scalped 5 wickets.

Just like Perera, his Dambulla Viiking counterpart Dasun Shanaka has also been a splendid skipper and a brilliant all-rounder simultaneously. He has scored 273 runs and has also registered 4 wickets to his name.

Samit Patel is another player from Dambulla Viiking who can grab the headlines both with his batting and bowling exploits. The all-rounder veteran has 179 runs and 7 wickets to his name.

Wanindu Hasaranga has been brilliant with the ball in hand for the Stallions. He has not only scalped 13 wickets but has also maintained a fantastic economy rate of well under 6 runs per over. 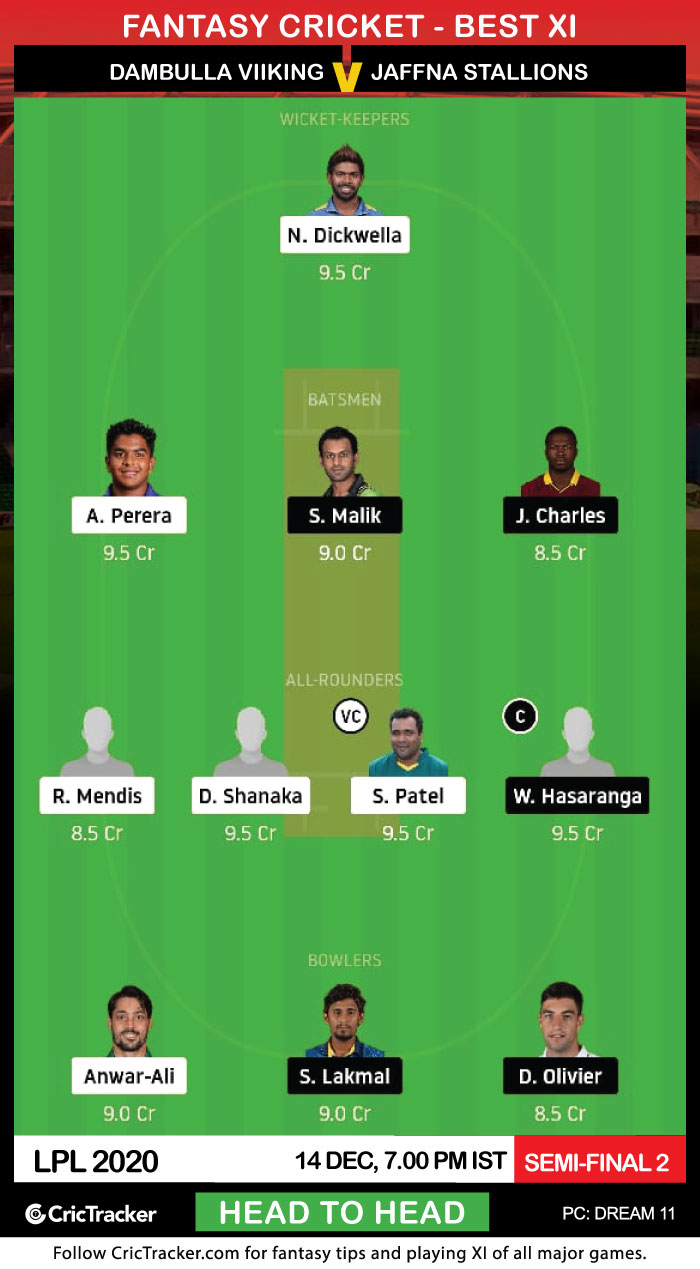 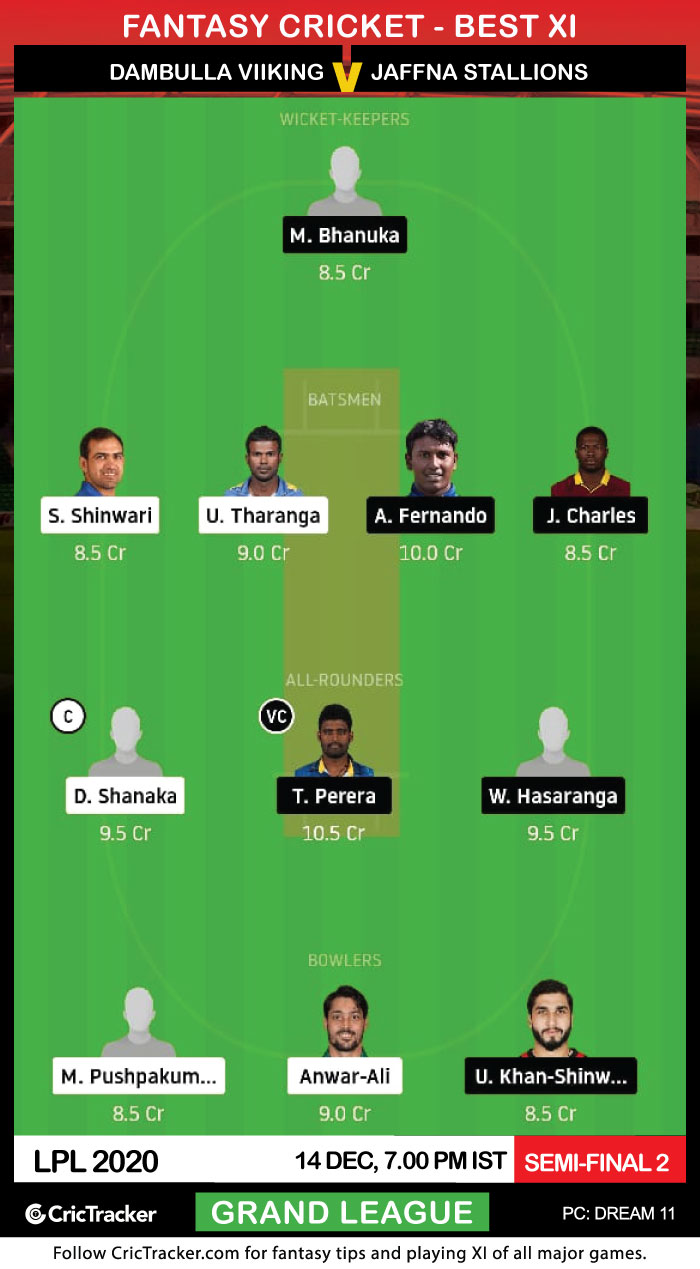 Avishka Fernando has been in great touch for the Stallions, having scored 209 runs at an average of over 40 and a strike rate of nearly 135. Despite his huge price tag, he should get a place in at least one of your Dream11 Fantasy teams.