Miles Bascombe is the key player for DVE at the top, he is the leading run-scorer as well for the team. He must be included in your Dream11 fantasy team and he is a suitable choice to lead the team.

The 23rd match of the Vincy Premier League will be played between Dark View Explorers and Fort Charlotte Strikers at Arnos Vale Sporting Complex, St Vincent.

Miles Bascombe played really well at the top in the last 3 matches by scoring two half-centuries, he was well supported by Shammon Hooper and Deron Greaves. Dean Browne bowled brilliantly against FCS by picking up 3 wickets for 16 runs. With 3 losses and 4 wins, they are at 3rd position with 8 points.

On the other hand, Fort Charlotte Strikers are placed at the bottom of the table with 4 points having a net run-rate of -1.909. They won their previous match against the table-toppers Botanical Garden Rangers by 7 wickets, that was their only win of the tournament. They have lost 4 matches so far and 2 of their matches being abandoned due to rain.

Sealroy Williaams has performed well with the bat in the last 2 matches. Roland Cato has returned to the form which is a good sign for FCS. They have boosted with their performances against the table-toppers Botanical Gardens Rangers, need to continue the same against the Dark View Explorers also.

Scattered showers are expected for this match. The temperature will be around 29 degrees Celsius and humidity will be 75 percent.

The track is favorable for both batters and bowlers, huge scores are getting difficult to score as the tournament goes on. Slow bowlers will come in handy as rain is expected for this match. Whoever wins the toss should look to bowl first.

Shammon Hooper has scored 142 runs in 7 innings at an average of 23.66 with a strike rate of 167. He is effective with the ball as well, picking up 5 wickets at an economy of 9.

Aaron Finch was the biggest disappointment for RCB this season: Aakash Chopra 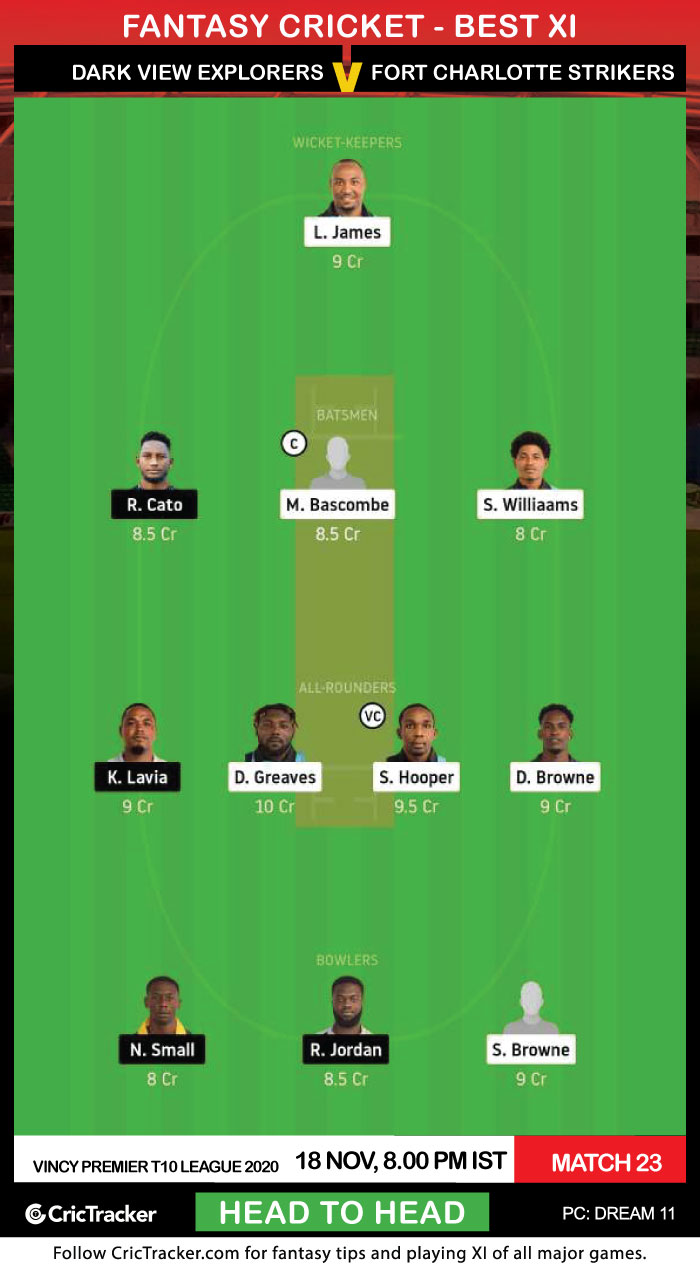 Miles Bascombe is the key player for DVE at the top, he is the leading run-scorer as well for the team. He must be included in your Dream11 fantasy team and he is a suitable choice to lead the team.

Dark View Explorers are expected to win this match.