It is advisable to pick Asjad Butt as the captain of any one of your Dream11 Fantasy teams.

Match 81 of the ECS T10 2021 will be played between Barcelona Gladiators and Minhaj at the Montjuic Olympic Ground in Barcelona.

Last time these two teams faced each other, Minhaj defeated Barcelona Gladiators by seven runs in a close fought encounter. Yasin Javaid was the player of the match for Minhaj and will be a key player in this match as well. Barcelona Gladiators will be looking to get back to winning ways whereas Minhaj would want to continue their dominant stint in the tournament.

The temperature in Barcelona will be around 16 degrees Celsius with a 25% probability of precipitation. There are times of clouds and sun expected during the daytime.

The pitch is expected to favour the batsmen in the second innings because of the dew factor. Out of the last five matches played here, four have been won by the chasing team.

Asjad Butt is the leading run-scorer for Minhaj in the tournament. He has scored 266 runs at a strike rate of 239.64.

Khalid Mehmood is the leading wicket-taker for Minhaj. He has six wickets to his name at an impressive economy of 7.25 runs per over.

Yasin Javaid is the most economical bowler in the Minhaj line-up. He has four wickets to his name at an economy of 7.15 runs per over.

Shahid Nazir has hit 13 sixes in the tournament so far. He is the leading run-scorer for Barcelona Gladiators with 113 runs and the highest score of 69.

Arslan Muhammad has 66 runs so far in the tournament at a strike rate of 126.92. He will be hoping to play a long knock in this match. 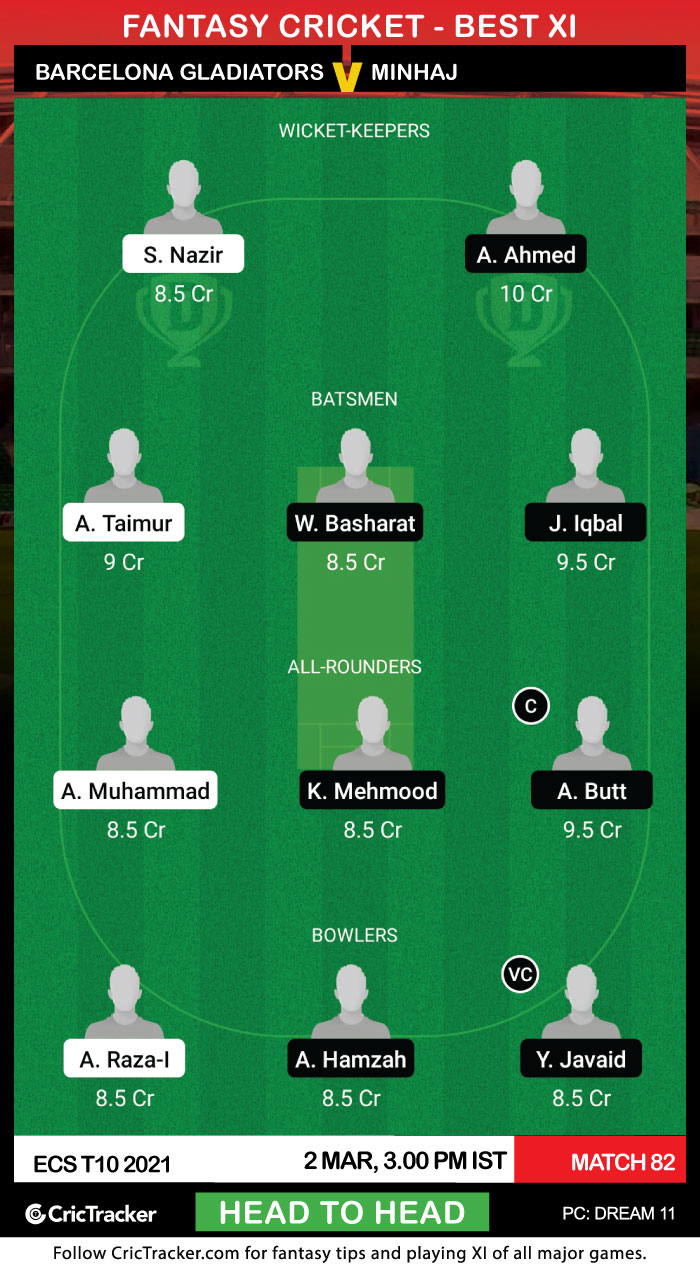 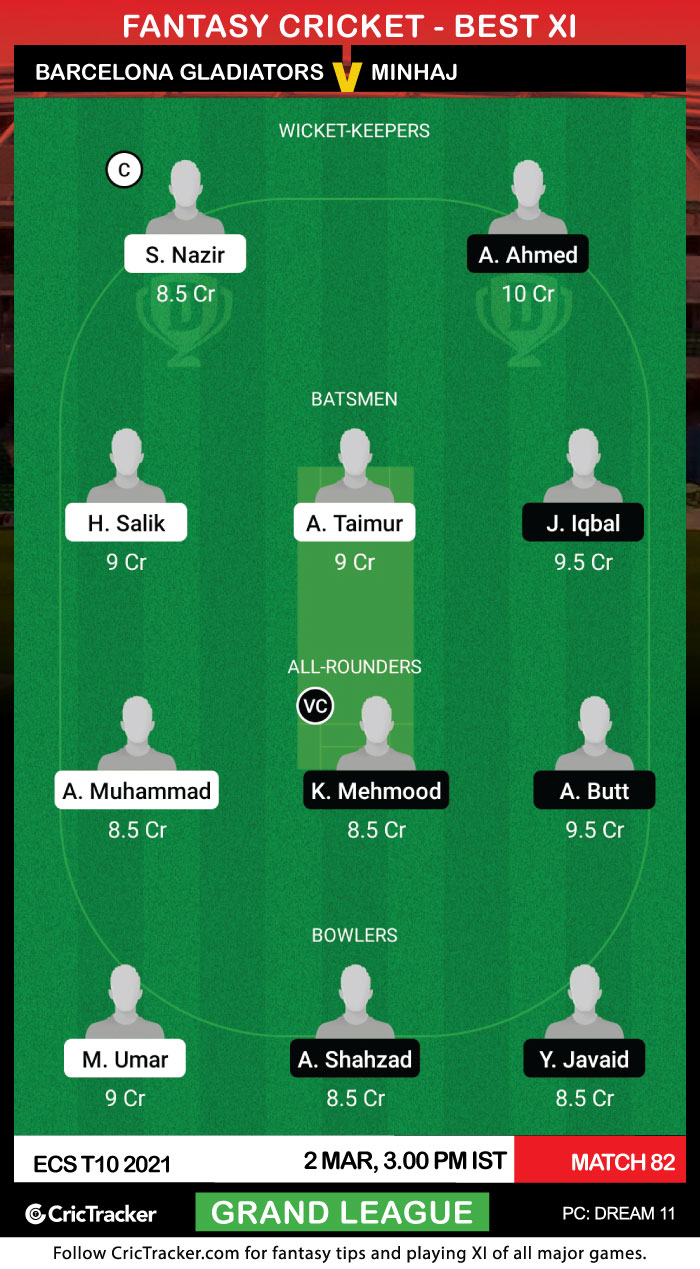 It is advisable to pick Asjad Butt as the captain of any one of your Dream11 Fantasy teams as he is in good form with both bat and ball.

Minhaj are expected to win this match.