Emirates Blues are expected to win this match.

The 23rd Match of the Emirates D10 2021 will be played between Sharjah and Emirates Blues on 2nd April at Sharjah Cricket Stadium in Sharjah.

The match is scheduled to start at 7:15 PM local time and (8:45 PM IST) and it will be streamed live on Fancode.

Sharjah will take on Emirates Blues in the 23rd Match of the Emirates D10 2021 on Friday. Both teams have already clashed in this tournament, where Emirates Blues came out on top, beating Sharjah by 7 wickets. Sharjah have played 8 matches so far in this competition. They have won 5 of them and are currently occupying the third spot with 10 points.

Emirates Blues, who were having an excellent tournament, were outplayed by the Ajman in their previous game by 19 runs. With 5 wins and 2 losses, Emirates Blues are at the second spot in the standings with 10 points. Both the sides have almost booked their spot for the knockouts, and whoever wins will confirm their place.

The surface provides complete assistance for the batsmen. We can expect another high-scoring encounter between the two strong teams. Anything over 110 plus is a good competitive score on this venue.

IPL 2021: Wasim Jaffer uses a mankading incident meme from Lagaan ahead of RR vs DC game

Vriitya Aravind is consistently scoring runs for Sharjah at the top of the order. He has scored 229 runs in 8 innings at an average of 32.71 and a strike rate of 190.83.

Umair Ali is the leading wicket-taker in this competition so far, having picked up 13 wickets in 8 innings at an economy of 9.06 runs per over. He is a must-pick for your Dream11 fantasy team.

Mohammad Boota is second on the list of most runs scorers in this competition, having scored 234 runs in 7 innings at an average of 58.5 and a strike rate of 173.33.

Emirates Blues’ skipper Waheed Ahmed has scored 134 runs in 5 innings at an average of 26.8 and he also has picked up 4 wickets at an economy of 9.38 runs per over. 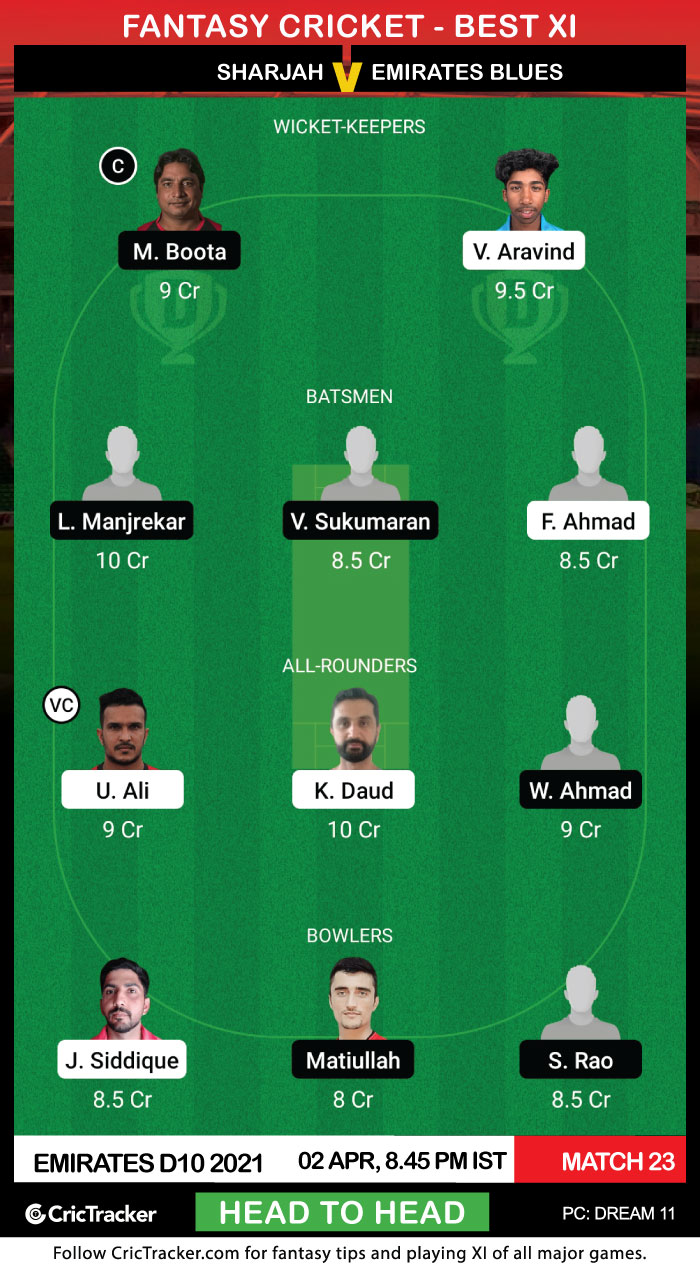 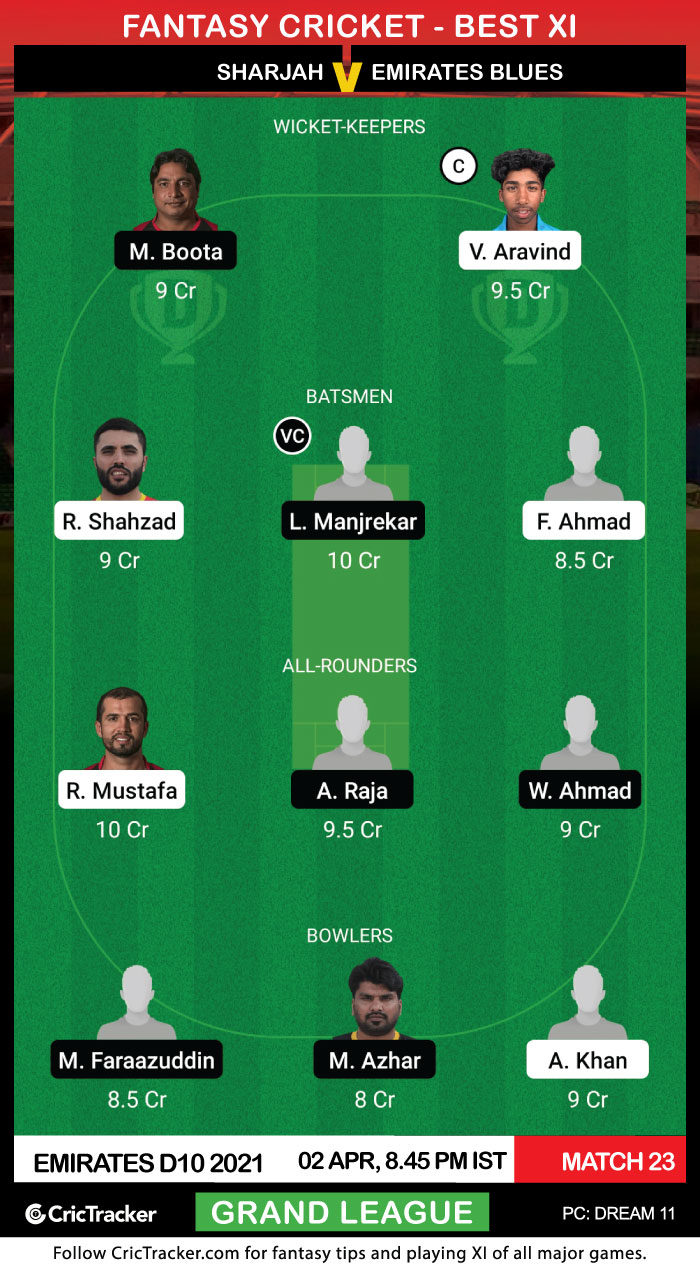 Vriitya Aravind and Mohammad Boota are the leading run-scorers for their respective sides. Both must be included in your Dream11 fantasy team and anyone from them can lead the side.

Emirates Blues are expected to win this match.