England Women are expected to start the T20I series against West Indies Women with a win.

The first T20I match of the series between England Women and West Indies Women is all set to be played at County Ground in Derby.

After a heartbreaking exit from the ICC T20 World Cup, England Women will look to make a fresh start when they host West Indies Women at Derby. This will be the first international match of the two women’s teams after the COVID-19 break. Sophie Ecclestone will hold the key to success for the hosts.

Ecclestone is the number one bowler in the ICC Women’s T20I Rankings for bowlers. The visitors will rest their hopes on skipper Stafanie Taylor who was their top run-scorer in the T20 World Cup. When the two teams met in the T20 World Cup, Nat Sciver’s 56-ball 57 had helped them win. The Caribbean bowlers will try to dismiss her early.

The skies will be foggy during the match time. There is a 10% chance of rain in Derby on Monday evening.

In the 29 T20 matches played at this venue, the teams have managed to cross the 200-runs mark thrice. Since this a Women’s T20I match, 150-160 will be a par score on this surface. The fast bowlers will likely get some help from the pitch.

Stafanie Taylor is the highest run-scorer for West Indies in Women’s T20I matches against England. She has scored 351 runs in 14 games, including two fifties.

Natalie Sciver scored a hundred for the Northern Diamonds in the Rachael Heyhoe Flint Trophy. Also, she was in fine touch against West Indies Women in the T20 World Cup.

Heather Knight had scores of 91* and 67 in the Rachael Heyhoe Flint Trophy. She also scored a century against Thailand in the T20 World Cup earlier this year.

Sophie Ecclestone is the world’s number one bowler in T20Is right now. She returned with figures of 3/7 against West Indies Women in the T20 World Cup.

Suggested Playing XI No.1 of EN-W vs WI-W for Dream11 Fantasy Cricket: 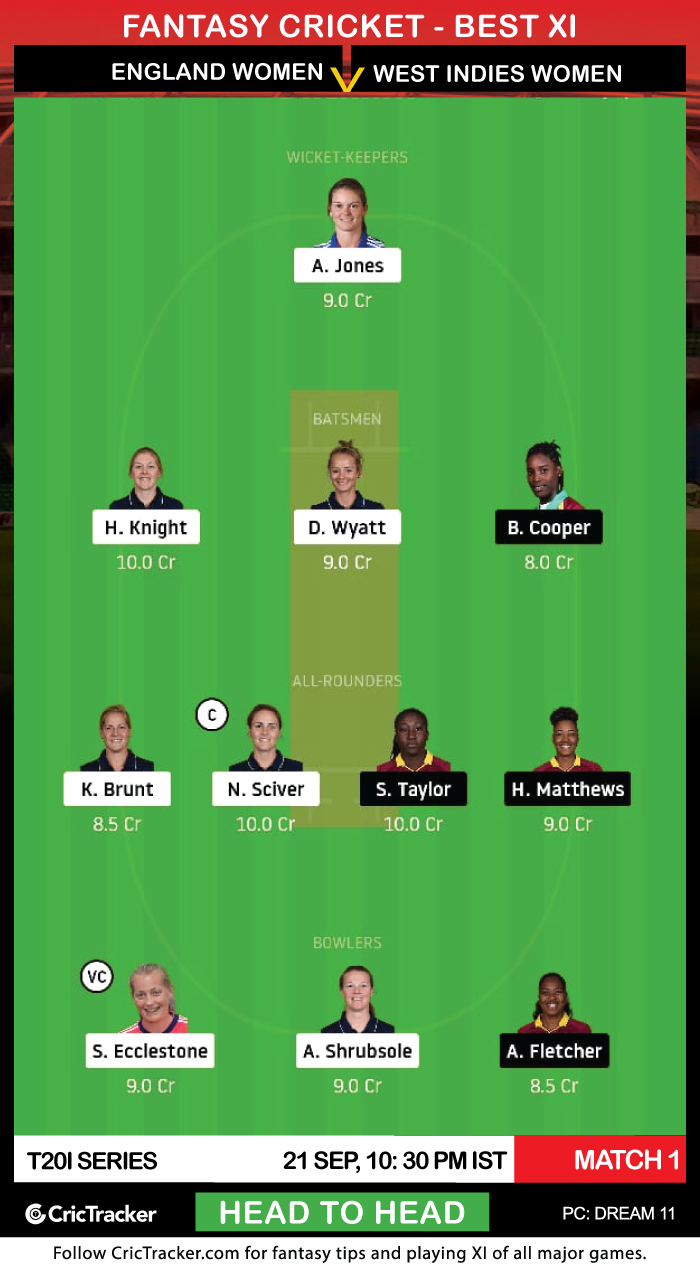 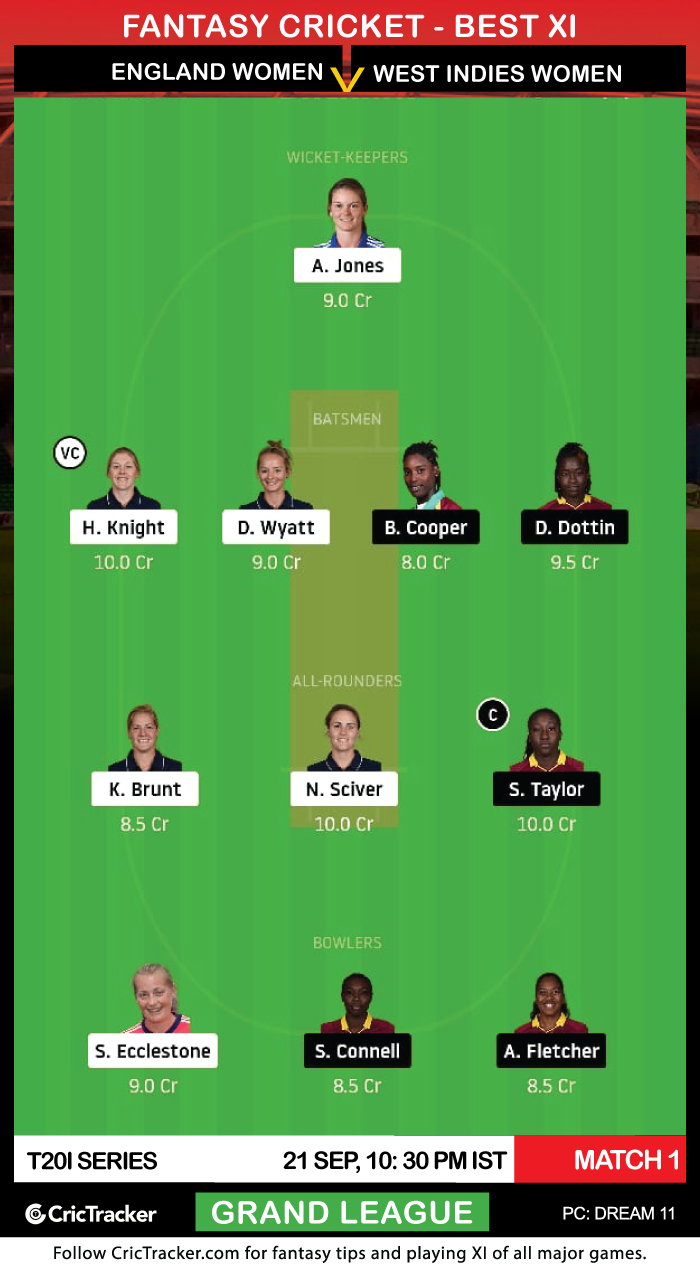 Deandra Dottin has a ton of experience in T20I cricket. She has 2380 runs and 59 wickets in 113 T20Is for the Caribbean team. Also, she played a knock of 41 runs in the warm-up match. It is advisable to pick him in the team.

England Women is expected to win this match.