Joe Root hasn't had a great series and scored only 65 runs in 3 innings. But considering the impact he can have on the game if he gets going, he's picked in both the teams.

The third of the three-match Test series between England and Pakistan will be played at The Rose Bowl in Southampton.

The weather in Southampton was not conducive enough for a Test match during the 2nd game between England and Pakistan. As a result, only 144.3 overs could be bowled over five days. Thus, the 2nd match finished in a draw and England still has got a lead of 1-0 in the series.

The last game is also scheduled to be played at the same venue. England will like to take confidence from their performance in the first Test as well as the second one and make it 2-0. Pakistan, on the other hand, will want to salvage some pride by winning this game and levelling the series.

Rain might play spoilsport again during this game as well. On three of the five days, there is a prediction for rain.

Batting in the second and the third innings seems to be the best at the venue considering the stats from the last few games. The bowlers might enjoy a lot of swing on offer considering the cloud cover.

Ben Stokes won’t be available for this game.

MS Dhoni can give any of us stiff competition, he looks the fittest: KL Rahul

Babar Azam is the second-highest run-scorer in this series with 121 runs in three innings at an average of 40.

Jos Buttler batted in three innings so far. He was unbeaten on 0 in the third innings but scored 113 runs in the first two.

Zak Crawley got an opportunity to play in the second Test. He grabbed the chance with both the hands and compiled a well-made 53.

Jofra Archer picked up four wickets in the first match and is most likely to play the 3rd Test. He comes at just 8.5 credits. 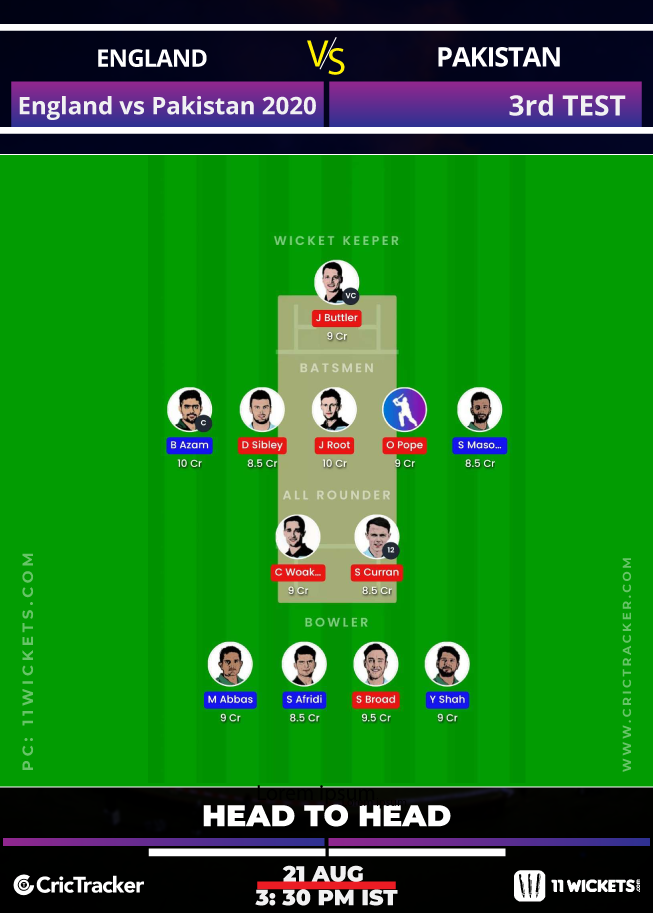 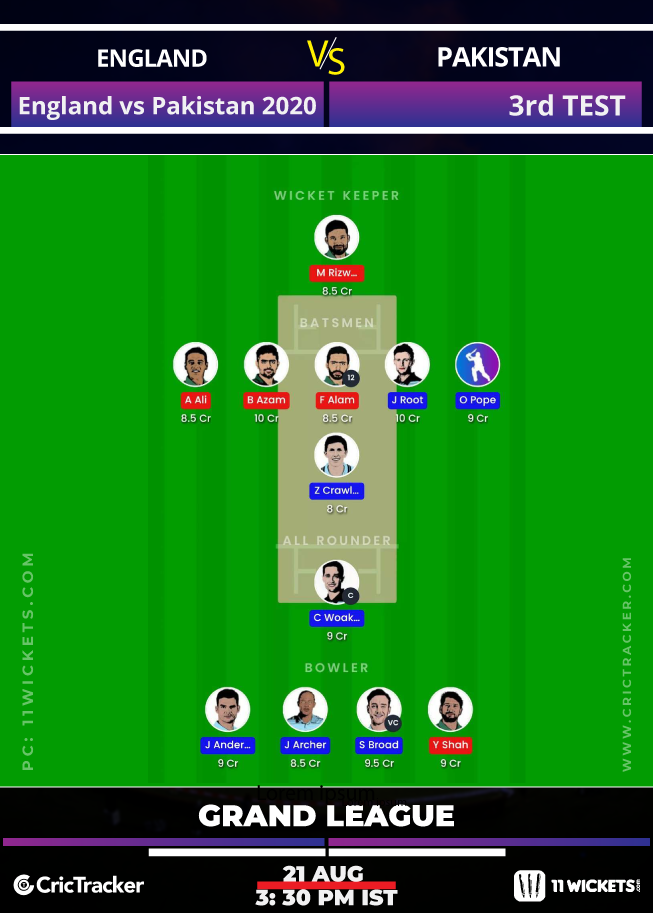 Joe Root hasn’t had a great series and scored only 65 runs in 3 innings. But considering the impact he can have on the game if he gets going, he’s picked in both the 11Wickets Fantasy teams.

England is predicted to win this match and conquer the series.