Salt Pond Breakers are ahead of Fort Charlotte Strikers on paper, but rain might play spoilsport once again.

The 16th match of the Vincy Premier League T10 2020 will be played between Fort Charlotte Strikers and Salt Pond Breakers at the Arnos Vale Sporting Complex, Kingstown, St Vincent.

Fort Charlotte Strikers and Salt Pond Breakers will meet for the second time in second edition of the Vincy Premier League on Saturday. The strikers were lucky to get away with a point in their last encounter against the Salt Pond Breakers, as the match was abandoned due to rain. Chasing a target of 124, the Strikers were reeling at 10 for 4 inside 3 overs.

Salt Pond Breakers have been unlucky sp far in this tournament, as two of their games were abandoned due to rain. With two wins in four games, they are in second place with six points. They would want to get a complete game this time around and get a win.

The weather does not look good for today either, as there is a 61 percent chance of rain during the game. The temperature will hover around 28 degrees Celsius and the humidity will be high.

The track at Arnos Vale Sporting Complex is balanced. Both, the batsmen and the bowlers enjoy an equal share of assistance from the track. Teams winning the toss would look to chase.

Sunil Ambris has been in good form and has amassed 102 runs from 3 innings, at a phenomenal strike rate of 188.89. He has also picked up 2 wickets.

Ryan John has scored 64 runs at a strike rate of 177.78. He has also been economical with the ball and has picked up 2 wickets in the tournament so far.

Kirton Lavia, the reliable all-rounder from Strikers’ camp, hasn’t got enough opportunity with the bat but has picked up 4 wickets with the ball.

Delorn Johnson has picked up 7 wickets in the tournament with an economy rate of 8 runs per over, which is fantastic in a T10 format.

Where to watch PSL 2020 playoffs in India? 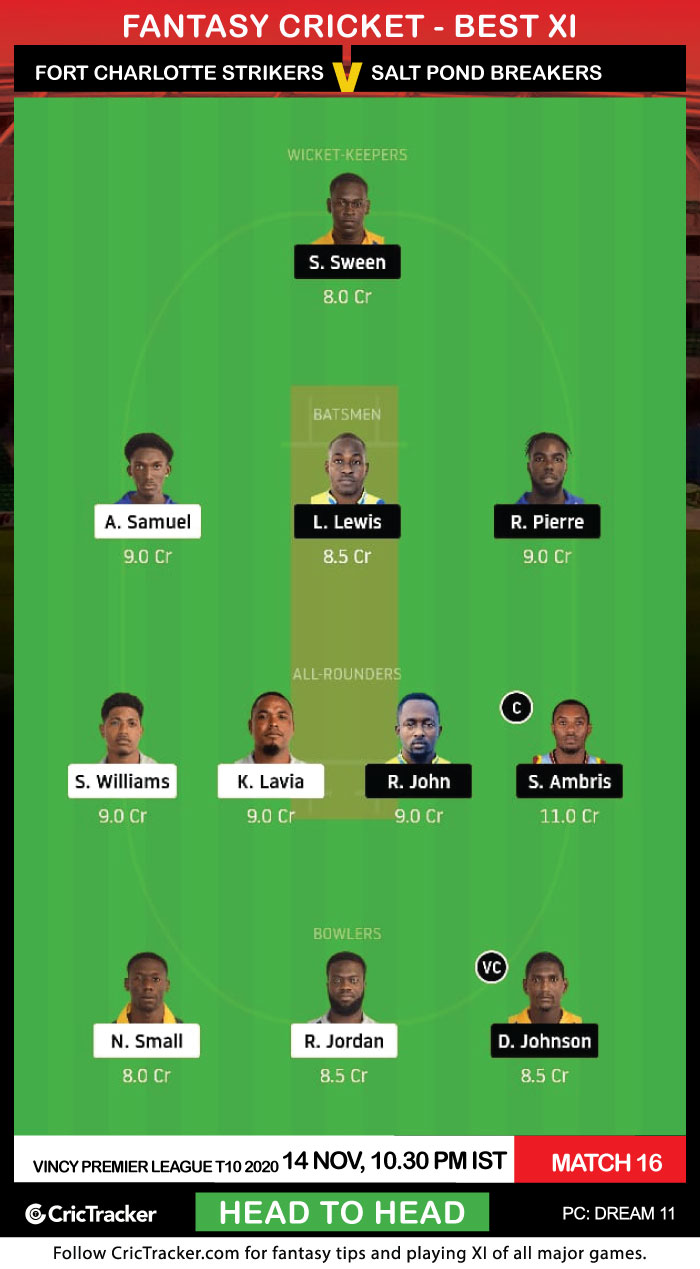 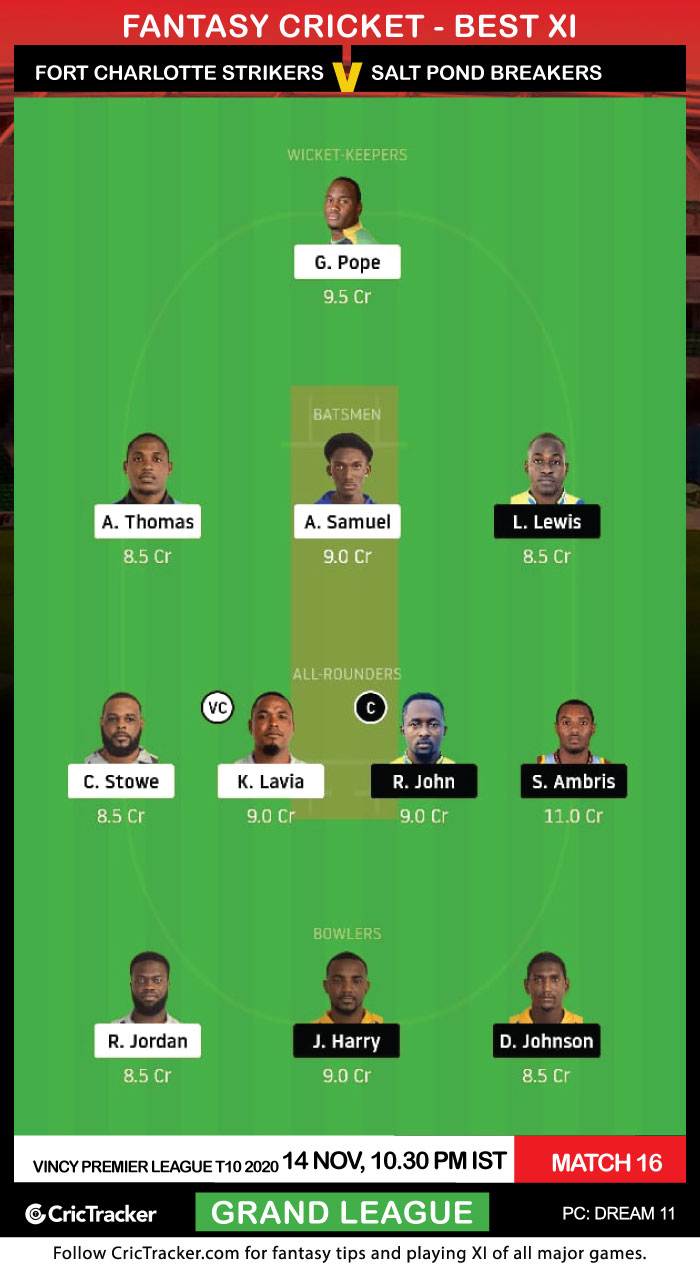 Delorn Johnson has picked up at least one wicket in every match so far and is most likely to earn you good points in the bowling category. Hence, it is advisable to pick him in both of your Dream11 Fantasy teams.