February 24 – The day of double centuries in one-day cricket

The first ever double century in the ODI cricket was recorded 14295 days after the inception of the format.

Nearly 39 years after the inception of the ODI cricket, 14295 days to be precise, the format finally got to witness its first double century when India took on South Africa in the 2nd One-Day International of the 3-match series at the Captain Roop Singh Stadium in Gwalior. The achievement came from none other than Sachin Tendulkar who held all the major batting records of the format – Most runs, most centuries, most fifties and even most appearances. 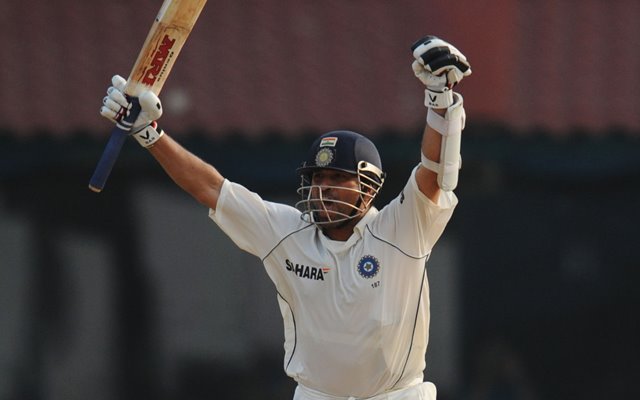 The way Tendulkar started off on that day, it was an indication of something special from the great man. He raced to a fifty off 37 balls by 11th over of the innings as India were moving at seven runs an over with Dinesh Karthik at the other end. Though Sachin slowed down a bit in the middle overs, he raised his hundred in only 90 balls with 22 overs remaining. Sachin changed the gears after reaching triple figures and made most of the batting powerplay along with Yusuf Pathan. Taking on the likes of Dale Steyn and Wayne Parnell, Tendulkar raised his 150 in 119 balls, with only 29 deliveries between 100 and 150.

By the 43rd over, Tendulkar equalled his best ODI score of 186 in 134 balls and the double century wasn’t too far. He soon went past 194, the previous highest individual score in the ODI format. The 37-year-old didn’t bat more than two balls in each of the last four overs as he suffered from cramps and MS Dhoni kept taking India’s score to a mountain from the other end. The moment finally came in the 50th over when Tendulkar steered Charles Langeveldt’s delivery towards the 3rd man region for a single to complete his 200.

It was a surprise that a player like Chris Gayle, who is a well-known player in producing devastation, never scored a double hundred in the limited-overs before coming into 2015 Cricket World Cup. After Tendulkar scored an unbeaten 200, Virender Sehwag made a 219 in 2011 while Rohit Sharma scored 209 and 264 in successive years in the ODI cricket before the CWC in the Australian continent. Gayle had a perfect chance of producing such innings when West Indies faced Zimbabwe at the Manuka Oval and Jason Holder electing to bat first.

Windies lost Dwayne Smith on the very 2nd ball of the game but Marlon Samuels, along with Gayle, built the innings. Gayle scored slightly under run-a-ball as he brought up his fifty off 51 balls and his hundred off 105 balls while Samuels was on 59 off 112 balls when drinks were taken after 37 overs with 177/1 on the board. The Caribbean team scored 195 runs in the next 13 overs with Gayle and Samuels taking the Zimbabwe bowlers to cleaners. After completing his hundred, Gayle needed 23 further deliveries to bring up his 150 in 23 balls in which he hit one four and five sixes. 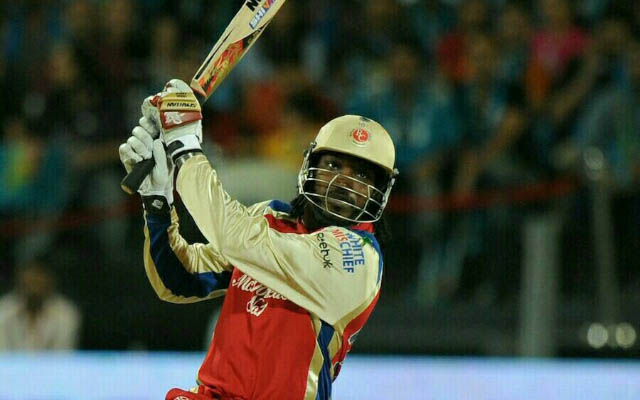 In the next 12 balls, Gayle hit six more sixes and three fours to raise the first ever double century in the history of the World Cup. The left-hander completed his 200 in only 138 balls; the quickest among the seven double tons till date. Gayle got out on the final ball of the Windies innings after a 147-ball 215 that included 16 sixes equalling the record for most sixes in an ODI inning jointly held by Rohit Sharma and AB de Villiers. His 2nd wicket partnership of 372 runs with Samuels is the highest for any wicket in the history of the ODI cricket.