Here we take a look at five such occasions in the history of Test cricket when teams won a Test series after trailing.

When everybody wrote India off in the Test series against England after they were thumped at Lord’s by an innings and 159 runs, Virat Kohli’s men made a strong comeback at Trent Bridge, winning the third Test by 203 runs. The series now stands 2-1 in favour of England and there is every possibility alive for India to win the remaining two matches to claim a Test series in England after 11 years.

History is replete with instances where teams came into a series from nowhere and ended up winning it eventually. India have registered such historic comebacks four times, including the one against Australia in 2001. Here we take a look at five such occasions in the history of Test cricket when teams won a Test series after trailing, giving enough proof of their mental strength to fight back.

Led by George Allen, England handsomely defeated Australia in the first two Tests in Brisbane and Sydney, by 322 runs and an innings and 22 runs, respectively. But Donald Bradman’s Australia then made one of the most unbelievable comebacks in the series, winning the next three games in Melbourne, Adelaide and back in Melbourne.

The margins of the defeat were 365 runs, 148 runs and an innings and 200 runs, respectively. Bradman smashed 270 (at No.7) in the third Test; 212 in the fourth Test and 169 in the fifth and final Test. In the end it proved to be one of the most incredible Ashes ever played. 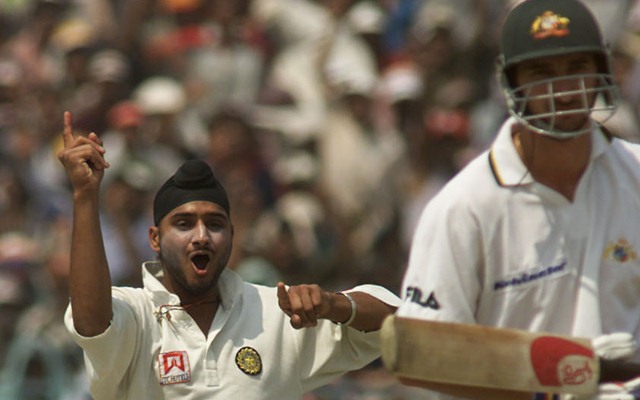 Steve Waugh’s Australia were on a 14-win streak in Tests and arrived in India to conquer the last frontier they couldn’t since 1969-70. They hammered the hosts led by Sourav Ganguly by 10 wickets in Mumbai to take the number to 15.

In the second Test in Kolkata, too, the Aussies were looking ominous and enforced a follow-on after getting India cheaply in reply to their 445. But then destiny had other plans and India turned the tables around in one the most miraculous manner the game has ever seen. VVS Laxman slammed 281 and Rahul Dravid hit 180 to see India coming back at the Aussies and they eventually won the Test by 171 runs.

It brought India back into the series and ended Australia’s winning run. India then grabbed a tense third Test in Chennai by 2 wickets to register a 2-1 series win. The best that India have won coming from behind.

Though winning a three-Test series after losing the first game has happened several times in history, this particular series is worth mentioning for it involved Sri Lanka, who were not a great Test side per se at that time and were up against a formidable Pakistan side in their den. But Arjuna Ranatunga’s side, that accomplished its first overseas Test series victory on just the previous tour of New Zealand, did a commendable job against their Asian opponents. Rameez Raja’s team thumped the Lankans by an innings and 40 runs at Peshawar and were looking ominous.

But the visitors scripted a fine turnaround in the next game in Faisalabad, thanks to a team effort, to win the match by 42 runs. Then in the decider in Sialkot, Sri Lanka rode some magnificent bowling from Muttaiah Muralidharan, Chaminda Vaas and Pramodya Wickremasinghe to beat the hosts by 144 runs despite a valiant unbeaten hundred from Moin Khan. This series victory remains Sri Lanka’s one of the best till date.

This was a five-match series played in England, the first between the two sides after the Proteas returned from their Apartheid ban. The first Test in Birmingham was drawn while the visitors thrashed the hosts in the second Test at Lord’s by 10 wickets after enforcing the follow-on, thanks to some magnificent bowling.

The third Test in Manchester also saw South Africa asking England to follow-on after a poor first innings score though their skipper Alec Stewart’s hundred and a gritty show by the tail-enders saved the game for them. The hosts then went on to win the final two Tests in Nottingham and Leeds by 8 wickets and 23 runs, respectively, to pocked a series that SA couldn’t win just because they failed to take that last one wicket in the third Test.

Allan Donald, who picked 33 wickets in that series, later called it “series of my career”. His duel with England opener Mike Atherton was also one of the top highlights of this series.

In an Ashes that lasted for nearly three months (June 5 till August 23), Australia came from behind to win the series but failed to finish it off with a winning note. Captained by Mark Taylor, Australia were not in the best of health prior to that series and were thrashed by Michael Atherton’s England by 9 wickets in the opening Test in Birmingham.

Australia were left frustrated in the second game at Lord’s as well since the game was drawn because of rain even after England were shot out for 77. The visitors then hit form from the third game and won three consecutive matches in Manchester, Leeds and Nottingham comprehensively (268 runs; innings and 61 runs and 264 runs, respectively).

England lost the series but showed enough character to pull off the sixth and final game at the Oval, winning a low-scoring match by 19 runs inside three days to make the scoreline 2-3. Glenn McGrath took 36 wickets in the series and shared the man of the series award with the highest scorer for England, Graham Thorpe (453 runs).