Shakib Al Hasan may not be an obvious choice as a multiplier for the match. 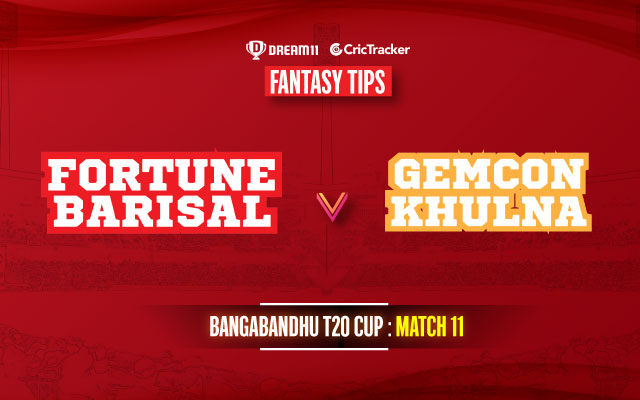 The 11th match of the Bangabandhu T20 2020 will be played between Gemcon Khulna and Fortune Barishal at the Sher-e-Bangla National Stadium in Mirpur, Dhaka.

Fortune Barishal didn’t have a great journey in the first half of the league stage. Out of four games, they have lost three and are placed fourth in the points table with a net run rate of -0.156. It goes without saying that they are well in danger of getting toppled by Beximco Dhaka, who are placed at the bottom. However, a win in the next game would take Tamim Iqbal and Co to the second spot.

Khulna, led by Mahmudullah, on the other hand, are placed second. Moreover, the 37-run victory over Mushfiqur Rahim’s Dhaka would also give them confidence. But they need to better their net run rate of -0.295, the worst among the five participating teams. In their previous meeting, Khulna beat Barishal by four wickets after Ariful Haque went berserk at the death with his six-hitting skills.

The conditions will be hazy with no chances of rain, though there will be a 23 per cent cloud cover. The temperature will be around the 27 degrees Celsius mark. The humidity will be in the high-30s.

The pitch has been a sporting one thus far in the tournament. The average score batting first isn’t high and run-making may not be all that easy. The pacers and spinners have tasted success equally. Both teams have decent batting units and may opt to chase.

Tamim Iqbal is currently the second-highest run-scorer of the tournament with 155 runs at an average of 51.66. The southpaw has made sure to give his side positive starts on most occasions.

Shahidul Islam may not be an overlay popular name, but in terms of performance, he isn’t far behind the best. In four games, the right-arm pacer has eight wickets with best figures of 4/17.

Mehidy Hasan Miraz has five wickets to his name from four games at an economy rate of 5.81. Though he hasn’t done much with the bat, he is more than capable of getting some handy runs.

Shakib Al Hasan isn’t in the best of rhythms by any means. The veteran has looked rusty both with bat and ball. But in the last match against Dhaka, he seemed to have found his way a little bit. 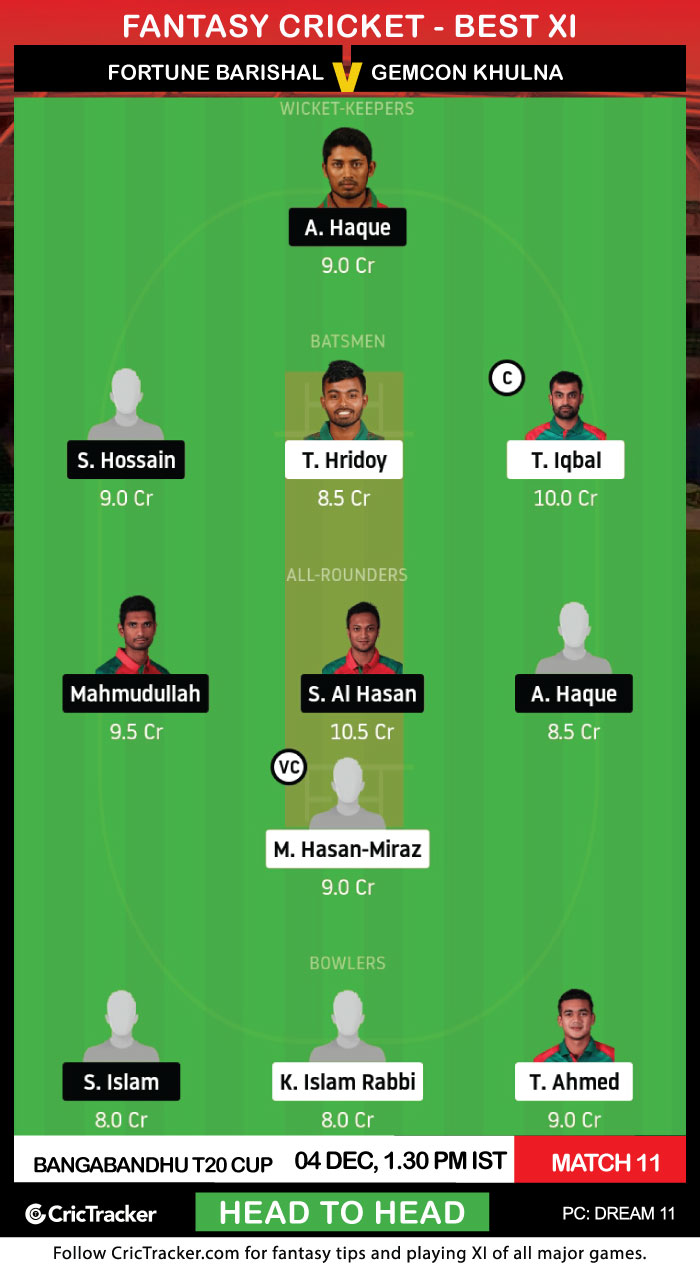 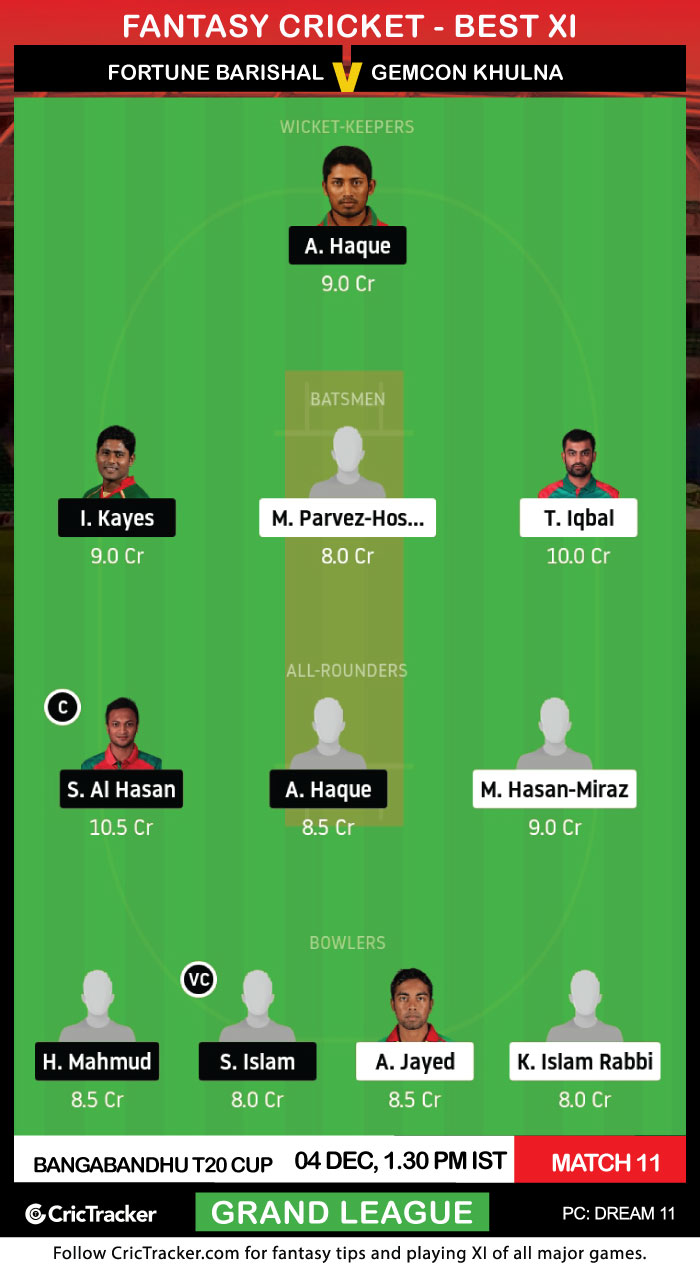 Shakib Al Hasan has 41 runs at an average of 10.25 and he only has two wickets. Though he is a player of big stature, it might be risky to make him the captain of the H2H team since he is out of form.

Fortune Barishal are most likely to win the match.