Ankit Rajpoot stole limelight with his five-wicket haul against SRH in IPL 2018. 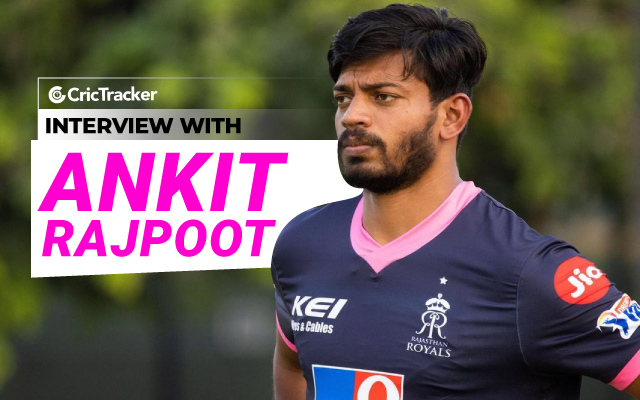 Blooming from the city of Kanpur, Uttar Pradesh, Ankit Singh Rajpoot has etched his name well in the domestic circuit and IPL arena. The right-arm pacer marked his debut in the 2012-13 Ranji Trophy for Uttar Pradesh and scalped 31 wickets in seven matches in the season. Rajpoot rose to great fame and limelight in 2018 IPL when he named a prestigious five-wicket haul on his name by conceding just 14 runs against Sunrisers Hyderabad.

He achieved this feat while plying his trade for Kings XI Punjab, and he was fetched by the franchise in the same season at a whopping amount of INR three Crore. He was named as the player of the match for his brilliant spell, and it became the best figures by an uncapped bowler. He kicked off his IPL journey under the able guidance of MS Dhoni in Chennai Super Kings. On his debut, he dismissed Mumbai’s skipper Ricky Ponting in the very first over of his spell.

He was recently present at Ekana International Stadium in Lucknow on the final day of the Red Bull Campus Cricket National Final event. The best performing athletes get further opportunities with Rajasthan Royals, and Rajpoot was there on the final day for the talent scout programme.

Excerpts from an interview of Ankit Rajpoot

How was IPL 2020 for you, and how was it different from other seasons?

The season didn’t go very well with me on an individual level. I expected it to be better but couldn’t achieve what I wanted.

Since you all were in the bio-bubble this year, did you feel very restricted, or was it fine?

It was fine, it was great rather. We didn’t feel caged at any time because we had our private beach. We enjoyed it there and played volleyball in our free time.

How do you see Red Bull Campus Cricket as a platform for the development of young and aspiring cricketers?

I think it is the best opportunity for college students to represent their country at international levels.

You have played IPL for various teams and under different captains? Can you share your experience of playing under the captaincy of MS Dhoni?

Dhoni bhai is calm. His captaincy style is very unique. I played two seasons for KKR also, and Gauti bhai’s captaincy is aggressive, but I learnt a lot from him, and my game developed a lot under his captaincy, I feel.

Your five-wicket haul came against SRH in 2018, and those were the best figures by an uncapped player. Please share the magical feeling.

Actually, I didn’t know that I am the first uncapped player to register those figures but knowing that felt good. After those figures, everyone had eyes on me that how will I perform next. 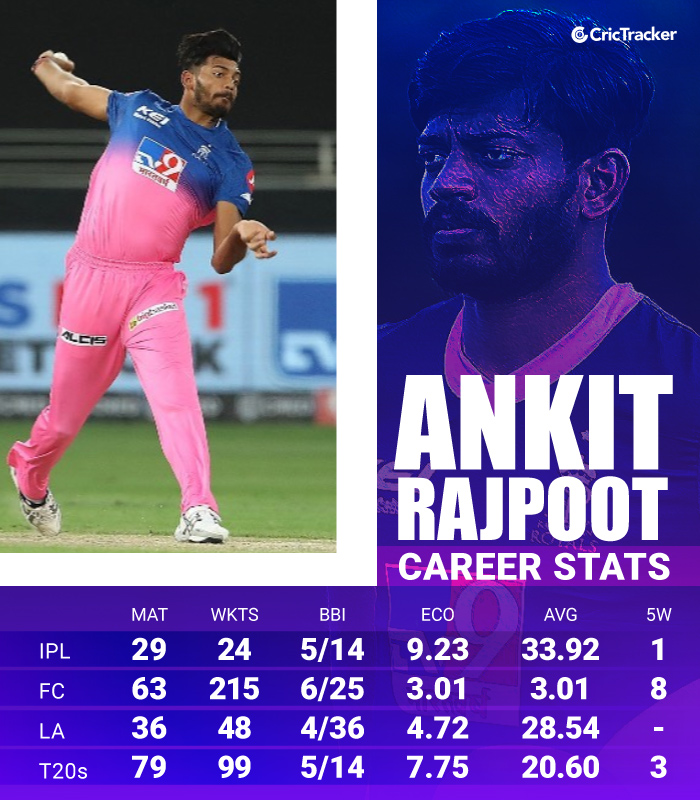 Now you are playing under the captaincy of great Steve Smith, and Australians are known for their culture of sledging. Is there any such thing in the RR squad?

Steve Smith is a great skipper, and no, there isn’t any scene of sledging in Rajasthan lot.

How do you feel Red Bull Speedster being a fast bowling talent hunt for aspiring players, and what quality would you look for in bowlers?

I think it is a great platform, and I look for quality bowlers. They should be able to swing the ball. Even if they are not able to pick wickets, the swing must come.

Ekana is emerging as a great venue for cricket events. Do you think more international matches should be staged here?

Yes, it a great venue already. I always discuss it with high officials of Uttar Pradesh to try bringing more matches here. The audience of Lucknow is great, this city has great connectivity and facilities in all terms.

So, how are you aiming for better performances ahead and, of course, for your international debut?

I keep seeing my videos, I know where to improve and which areas to work on. I am trying to come with better things definitely.

There are often instances when the smallest of mistakes by players start a discussion among media? There is a lot of pressure you all handle on the field and then how does this negativity impact you?

Yes, it’s fine. I think it is the media’s work to point our mistakes and then only we do well. So for me, I think it pushes me to do better. Also, the same media keeps us on high pedestals when we do well on the field.