Greatest players in the history of IPL #5 - Lasith Malinga

Greatest players in the history of IPL #5 – Lasith Malinga

His slinging yorkers with a subtle dip whipped the defenses of so many technically sound batsmen and that was his signature as a cricketer.

Arguably one of the finest limited overs cricketers of all time, Lasith Malinga is inching closer towards the final few days of his career. It’s needless to say that the Lankan legend has already left an everlasting legacy behind and a lot of batsmen would be breathing a sigh of relief. There was no way this list would be complete with his presence.

Lasith Malinga has represented the Mumbai Indians right from the very first season. His slinging yorkers with a subtle dip whipped the defenses of so many technically sound batsmen and that was his signature as a cricketer. On so many occasions for the Mumbai Indians, he made the difference between his side winning and losing the game.

One of the greatest achievements of Malinga is that it took almost a decade for batsmen to read his deliveries and face them accordingly. Till date, even the sight of that man with colored curly hair tends to shiver so many batsmen.  Malinga, time and again, was lethal in the death overs and without a shadow of a doubt, he is IPL’s ever greatest fast bowler.

Malinga was pivotal in the 2010 season when the Mumbai franchise reached the finals before narrowly losing out to the Chennai Super Kings. He picked up 15 wickets at an exceptional economy rate of 7.01. Whenever skipper Sachin Tendulkar was in a precarious situation on the field, the ball would be heading only one direction, towards the Lankan maestro.

He was at his devastating best in the 2011 season, which took place just after the World Cup. Not many expected Malinga to perform this way especially after that heart-breaking loss to India in the final of the World Cup. But once the Purple cap got on his head, it never left him till the end of the season. His economy that season was 6.3, which is as good as one can ask for.

And he never looked back!

With time, facing a bowler sometimes gets easier as they try to understand his mindset and variations. But with Malinga, it’s the other way round. With every passing season, Malinga would get even more lethal and he was outstanding in the final of the 2013 season, where he rattled past the top order of CSK with ease. Mumbai lifted their first IPL title that season and bid farewell to the legendary Sachin Tendulkar in a grandiose way.

Mumbai had a horrendous start to the 2014 season, but they made a fairytale comeback and reached the playoffs. Malinga was a pivotal part of that lineup and picked up 16 wickets that season at an economy under 6.5. It really could’ve been one of the stories of the century if Mumbai had won the IPL, but it wasn’t the case.

However, they were keen to script a fictitious story in reality, which they did quite amazingly in 2015. Once again, the start was disastrous but somehow, they managed to finish second in the group stages. They eventually lifted their second title and Malinga had collected a whopping 24 wickets at an economy of 7.4.

He didn’t feature in the 2016 season due to an injury but came back for the 10th edition. He didn’t get to play many games that season, but in the final against Rising Pune Supergiant, he was at his brutal best in the death overs, reminiscing the good old times and battered all the critics who said Malinga’s good days are behind.

One of the finest to have graced the gentleman’s game, Malinga was a true gentleman, outright entertainer and his captain’s most trusted and potent weapon. Malinga is the highest wicket-taker in IPL history with 154 wickets after his name. For the 2018 edition, he will be in the coaching staff heading the bowling department. 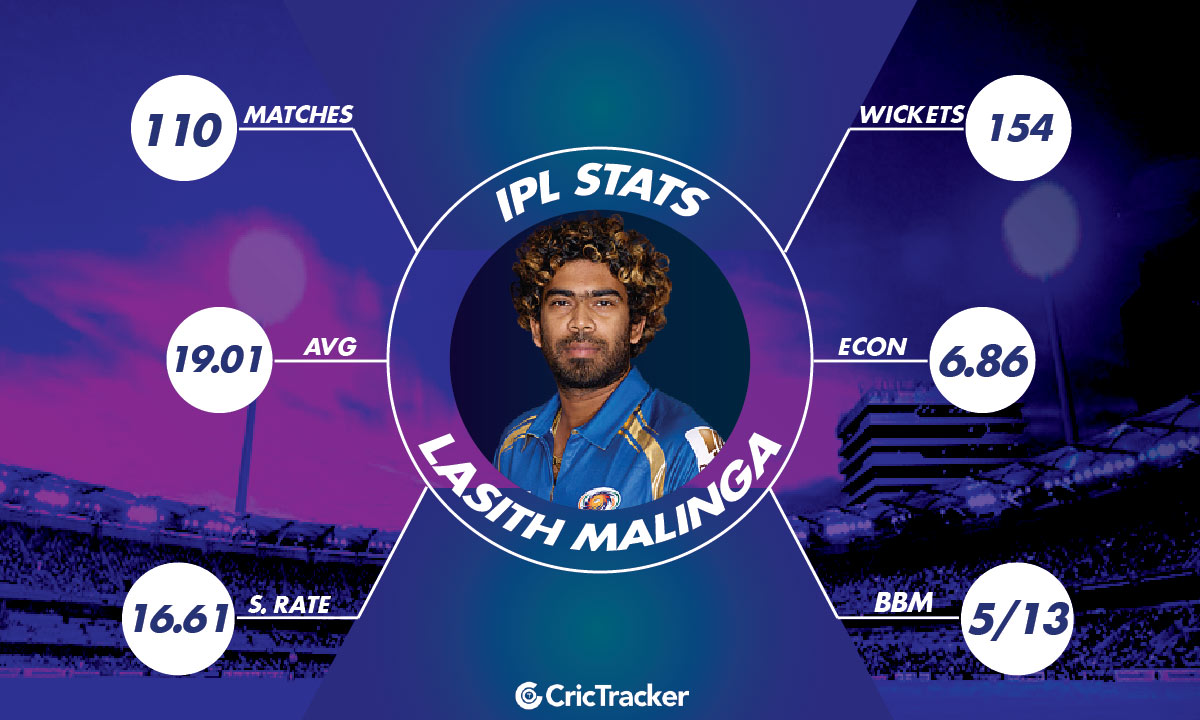 For more such stories and news please visit www.crictracker.com